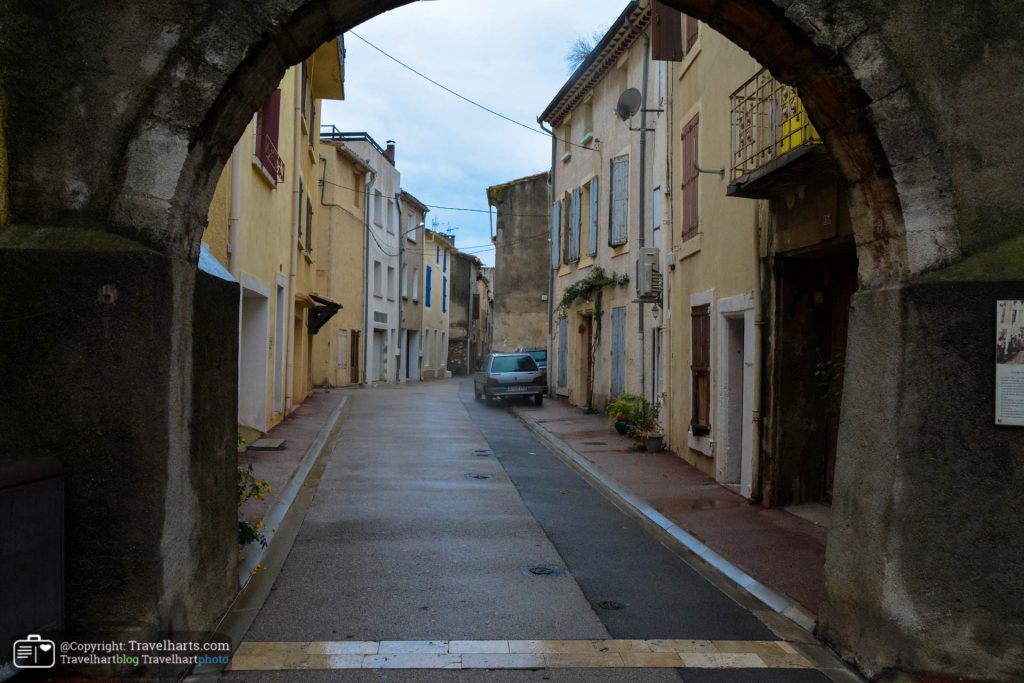 Some like to go on holiday to the beach. Cocktails and ice creams all day, snorkeling with colorful fish, reading a book or sunbathing. Others like to go to a cabin in the woods. Birds spotting, feeding the squirrels, going for nature hikes. Some prefer the mountains with snow, skiing and cheese fondue. Others choose a lively city with historical buildings, museums and a busy nightlife. Whatever your destination is, sometimes things happen that you did not take into account. This story is about one such events. I usually like to write positive stories, but if you don’t mind ‘horror stories’ either: by all means continue reading.

When I booked our holiday home in a small village in the south of France little did I know that there was going to be a hurricane in Portugal and Spain. Let along that the tail of this hurricane would fly over our chosen destination, almost turning our already challenging autumn vacation into a disaster.

Coursan, according to Wikipedia a town with 6000 inhabitants situated near the river Aude. The gateway to the Aude, French Voyage calls it, as since Roman times people came through this village following the Via Domitia that led from Italy to Spain. Coursan was a place where travelers could have a rest before continuing their journey. What better place to recharge our batteries than here, so we thought. The apartment we were staying at even had a small private playground for our daughter. And to be fair: the first few days she had a good time there, especially with a racket and a ball tied to a pole. She might one day become a powerful tennis player as she has a good smash.

However, we were not so happy. Just before we arrived our hostess sent us a message saying her husband had to undergo an unexpected operation that day. When we met and I asked her about it she said that it had gone well. As we put our car on the driveway I noticed the first cat poo. I showed her and she quickly cleaned it up. We jokingly said to one another that maybe her husband was the one always cleaning up the mess. Whether that was actually true or not, both my husband and I managed to step in some more cat poo within two days time. Could it be that her husband was the one who always cleaned up the mess? How dirty this might be, this was only a small worry during our first few days.

The day we arrived we noticed there were quite a few mosquitos in the air as well as in the house. I must say the French like their insect repellants. Instead of installing insect screens they prefer a highly toxic spray or two … or three. So up the shelf they went to prevent Eryn from reaching these cans. Luckily my husband is a good mosquito catcher so soon the house was bug free. Or so we thought.

I still could not sleep. No matter how hard I tried I kept on hearing a buzz and it was driving me crazy. Whether it was some appliance that had the same frequency as a mosquito or it was just me imagining the sound I don’t know. All I know is that sleep was something I would not get in this place. I did not really wonder why there were so many mosquitos. Maybe I should have?

The tail of the hurricane.

On our second day in this place it started raining. I had done the laundry and was just in time bringing it inside before it got all wet again. As the evening set in my husband started to cook. This was yet another frustration in this temporary home. There was no exhaust hood. In an attempt to get some of the gas and smells out of the kitchen the door needed to be opened but there were the mosquitos again, waiting for their chance to get inside. So the sliding door between the kitchen and the hallway needed to be closed at all times. On top of that everything in the kitchen seemed to be sticky and there was no proper coffee or tea cup to be found. 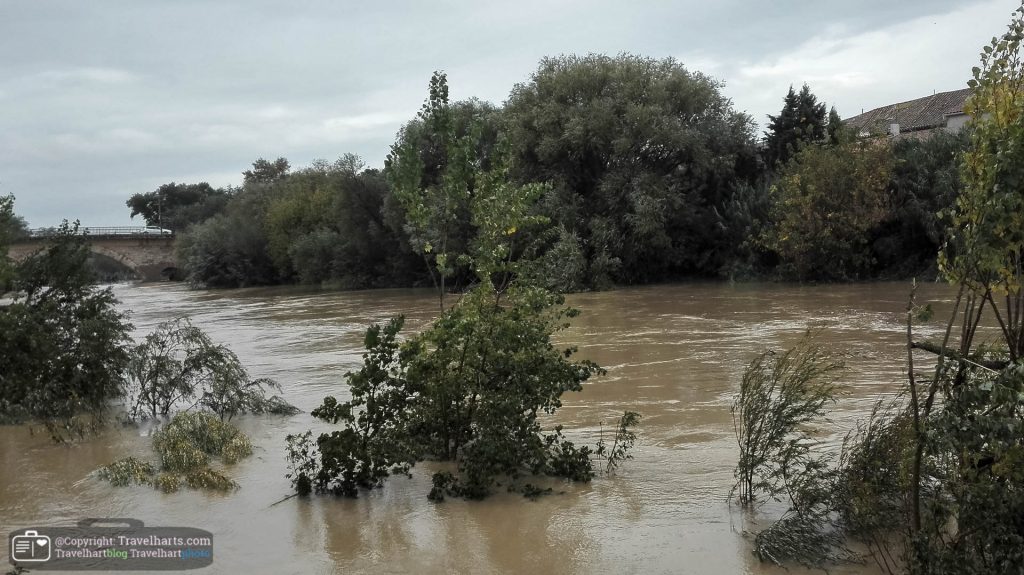 At night the rain didn’t stop. It only got worse. That morning our hostess came by to let us know that the Town Hall had contacted her and that it had given out a red alert. The river Aude was about to overflow. They had discussed the situation and had concluded that for us it would be safest to stay inside all day. The red alert would end at 5 pm. This house was supposed to be higher than most of the neighboring houses and so it would not get flooded. It had never happened before, so she said.

I believed the last bit, but was not confident her house was safe in case the water level in the river would get too high. After all: it was a hurricane that was causing it. And how often had they experienced the tail of a hurricane before? So I asked her what the meeting place was in case this place would get flooded as well. She tried to ignore it and kept on reassuring me the place had never flooded before. The third time I asked her she hesitantly mentioned the Town Hall. As soon as she knew more, she would let us know. And if things got bad, she would come to evacuate us to her house, which was upstairs. I had absolutely no confidence in this approach, but what else could we do but stay inside and wait?

That morning my husband had bought enough food to survive for some time. The day before we had gone to the supermarket where we had bought two DVDs because by now Eryn had watched all of her dvds. They would be in Dutch, so the wrapping said. They weren’t, but at least they had the original version in English too. So we spent day sitting at the creacking couch watching Happy Feet. The second DVD scared Eryn, so we watched the penguins twice instead.

At 5 pm I texted our hostess again, since I hadn’t heard from her. She texted me back that the red alert was extended to 8 pm. She was so sorry as this had never happened before. Two hours later – we had put Eryn to bed – the Town Hall extended it to 11 pm. So we put all our belongings high up in case things would go wrong and we would get wet. One emergency bag to bring along with a dry blanket, first aid, food, water and more was ready to grab in case it was necessary. My husband insisted he would awake until 11, but I went to bed.

That night I could not sleep, neither could my husband. Even Eryn was very restless. Just before midnight I checked the internet. One of the headlines was ‘Villegailhenc and Coursan under water’. That could not be right! We were still in bed and dry. So once again I texted our hostess. She replied quickly: the story was false and the danger was actually gone according to the Town Hall. It was safe to go to sleep as the water would not rise above the walls. I was so tired that I decided to go to sleep. 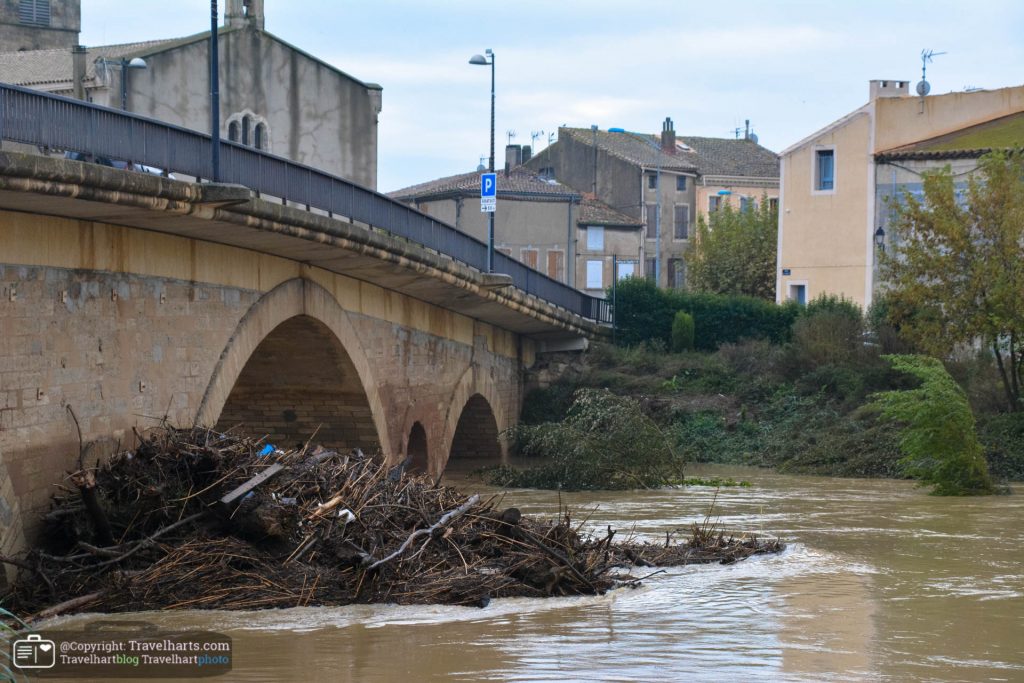 When I woke up the first thing I did was check the news. ‘At least 13 dead’ the news sites screamed. It was shocking to read how sad the situation was in the neighboring villages. The next thing that came to mind was: how is the situation now? Was there still a risk in Coursan? Were we safe? Could we go somewhere that day or did we have to stay inside for yet another day? Bridges had collapsed; people had lost their belongings, their lives. In Coursan alone 300 people had been evacuated. This was one of those moments that you feel almost guilty for being relieved that you’re ok, because so many others were not. It wasn’t until we went outside and walked along the river that we realized how lucky we had been.

The water had risen over 6 meters (19.7 feet) and was only half a meter (1.6 feet) away from the top of the riverside. Yes, our street had been a couple of streets away, but our street was not as high up as our hostess had tried us to believe. It even went downhill. So if there had been more water, the river had come over the wall and we would not have had dry feet. Later that day we drove past flooded fields and roads that could no longer be used. We saw trucks preventing cars from entering flooded roads, rescue helicopters circling in the area and rescue workers with boats in action as we went for another rainy adventure in the old city of Carcassonne.

That day we counted our blessings. Yes, we did have cat poo, mosquitos and a dirty house, but at least we were safe and dry. Maybe next holiday we should consider cocktails and ice creams at the beach? 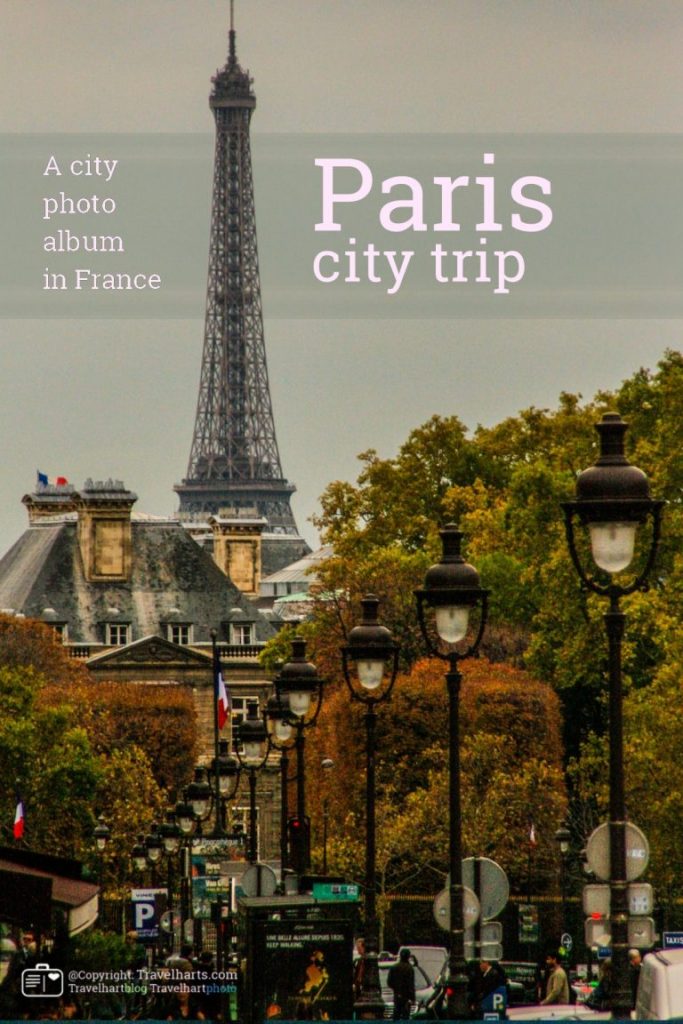 We also have a photo site. After this ‘horror story’ our photos of Paris seem even nicer!

Paris. You heard about it and know where it is. City of love and the Eiffel Tower. A place where you keep on taking great photos. A place everyone must see! 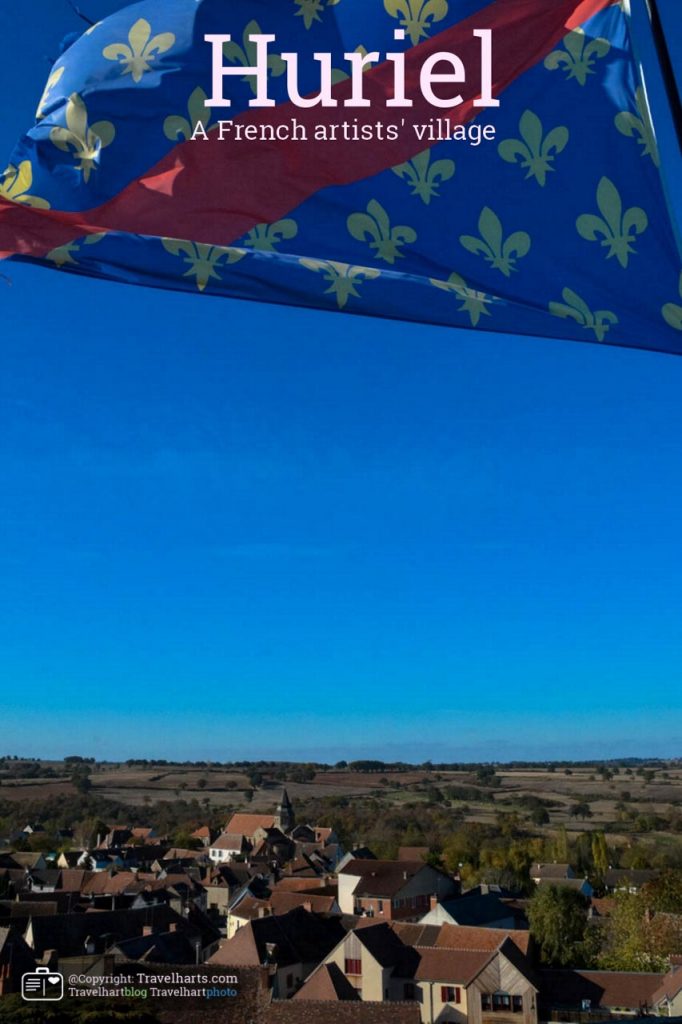 Why don’t you check out my story on Huriel to read a more pleasant story about France?

A description of the French town Hurriel with its old church and Donjon. Also about the gîte LesCalaubys, the marionettiste and the local playground. 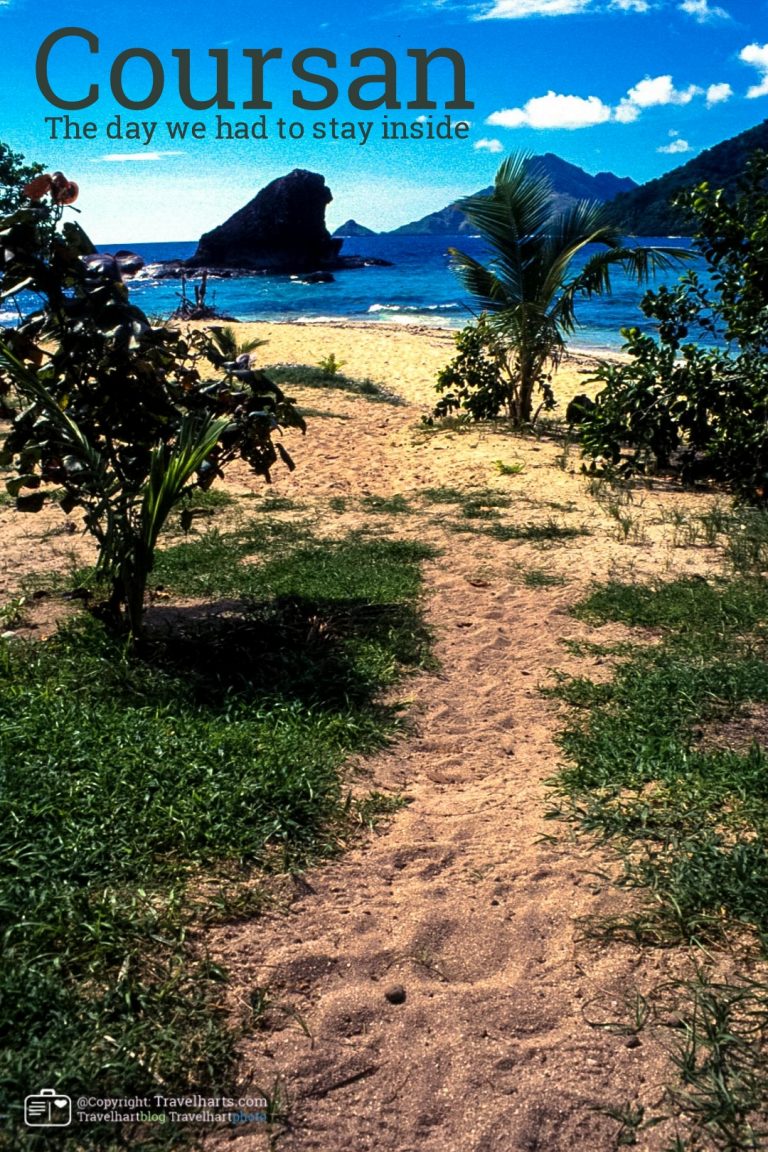