To most of you these words don’t mean anything, but there is a small group of people that immediately understand what it’s referring to. For over 5 years now we organize an annual outing to the Efteling. This is the largest entertainment park of the Netherlands and one of the oldest in the world. These are the first sounds of the theme song of ‘Carnaval Festival’, one of the children’s main attractions of this entertainment park. And once they get into your head, they will stay in your head. All day.

Unlike the previous years, there were five children in our group and no adult thrill seekers. The only thrill seeker was a four-year-old, but most of the roller-coasters in this park are not suitable for her age. So it was going to be a less-exciting day, you think? Think again!

We first had a short visit to the toilet. A tip: when you have young children that start potty training, it’s best to use the toilets for the disabled as there is hardly ever a queue and children usually can’t wait long enough. As soon as we were all gathered together again we started heading through the fairytale forest.

This is one of the oldest parts of the park – it opened in 1952 – but still the most memorable one for small children. You don’t have to wait and there are many interesting things to see.

A few years back at the beginning of the day some of the women in our group had to go to the toilet. In the meantime the rest of us, mainly male, were going to get us (free) tickets for the show ‘Ravelein’ at the ticket machine halfway in the park. However, one of them thought there would be a shortcut through the fairy forest. They got lost.

When half an hour later the toilet visitors almost reached the ticket machine for Ravelein, the others came running out of the forest. It was hilarious to see. We couldn’t stop laughing. They refused to enter the forest for the rest of the day.

This year no one got lost in the forest. We enjoyed the red dancing shoes, visited the King of Trolls, watched Sleeping Beauty sleep in her castle and got scared staring at the dragon. The children were fascinated by ‘Langnek’, one of the main characters of the park. He sits in the forest, but when he stretches his neck he can see everything that is going on in the park.

They also put some pieces of paper in the mouth of ‘Holle Bolle Gijs’. And still he kept on saying ‘I’m hungry. I’m so hungry. Paper here.’ But when one girl treated him with an entire folder she managed to shut him down. 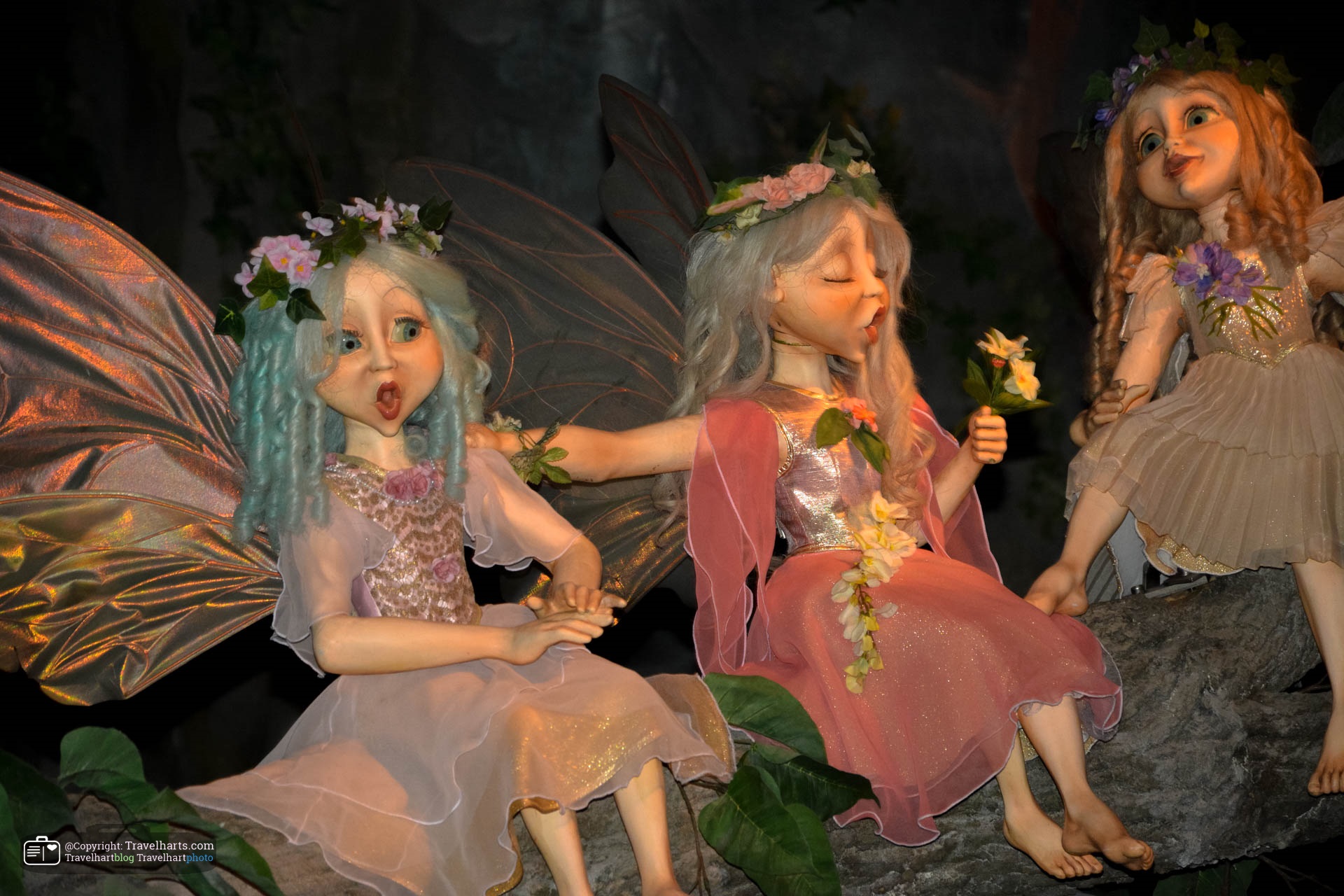 The first attraction of the day we had to queue for was called ‘Droomvlucht’ (Dreamflight in English). We had to stand in line for about 20 minutes, during which we could walk almost constantly. Even the youngest in our group, a one-year-old, was able to keep up. And then it was time to see fairies, trolls, even unicorns. The ride lasts for about 6 minutes and it is worth every minute. Even though it is in the dark and in the end you go down 13 meters, spiraling past the magic world, no one was scared. We ended in a souvenir shop and a restaurant. That was a good place to have some lunch!

After some grilled cheese sandwiches and a salad we left the renewed ‘Python’, Baron 1898 and the ‘Flying Dutchman’ for what they were and continued our way to Carnaval Festival. In previous years we always enjoyed these three roller-coasters, but the lines were always long. Luckily the line for Carnaval Festival was one where we could continue to walk. And again even our smallest group member walked along.

The ride itself is always very cheerful. Halfway we stopped. One of the adults looked worried and asked me if anything was wrong. I reassured him that there were probably people in wheelchairs that had to get in or out of the attraction. We noticed that in other rides they were quite good at helping people in wheelchairs. We soon continued our travels through the world along with Jet and Jokie. 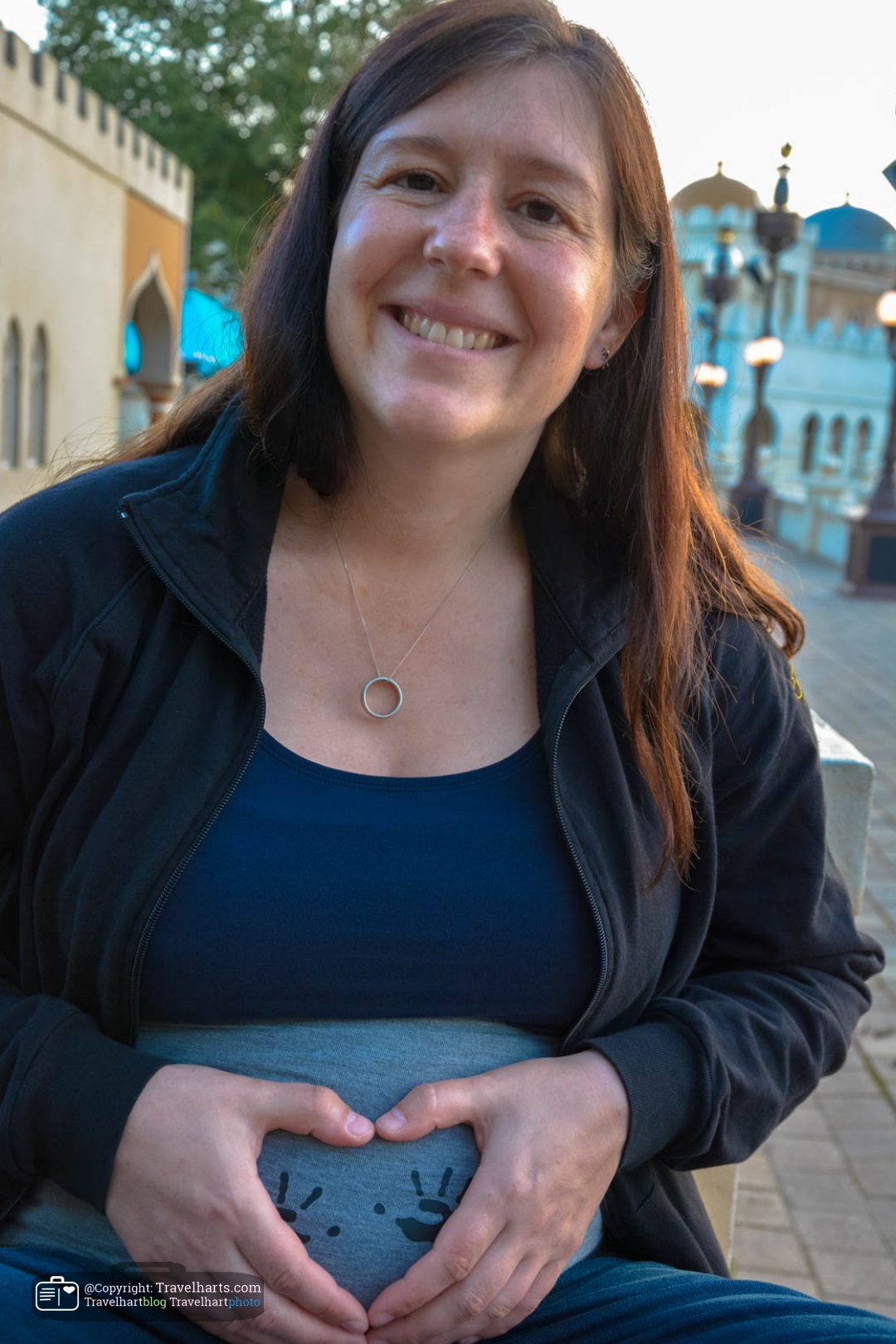 Next to the Carnaval Festival was ‘Monsieur Cannibale’. This attraction was in the news a couple of years ago, because people believed it to be racist. However, Monsieur Cannibale still stands in between his cooking pans, in which visitors can take place. They spin and spin and personally I can’t take all that spinning. I get nauseous. So I was standing on the side while my brave 3-year-old daughter took place in one of the pans with her Godmother and 4-year-old friend. They were screaming and laughing, while I stood there with a mixture of pride and fear.

Time is always flying when we’re in the Efteling, so we started discussing what attractions we really wanted to see that day. The answer was simple: all the children love trains. This entertainment park has a steam train that goes around the entire park and has two stations where you can hop on or off. Even the buggies that we could fold and put under the seats were allowed in the train.

On the way over we went in the ‘Children’s Railway’. That gave us adults that had to do most of the cycling some good exercise! These small trains were followed by a ride in the proper steam train.

While we were moving past all the attractions we started discussing whether our 4-year-old thrill seeker could go in one of the roller-coasters of the park. She could actually go in the ‘Bob’, but this bobsleigh ride is going to stop soon, so it might be better to wait for the new ‘Max and Moritz’ ride that replaces it.

She could also go in the middle of  the wooden ‘Joris and the Dragon’, but my daughter Eryn and the other children were not allowed yet, so we decided to give up on roller-coasters for the day.

Instead we went in the Carrousel that was built between 1895 and 1903 and in 1956 bought by the Efteling. The waiting time was only a few minutes so all of us went in it, some more than once. 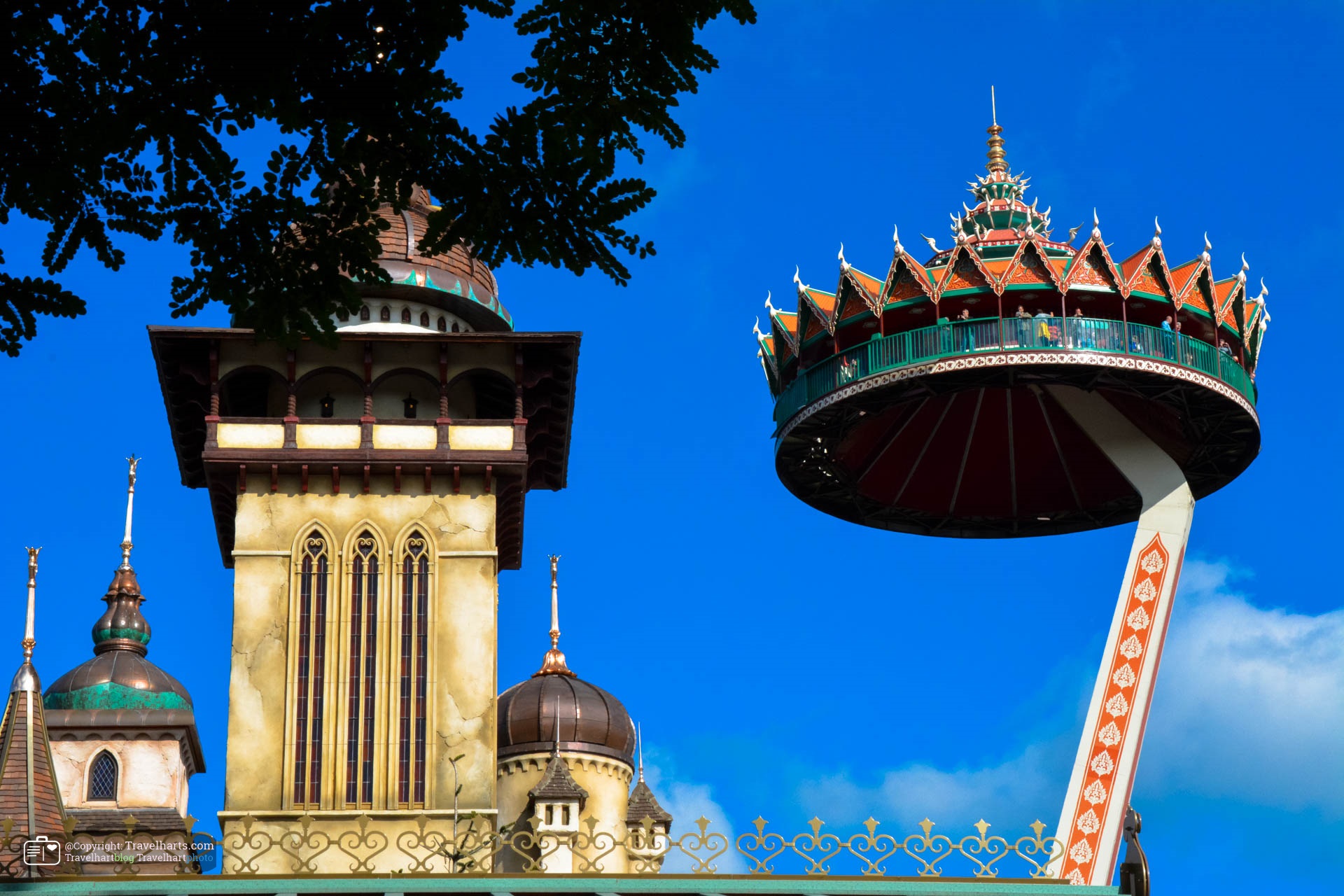 At the end of this exciting day we split up. Some went for the quite new attraction ‘Symbolica’ while others opted for the ‘Fata Morgana’. As Eryn and I had been in the Fata Morgana the previous year and we did not feel like waiting for 50 minutes we decided to go see the world inside an Eastern Palace. The Fata Morgana is a magical ride with snakes, crocodiles, huge tigers, belly dancers, camels, a donkey, but also dungeons, a wizard and in the end an enormous giant under who’s legs our boat we travelled. The sign says ‘This attraction may be scary for small children” and so it was.

The previous years we always ended the day with the water show called Aquanura. The music, water fountains, colors and fire while it is already dark is a must see to those who have never experienced it. It’s always been an excellent closure of the day. We decided not to see it this year, but I felt sorry afterwards we missed it. Maybe next year we’ll reintroduce this spectacular 12 minutes long ending of our day. This time we walked away, singing “Taaaa tata taaaa tata ta tataaaaaaaa!”

If, after reading all this excitement, you like to get some peace and quiet, have a look at the photo album of Yosemite National Park.

In a previous story on my blog I wrote about the French Entertainment Park and Zoo called Touropark Zoo. 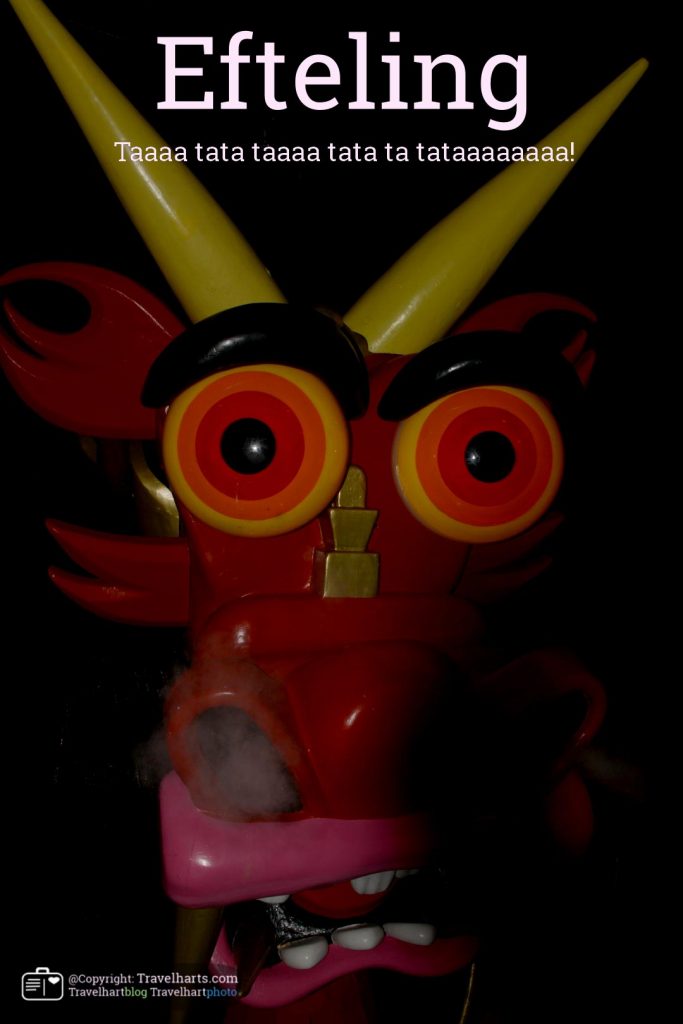