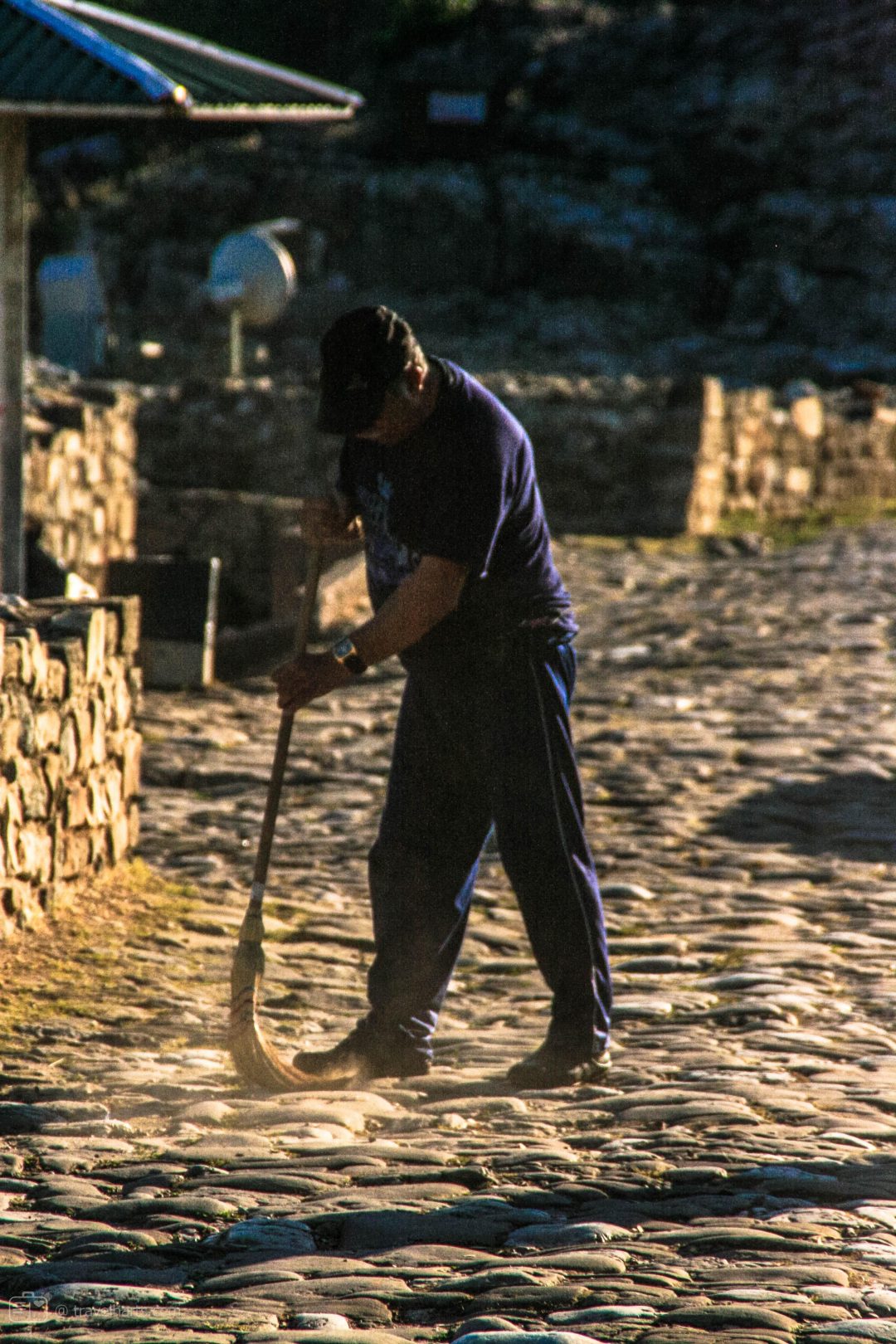 We took this photo in 2012. One of our friends was working and living in Sofia, the capital of Bulgaria. When we came to visit her and her family, they took us on a day trip to the old city of Veliko Tarnovo.

We were very early and there was hardly anyone around. However, there was one man sweeping the entrance road to the old city. This ‘city of tsars’ used to be the capital of the 2nd Bulgarian Kingdom. Tarnovo lies on 3 hills and the name means ‘thorny (city)’. Velico was added later. It means ‘great’. That morning there was a lot of fog surrounding the hills, making Tarnovo a mysterious yet beautiful place to visit.

As the man kept on sweeping, a dog was waiting near the entrance gate. The water of a tank truck other people were using was all over the road. We had to wait for the gate to open, so we walked around for a bit. It was then that we managed to capture these early morning images.

In 2012 we went to the medieval capital of the 2nd Bulgarian empire. There were not many visitors. We loved it and have the photos to prove it.