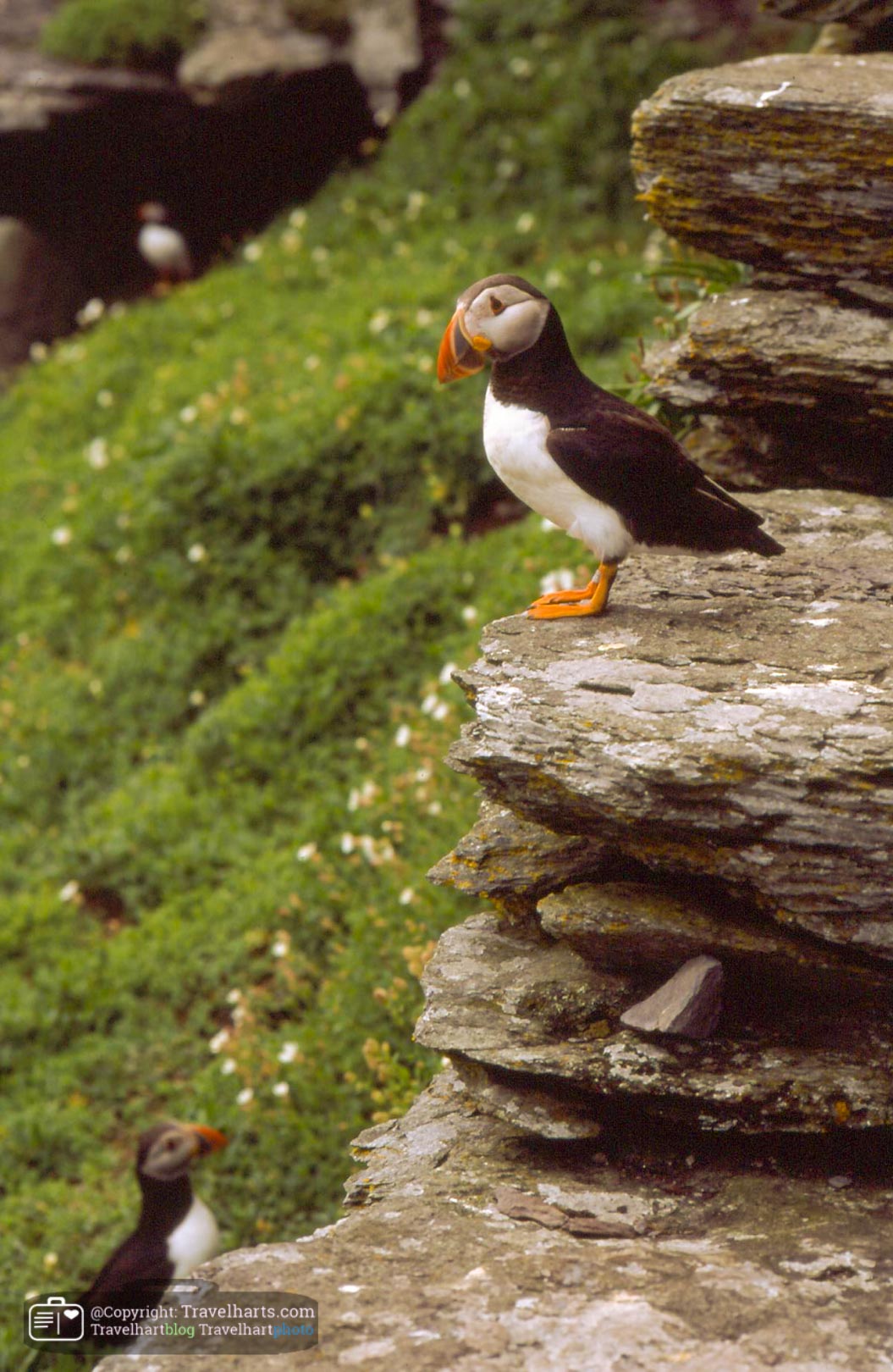 Off the coast with Ireland lies a small island called Skellig Michael. Together with the neighboring Little Skellig these two islands go by the name ‘the Skellig Islands’. They are home to a broad range of birds. Skellig Michael also has the remains of an old monastery on it.

My friend and I stayed in a building that used to be a school. To reach the dock we had to walk for an hour. Halfway were a shop and a pub, where they served excellent food. We did not book this island experience in advance. Back then there were not many tourists around so we had no trouble getting to the island. We just showed up at the right time and asked if we could come along to Skellig Michael.

Once we had reached the island of Skellig Michael I was having the time of my life. The puffins seemed to have taken over the entire island. I was so glad I had brought my camera with me, because I could not stop taking photos. This is one of the many I took. The bird on this photo almost seemed to pose for me.

We walked the steep steps all the way up to the monastery. It was nice to see the old remains, but the puffins made a far bigger impression on me. After several hours between mainly puffins the boat was ready to pick us up and bring us back to the mainland.

After this photo was taken.

As I stepped into the boat all of a sudden my shoes felt strange. I had a good look and noticed that the soles of both my shoes had come loose. They bend double without any problem. I must admit: my shoes were old, but they had been of great quality. They had been all over the world and never had failed me.

The rocky steps of the monks had made this their final journey. When we reached the other side I took off my shoes and walked back to our accommodation on my socks. That hour walk I felt a bit closer to the monks of Skellig Michael. 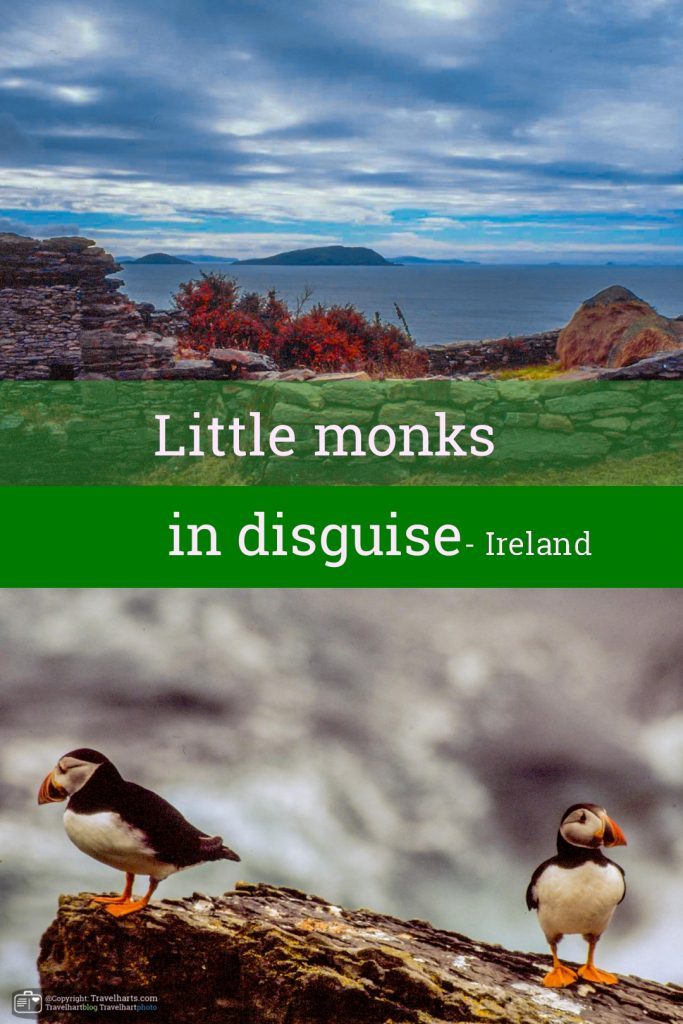 I also wrote a story about puffins on our blog. If you like to read it, click here.

A story about puffins. I visited these birds on Skellig Michael, an Irish island, which once was home to monks. Only a few amount of tourists can go there. 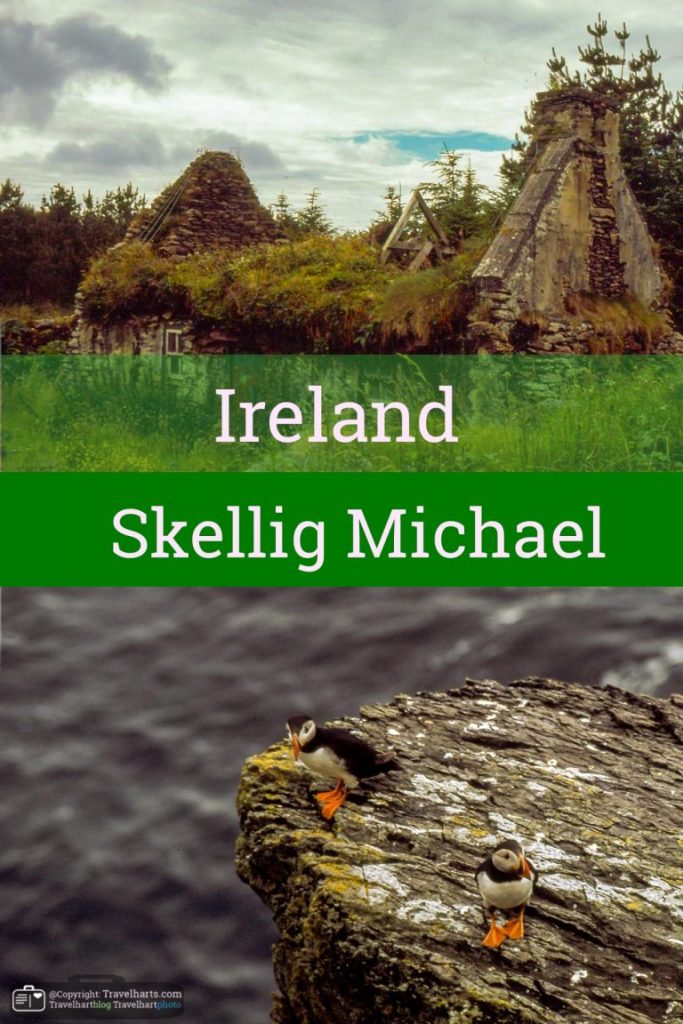 Near the southwest coast of Ireland lie two islands called ‘the Skellig Islands’. They are the habitat and nesting area of various species of birds.