As a child I always had a thing for Australian tv-series. Or maybe a thing for Australia, that’s also possible. When I was eight years old I used to watch Secret Valley.  This was a serie about a children’s camp with ponies. There was a nasty property developer with one squicky glove who wanted to close down the camp. There were also some mean kids, one being called Spider. I loved watching the kangaroos, the koala’s and other animals that I never got to see in real life.

I could sing the theme song along. Back then I did not know that it was actually the tune of ‘Waltzing Matilda’, Australian’s unofficial national anthem. The first time I heard the real Waltzing Matilda, I was pleasantly surprised to find out that I already knew the tune!

Secret Valley was on only once a week for 30 minutes. I always made sure I was home to see it. Mind you: this is in a time before Netflix, missed programme sites or dvd boxes. The only way to see it later on was to record it on a VCR player, but as far as I can remember we did not get one until much later. 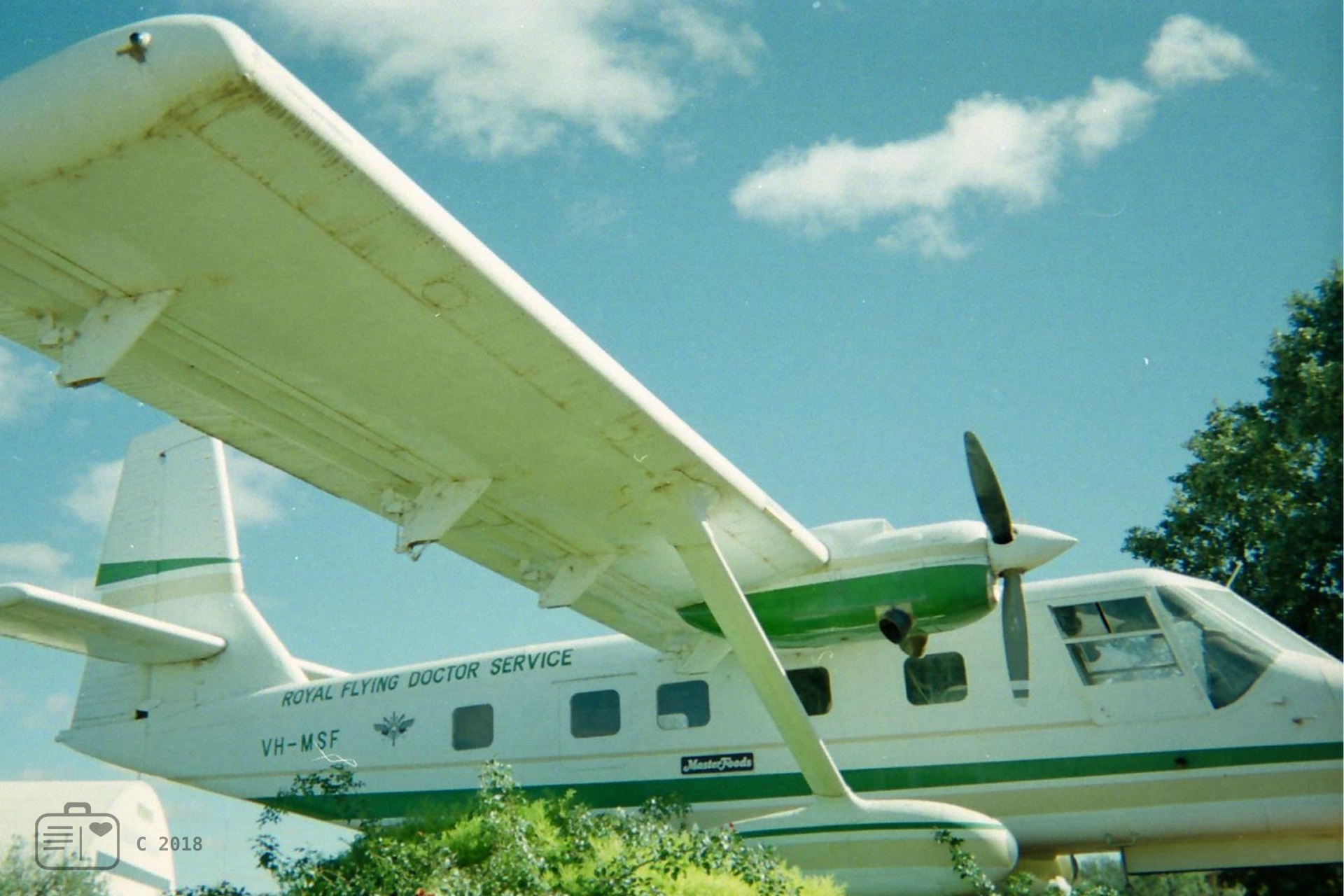 In 1986 the success of a mini-series led to what would become 9 seasons of The Flying Doctors. This serie was also broadcasted in the Netherlands and – again – I was glued to the tv. However, I did not realise that  much later, in 2000, I would visit the real Royal Flying Doctors Service (RFDS) in Broken Hill. Time went by. I finished school, went to University in Utrecht and then on exchange to Wales. I then graduated and decided this was the time to take a year out to travel until my working life would start. So what country would be op top of my list to visit? It would have to be one that had my interest, one where I spoke the language, one that would take time to travel around in and one where I could earn a little bit of money while I was travelling.

Australia seemed ideal in all ways. I was 25 years old and back then it was only possible to apply for a working holiday visa until the age of 26 (these days it is possible until the age of 30). So I worked for half a year to earn some extra money to get me started. Then I got on a plane to see for myself what Australia was like.

Once down under it took me quite some time until I made it to Broken Hill, one of the 24 airbases of the RFDS. Even though some of the film locations from the tv series The Flying Doctors could easily be traced and visited, I did not intent to go there. I was much more interested in visiting the real RFDS. So the third time I visited my relatives in Orange I finally was financially able to take a bus further into the outback to arrive in Broken Hill. The bus ride itself was at nighttime. A shame, because I must have missed out on some good views on the way. Once we were there it was exactly as I had imagined it.

As a little treat I had booked myself a single room above a pub. I did not have a single room in ages and I started to miss some privacy. So I was pretty happy with the small noisy room. I did not know anyone in town, but that did not matter as I knew exactly where I wanted to go to and what I wanted to see.

After a good night sleep I decided to walk to the airbase. According to the map it did not seem like a long walk. However, when I was walking along an almost empty road and the sun started to give me a sign it was actually really hot in the outback, I laughed at myself for being this silly. Once at the airbase it was very interesting to learn more about the real Flying Doctors. It is a small base and there were not that many people around, but everyone working there was very kind and helpful.

As I was about to leave the place and walk back to the town center a friendly older woman approached me. She and her husband had just retired and she asked if I had anything else planned that day. I did not, so she drove me into town to pick up her husband. Together they ended up driving me through the area for the rest of the day.

It was fantastic! As they were from around they told me many stories I never would have known and showed me many places I otherwise never would have gone to. One of them was Silverton, a town of 50 people, where over 140 movies, series and commericals have been filmed. They also showed me the Silverton Hotel. This pub changes names constantly to feature in scenes. It contains many memorabila (e.g. of Mad Max and Priscilla Queen of the Desert).

When I was doing some research for this blog, I was pleased to read that this hotel is one of the fund raisers for the RFDS. I also discovered that they are already more than 90 years in the air. May there be many more to go.

Hats off to the Royal Flying Doctors Service!

If you like to read more stories about Australia, I can recomment ‘The Xena-fan in Sydney‘.

We also have a photo site. Check out the photos of Auckland or the Bay of Islands.