This is not an article on how to speak Italian, neither one on how to read a map of Italy. It is a little story on how the navigation system in our car gets completely lost every time it tries to bring us to an off the beaten track destination in the hills of Italy.

Before I fill you in on the details of finding your way in Italy, I first like to remark that this article could just as well be called ‘Finding your way in Amsterdam’ or ‘Finding your way in Sevilla’. Navigation systems have failed me more than once, leading us to our destination via small canals or being incapable to find a way out of a hot Spanish city. I also have to remark that this article can be applicable to more than one navigation system, as I have used many over the years and so far none has been able to cover all issues that can arise when dealing with specific circumstances.

This can lead to comical but also to scary situations. But I can assure you: this article has to be read as a funny story rather than a complaint. We always have a good story and a laugh afterwards. 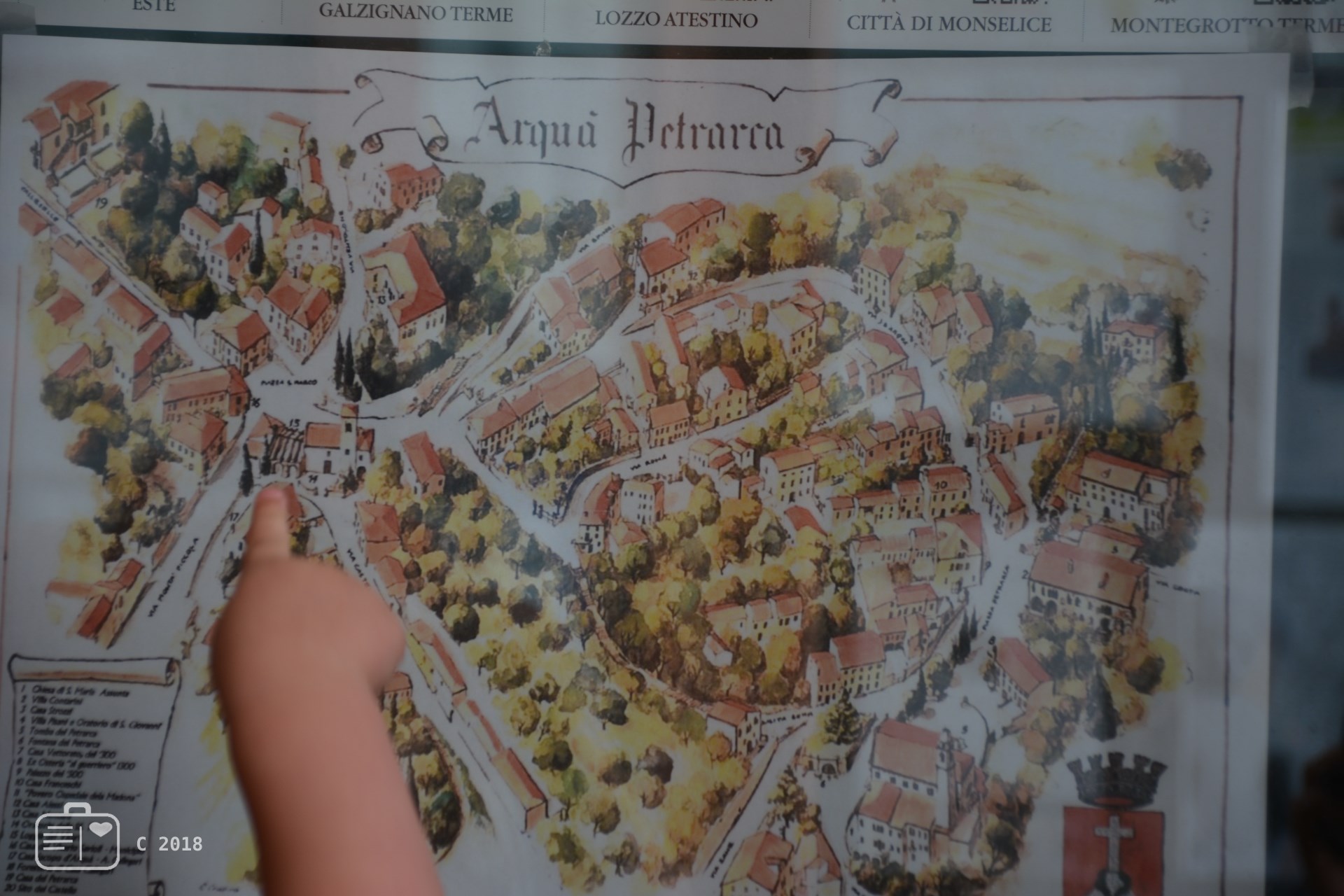 We once were staying in a B&B that was situated in a small village halfway on a hill. Our first challenge was finding the place. Our navigation led us to a street where we could park our car. Yes, it was probably the rigt streetname. However I could not find the number of the B&B no matter how hard I looked. It was a quiet town and there was no one on the street to ask. In the end I walked up to a house. A huge dog came up to me whilst I was asking for directions. He almost ate me! Yes, we were very close, but the B&B was a bit further up the hill. Not according to our navigation, which we from then on ignored every time we had to find our temporary home.

After the problems finding our stay, we should have paid more attention to the problems our ‘guide in the car’ was having, but we soon forgot. Until we wanted to go for dinner. It was already dark and we had decided to go for dinner. We found a place on the internet that seemed nearby. So up the hill we went. Higher and higher and steeper and steeper. We then noticed the road was becoming narrower until it ended in a goat track.

I can assure you, turning around on a hill in the dark on a small path with on one side a steep cliff is not something one should try often. We had no choice and I’m glad my husband is such a good driver as he kept it cool and drove us all the way back to the main road. Later on we had a look on a map to see why on earth our navigation system had chosen that dangerous path to bring us to the restaurant. It turned out the goat track was about 2 minutes shorter than the safe, well-paved, properly lit regional road that had been made at the bottom of the hill. Why choose the easy way?

When driving through hills in Italy, using the navigation system, watch out for impossible bends. Somehow we kept on ended up on the same road, driving up the hill. This road would lead to another road and cross it on our right. Instead of making a bend forward and upwards onto the other road, we would have to drive back and forth about 3 or 4 times until we could turn almost backwards down the hill. This exercise was off course not without risks and had to be done with extreme precision. I believe only a biclycle or pedestrian would be able to make such a turn in one go. Still, our navigation system believed this was the best way to almost everywhere.

During our stay we decided to visit the small but beautiful village of Arqua Petrarca. This village dates back from the Middle Ages. It is named after one of Italian’s most famous poets: Francisco Petrarca. Petrarca decided to spend the last years of his life (1370-1374) in this quiet place. I can definitely recommand to visit this beautiful village to anyone. However, I do not recommand leaving this village via the steep brick road that leads to the top of the village.

Our car – I must admit a small one – started to slow down more and more until it came to a full stop. I ended up getting out of the car with our daughter. I was too afraid we would end up driving backwards while trying to drive forwards. It was sheer luck that in his rear mirror my husband could see an empty parking spot. There he managed to turn the car around. I guess leaving this village via the same way we entered it, i.e. the paved road at the bottom of the valley, would be too boring according to ‘the demanding voice in our car’.

So here’s a bit of advice: When in Italy, once you exit the autostrada: don’t trust your navigation system. It is best to have a chat with the locals. They know the area best. Otherwise: get a map of the area and ask your passenger to become your ‘Mr or Mrs how-to-drive’. And of course honk a lot, like a local. 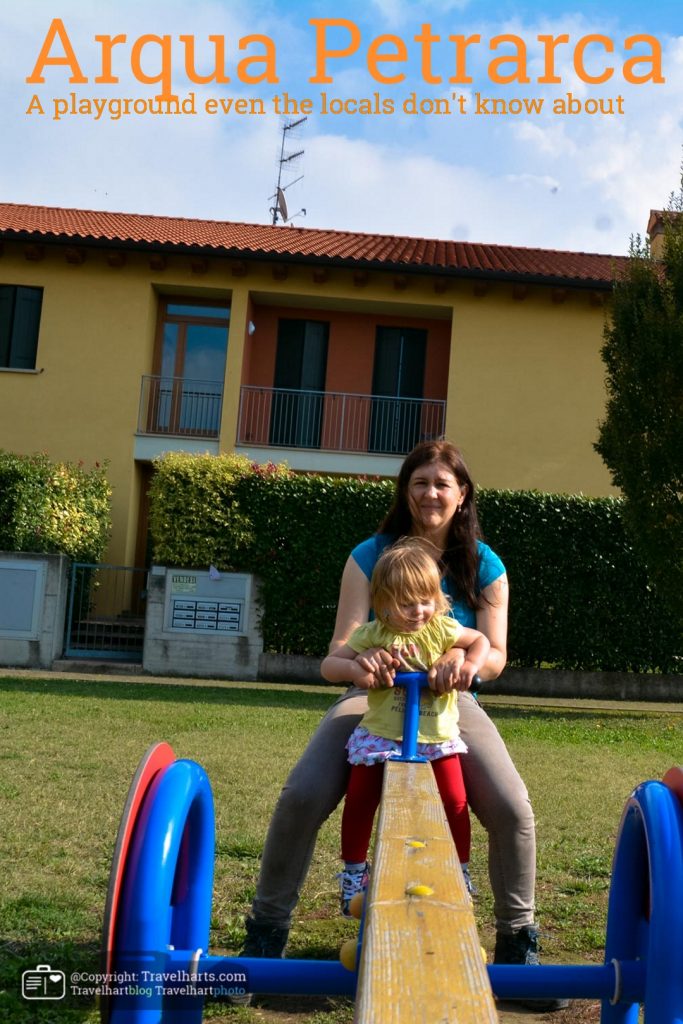 Another story that takes place in Italy is a story about a playground even the locals don’t know about.

About cultural differences. Also about a public playground in Arqua Petrarca, a pictoresque historical town in the area of Colli Euganei Regional Park.

We also have a photo site. For photo albums of Italy, click it here.

One of our favorite places in Italy is Lucca.

In Tuscany, Italy, you can visit he historical city of Lucca. Its 4 km city walls were mainly created in the Renaissance. There are walkways on top of them. 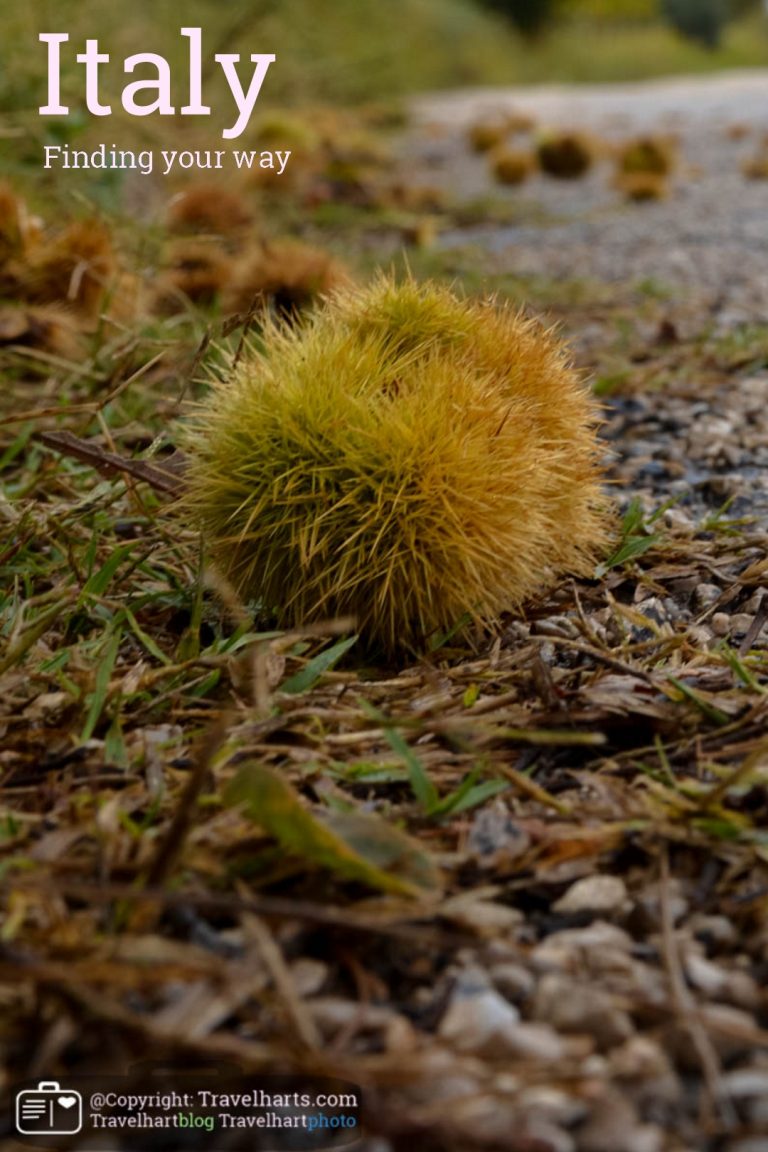