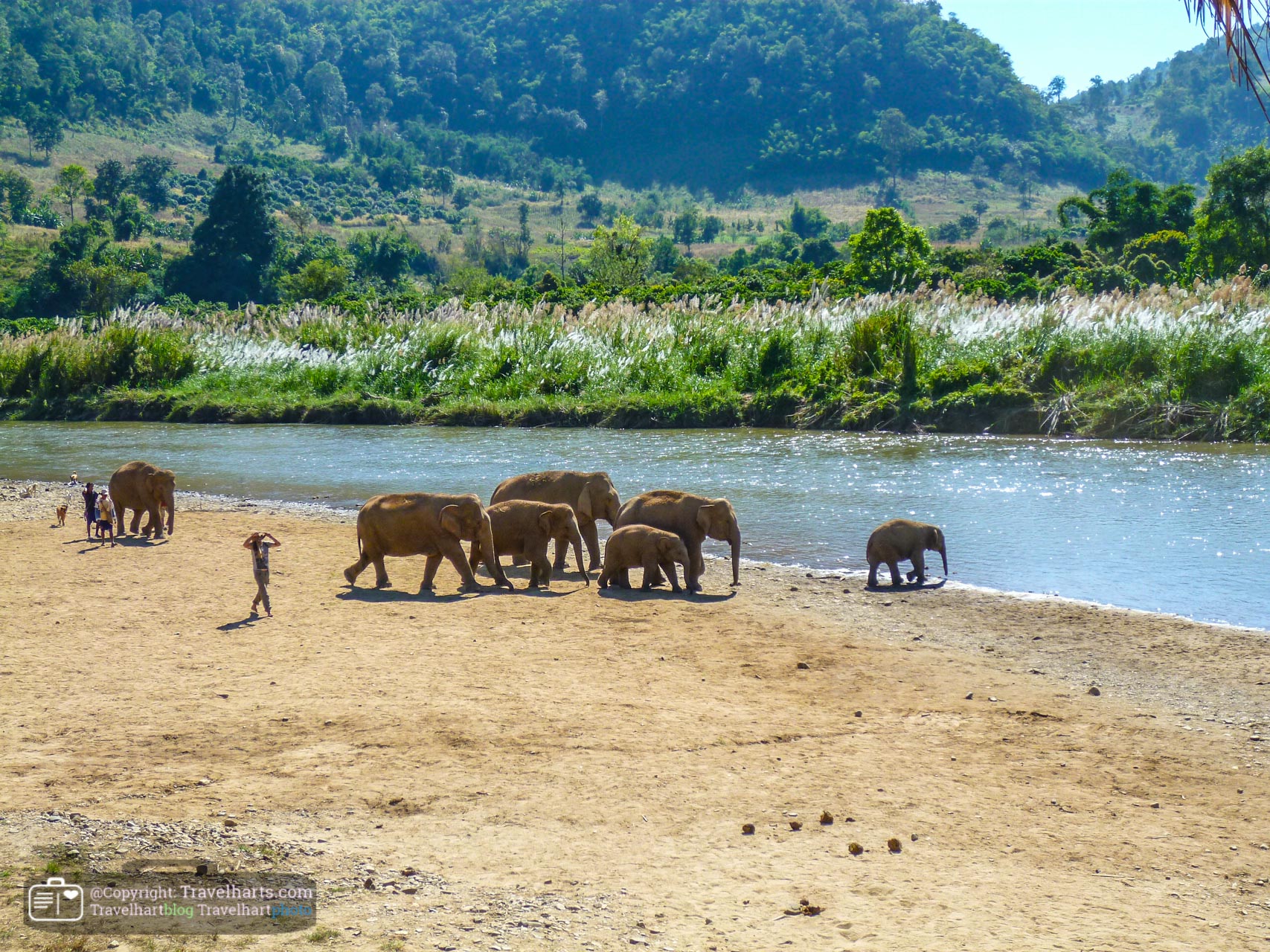 The first time I heard the name ‘Lek’ was through my dad. In a previous story I mentioned that he lives in Thailand, so that he was the one to tell me about her was not so strange. The real name of ‘Lek’ is Sangduen Chailert, but everyone knows her by the name Lek. Probably because it is easy to remember, especially for people from abroad. In Thai ‘Lek’ means ‘small’. Coming from the Netherlands to me all Thai people seem ‘small’. Small in size that is, but what this lady does for the elephants is not so small.

By the time my dad told me about her Lek had already made headlines both in Thailand and internationally. By some Lek was highly esteemed for her work as an elephant conservationist, by others she was loathed, because their elephant – their source of income – was taken away. She was involved in court sessions and had received death threats and at the same time she received acknowledgement and recognition for her work.

When I visited my dad in 2010 and travelled with him to the north of Thailand, my dad suggested we could go to ‘Lek’s park’. Since I have a keen interest in animals and by then had heard a lot about what Lek was doing, I immediately said yes. Back then there was only one park, called ‘Elephant Nature Park’. It had around 33 elephants. Unfortunately we had only time for a short visit, but during that visit we got a good impression of what the lives of the elephants in the park must be like. They were fed, taken care of, had medical treatment, bathed, were fed again and they did not have to do any tricks or carry people around.

At one point we saw a lot of dogs walking around, following a woman. They seemed to be extremely fond of her and she of them. ‘That is Lek’, someone said. Lek took her time to sit down with us, drink tea and have a chat. Whilst she was doing that, she kept on caressing the dogs. It was clear to me that she had her heart at the right place. She clearly loved the animals and knew what she was doing it for. And the animals loved her for that.

When you pick up your dictionary and look up the expression ‘a white elephant’, you wil find that it means ‘an expensive item that is troublesome or useless’. This expression actually comes from Thailand. White – or actually albino or pale – elephants were considered holy and thus needed to be fed with special – expensive – food. It is said that in the past a King gave a – lower grade – white elephant to someone whom he disliked. This elephant would ruin his fortune, because his expensive sustenance.

When you ask a Thai about white elephants, he will say that all white elephants belong to the King. It is true that these white elephants – also called ‘pink elephants’ – are considered royal. The more white elephants the King had, the more status he had. The former King – Bhumibol – had 21 white elephants, which was the greatest number ever. For those who don’t know who he was: Bhumibol was a very beloved King amongst his people. He gave some of his elephants royal titles as well. Unfortunately only 11 of these 21 elephants are still alive. 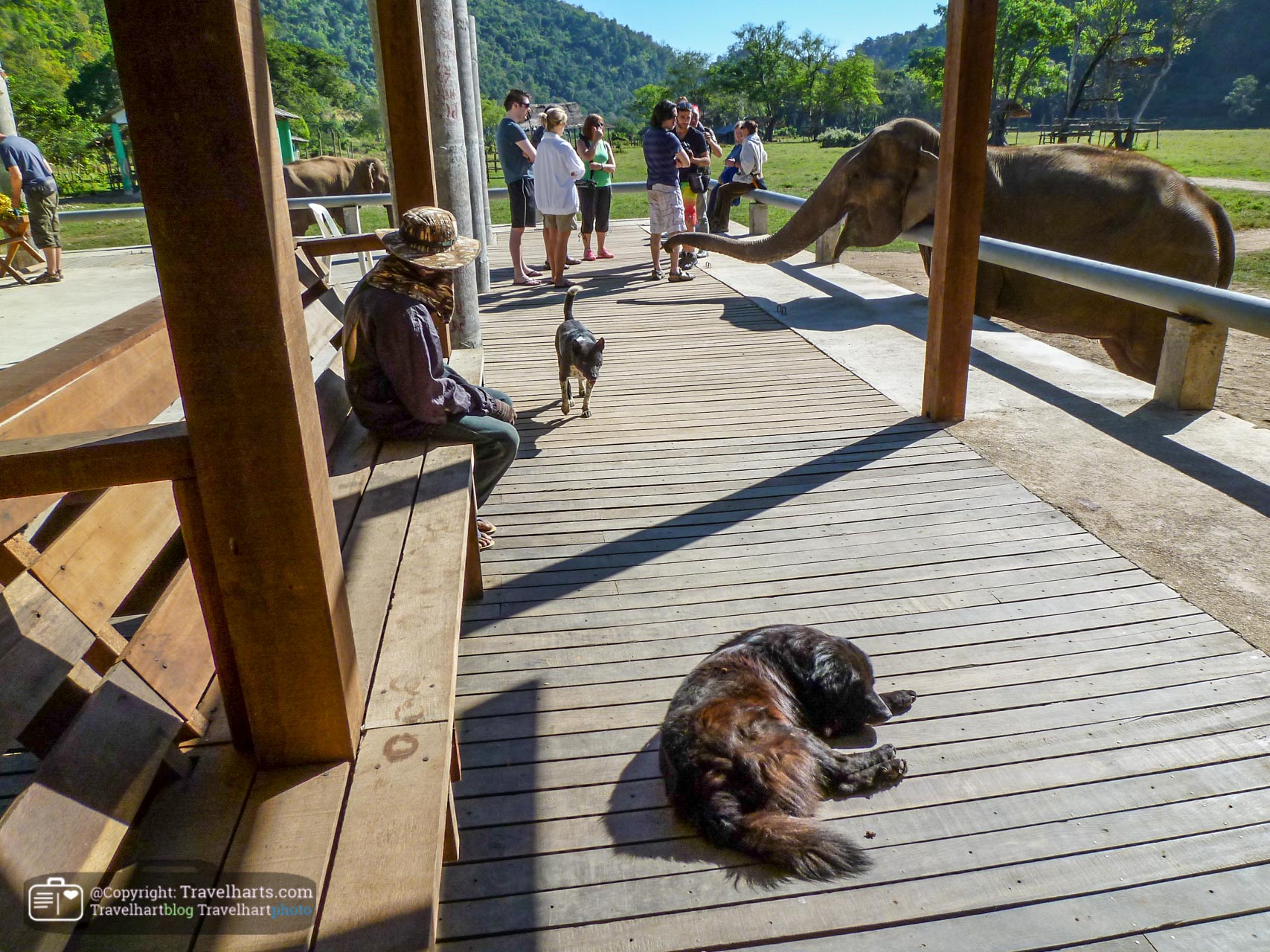 Over the last few years a lot has changed, also due to the work of people like Lek. Although the Wild Animal Reservation and Protection Act of 1992 only protects wild elephants, things are also changing for elephants that are kept by people. In 1989 logging was banned, making a lot of elephants ‘unemployed’. After that some elephants started working in the illegal lodging business, some took other jobs like in tourism and others were transferred to other countries. A lot of the owners took their elephants to cities to make money. You don’t have to be a genius to know that a crowded, noisy city is not a place for an elephant to be.

In 2010 Bangkok passed a law, according to which it is forbidden to take an elephant to the streets of Bangkok to benefit from it. So when you see an elephant in Bangkok and you have to pay to feed it, make it do tricks, to ride it etc., know that that is illegal. Hopefully all other cities will follow. 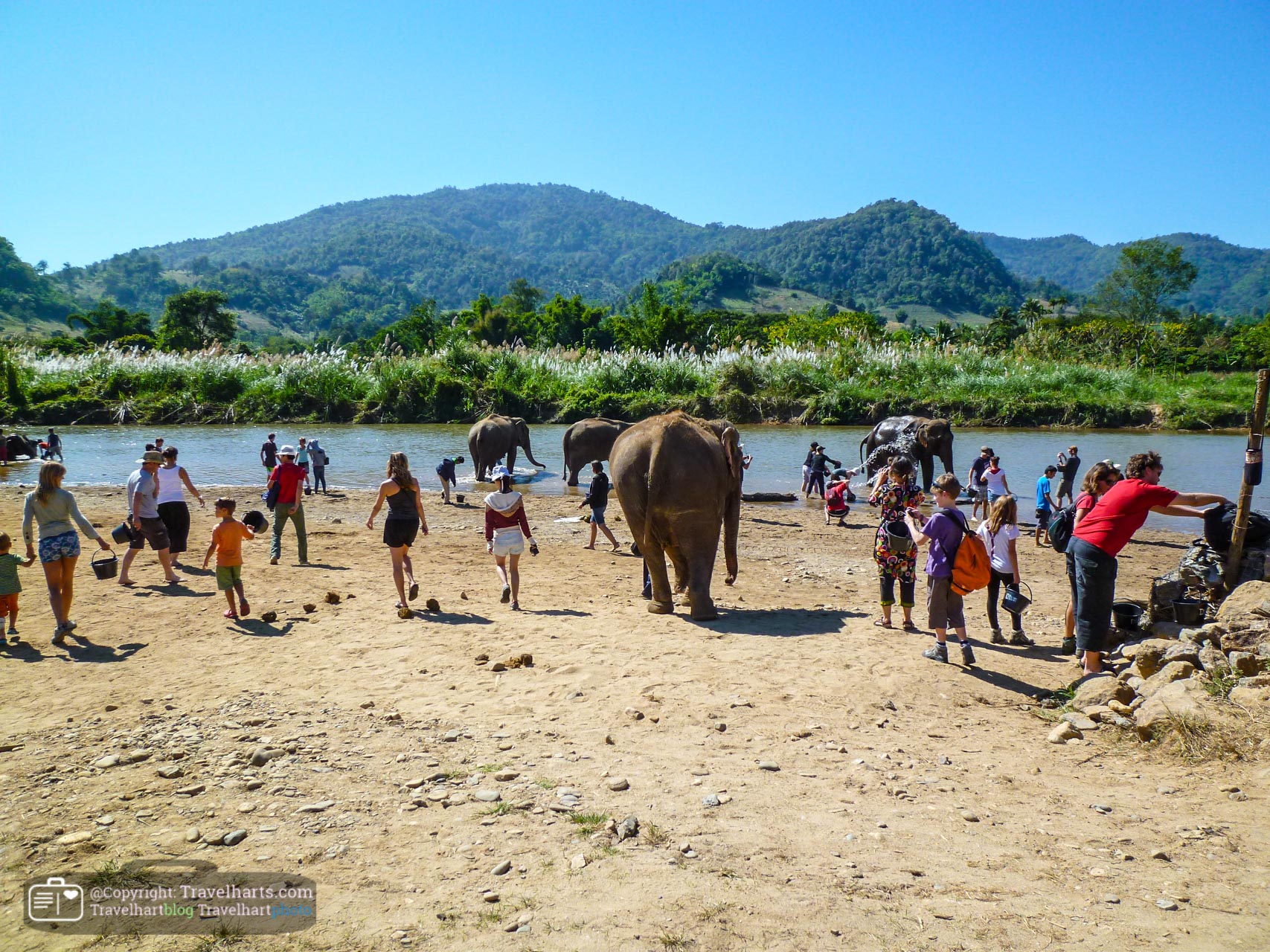 The park through the years.

When Lek started protecting the elephants, the Elephant Nature Park was a place where people could get in contact with the elephants. It was a place where they could learn more about these majestic animals. Lek, who partly owned the land, started this park with a tour company called ‘Green Tours’. The elephants in the park performed daily tricks, although there was a special place in the park for severely damaged elephants. It was Lek’s intention that one day all these ‘performances’ would stop. And so they did.

Over the years she rescued more and more animals by buying them from their owners. This did not always go well and sometimes court sessions were the result. But Lek never gave up. There are also other animals living in the park like dogs, cats, birds and water buffaloes. On the site of Elephant Nature Park you can find a duty of care to protect all animals living in the park.

When we were visiting Elephant Nature Park, the elephants were no longer performing tricks. We saw some of the volunteers preparing all the food. I have never seen so many bananas in my lifetime! The elephants were standing near a platform, from where we could observe them and feed them. People working at the park told us the gruesome stories. Each elephant had experienced its own hardships. After a while it was bathing time. We walked the elephants to the nearby river. You don’t realize how big an elephant is until you stand next to him. Walking to that river with a dozen or so was very impressive. 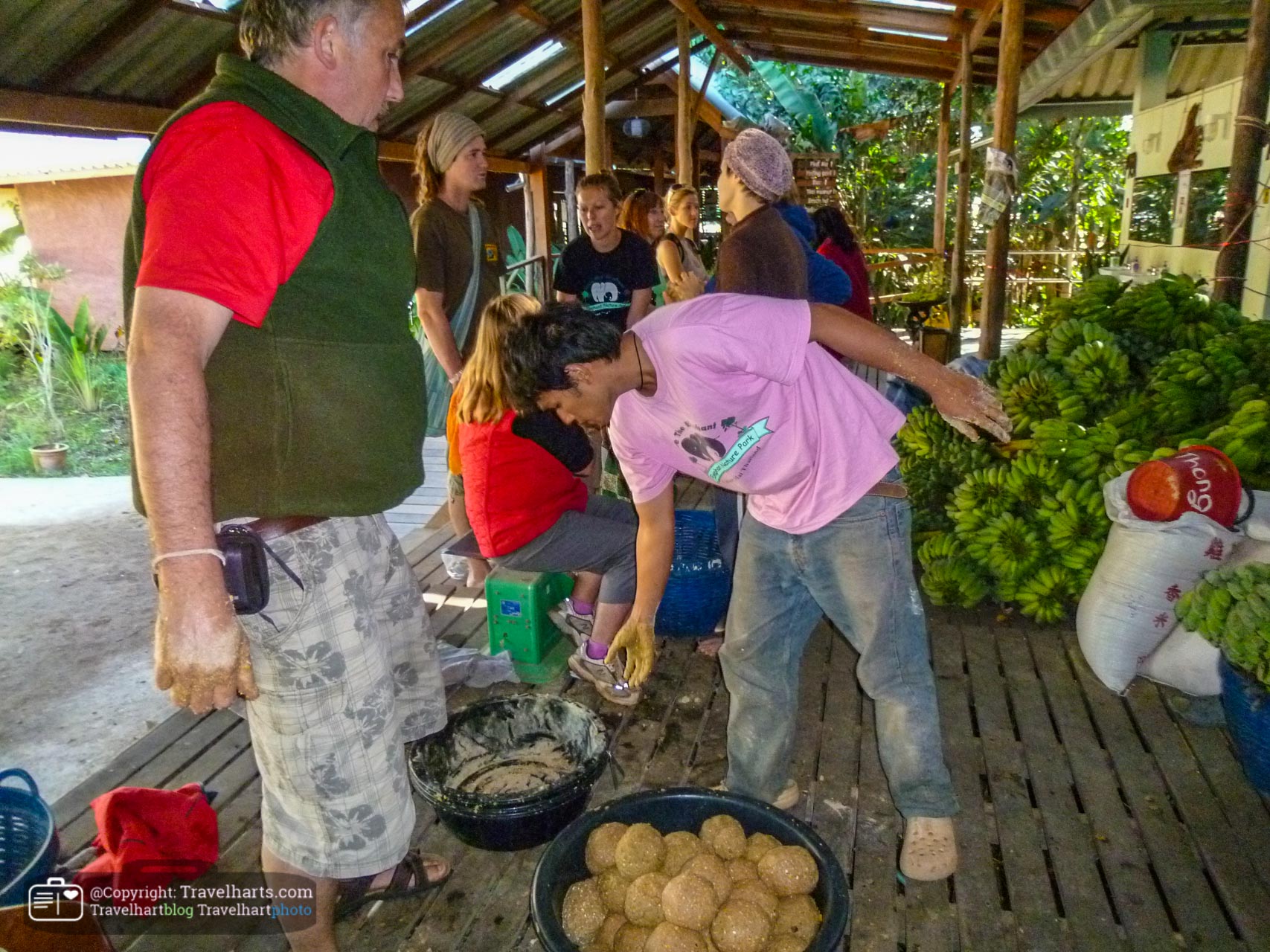 After our visit the park has expanded. There are now several projects in Thailand, amongst which in Kanchanaburi and Surin. There are also projects in Cambodia. The site of Elephant Nature Park gives you a good overview. In all of those projects you can visit or volunteer. You have to pay a certain amount for your stay, food and experience. Depending on the project you can opt for a single day, part of a day or a week.

The amount of animals rescued is huge. Within the last 20 years the number went from 33 to 200. I have not been to all the projects, I have only seen the original park near Chiang Mai. It would be great to see how things have changed for all elephants. In 2018 Lek received yet another award: the ‘Responsible Thailand Award for Animal Welfare’. I can only hope that this ‘not so small lady’ can continue doing her work and I love to see it with my own eyes when we visit Thailand again. 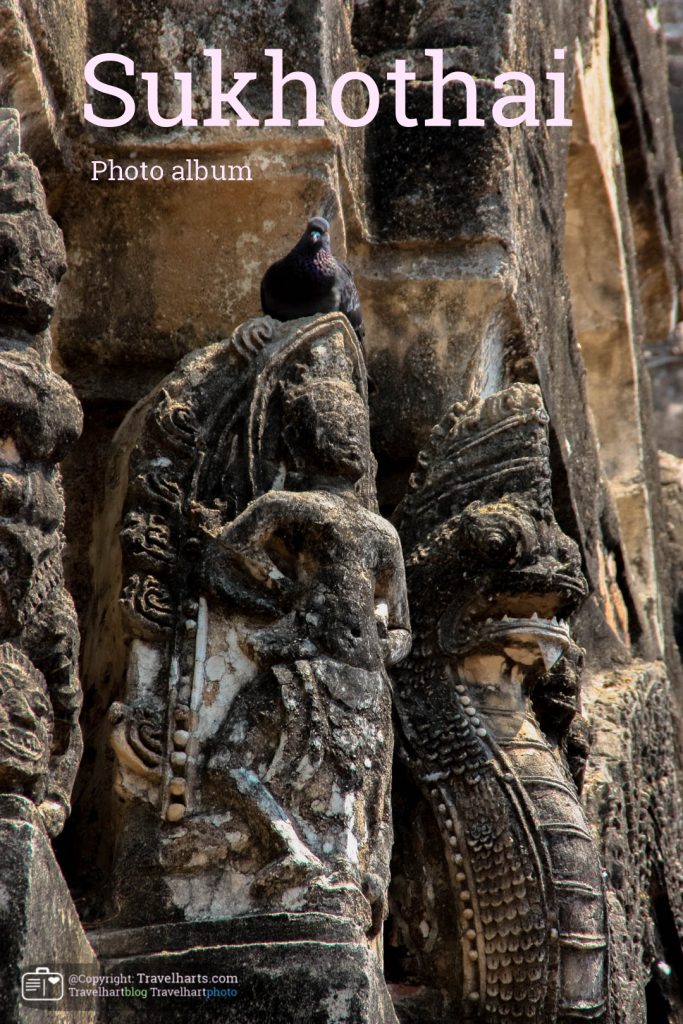 On our photo site you can also find several albums about Thailand. One of these albums is about Sukhothai.

In the center of Thailand one can find Sukhothai Historical Park. In the past Sukhothai was the first capital of the Siam Kingdom. Check out the photos. 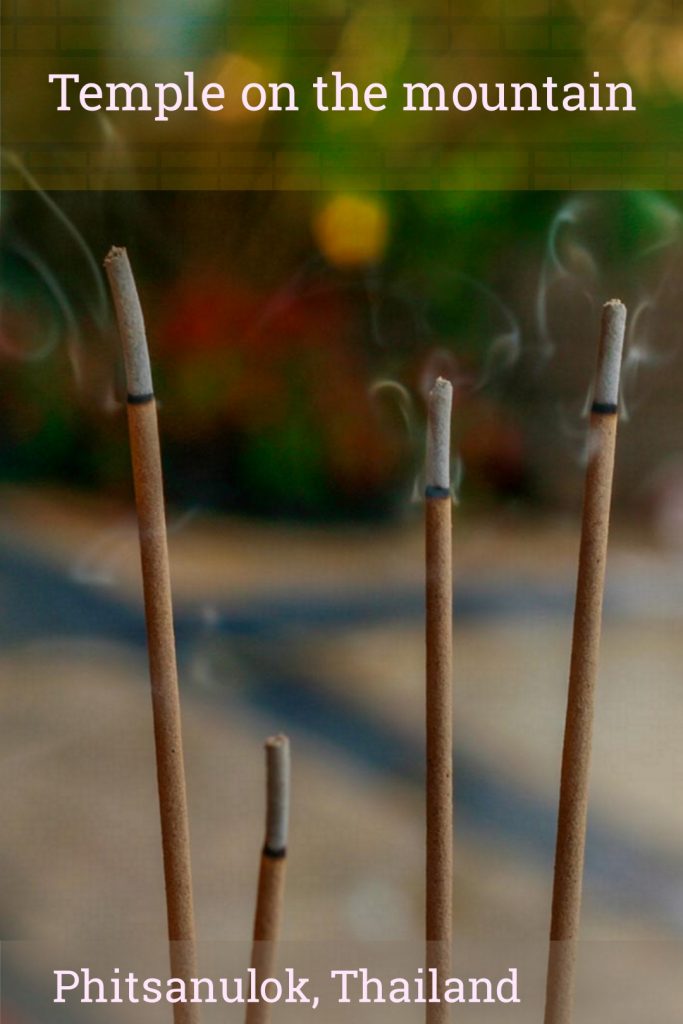 On our blog we have a story about a temple just outside Phitsanulok. You can read it here.

At 16 km outside Phitsanulok you will find the So Mo Klaeng Hill. Here are several temples to visit, one of Guanyin, Chiness goddess of Mercy. 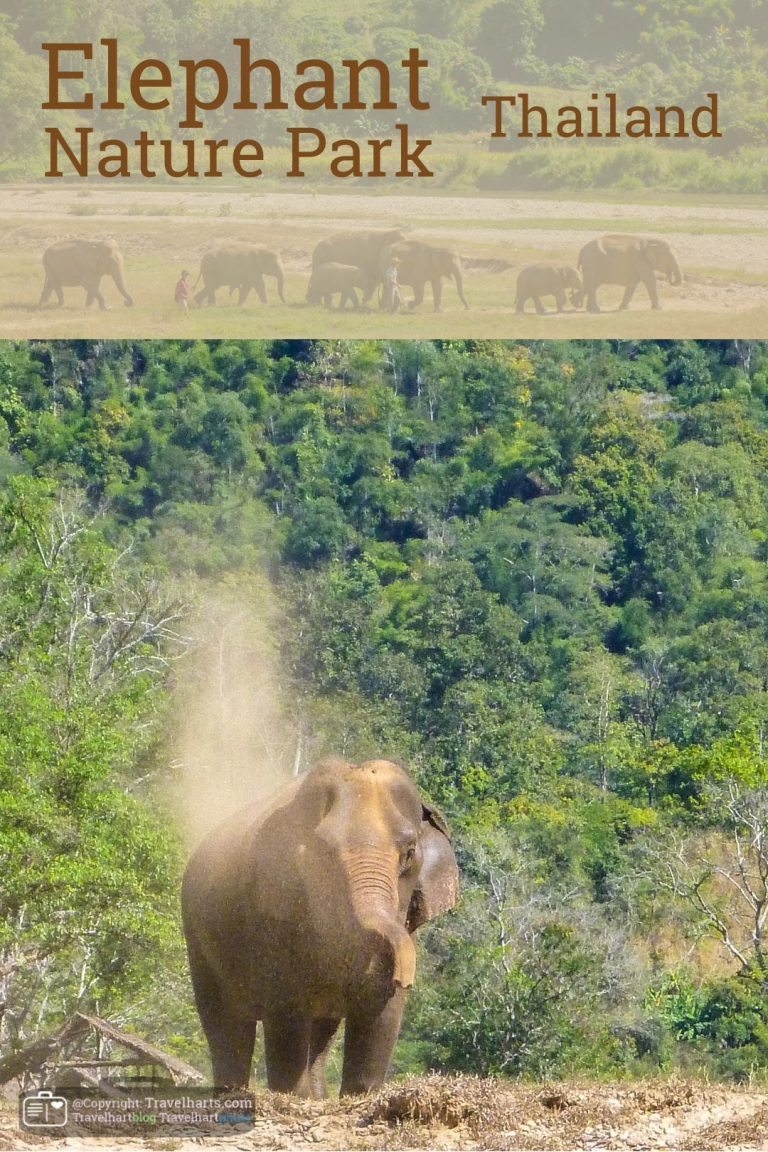