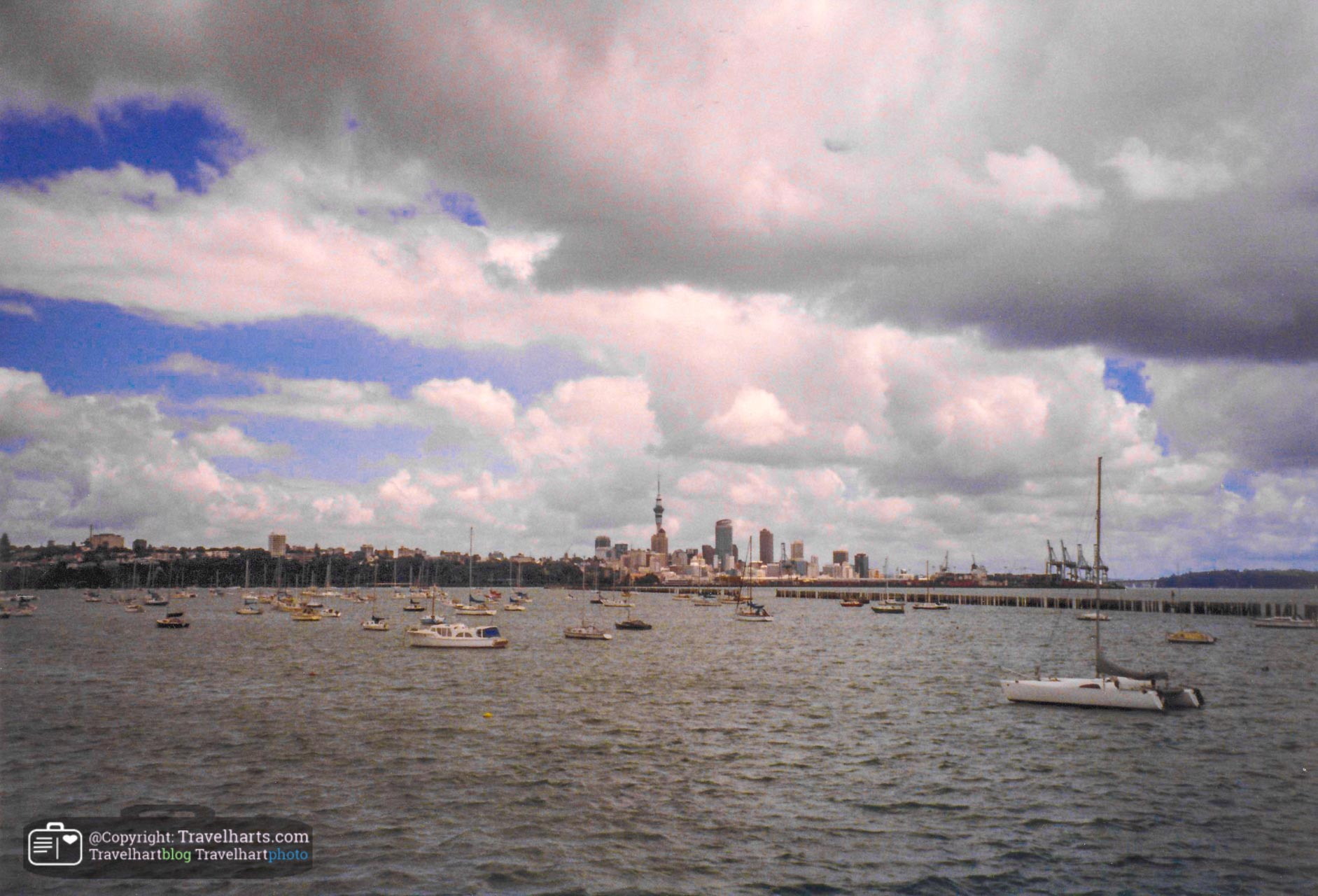 I have been on several dolphin boats during my life. Some have been very bumpy, others were a more relaxed experience. However, my experience of the dolphin boat in Auckland was one I shall not easily forget. It all started with a human auction.

I had arrived in Auckland the day before. Since I flew from Fiji my journey had not been that long so I had no jetlag. It was my second time in Auckland and I already knew my way around. That first day I went on a free city tour with Stray, one of New Zealand’s backpackers companies. The tour guide on the bus told us about a human auction that would take place later that day in one of the backpacker bars. One of the things we could bid on was a trip with him.

The tour guide was handsome and good company, the backpacker bar turned out to be underneath my hostel and I had nothing else to do. Enough reasons to go to this auction and maybe end up with a great ‘date’ and/or event. One of my roommates that was on the same free tour really seemed to be into our tour guide. She was going to bid on him, she said. Since I did not want to interfere I decided to bid on other guys. After all, I was in it for the fun and not to raise the bidding or tension. 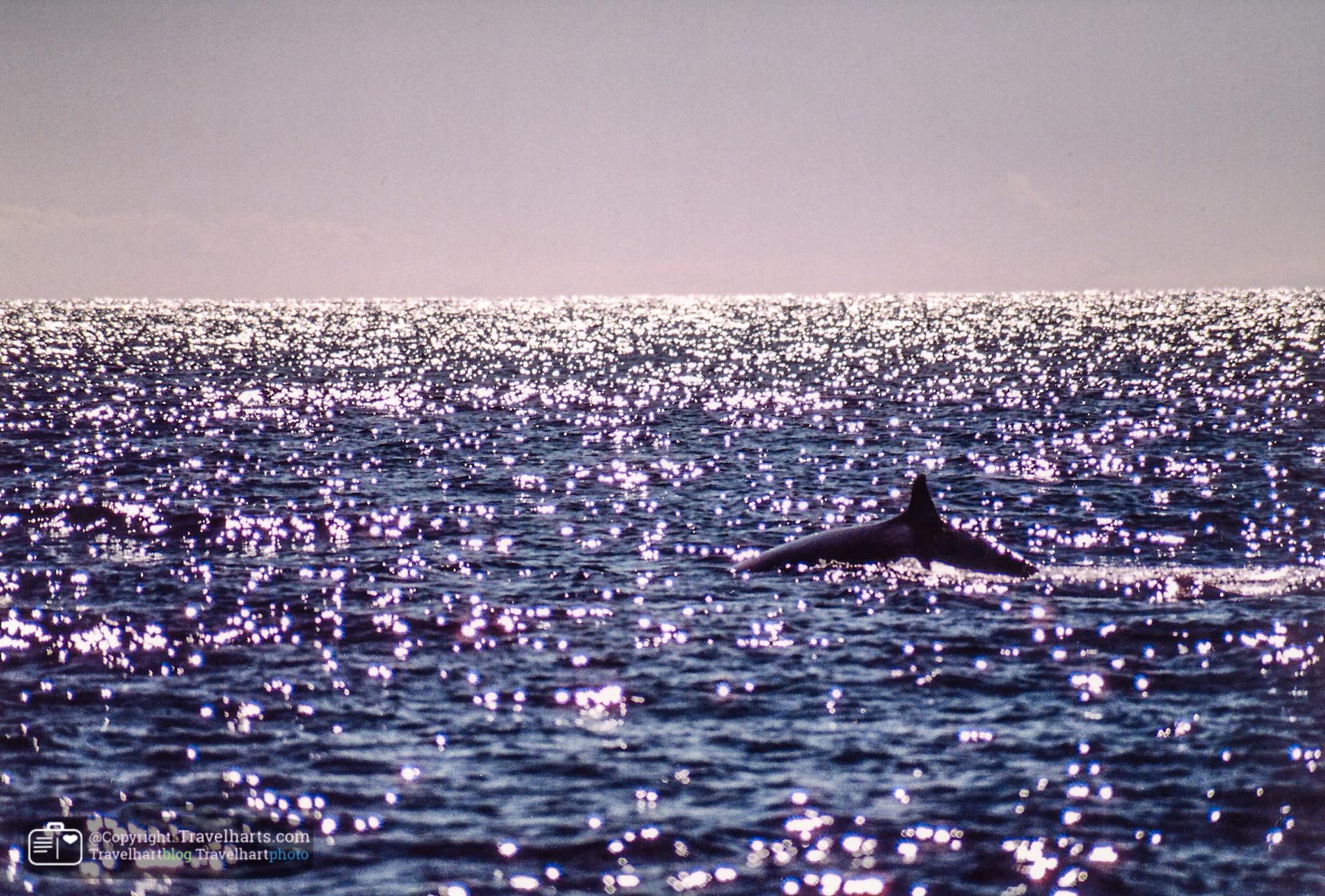 And then the bidding started.

When we entered the pub it was already quite busy. My first thought was that I wouldn’t stand a chance. Yes, the ‘dates’ we could bid on were great. But if too many people would place bids I could shake it. I was wrong. The bidding started and something strange happened. The other backpackers did not seem to be that keen on bidding.

When it was time to bid on our tour guide, he entered the stage. The date you could bid on was a tour on one of the America’s Cup boats with our friendly tour guide. No one was bidding. Where they shy? Did they not understand the concept of bidding? Then my roommate placed a bid. It was far less than what you would normally pay for a trip on one of those boats, but it turned out to be the only bid so she got him. She was pleased and so was he, because let’s face it: it is very embarrassing when you put yourself up for a great date and no one wants to come along.

Now I decided it was my turn to place a bid. Another tour guide took place on the stage. The trip you would bid on was to go on a dolphin boat with him. Even though I did not know this guy, I knew I would love to go on the dolphin watching trip. I placed a bid lower than the regular price of such tour. Again, to my surprise, no one else said anything. I was over the moon. I had just purchased myself a guy with a great date attached (or was it the other way around?). 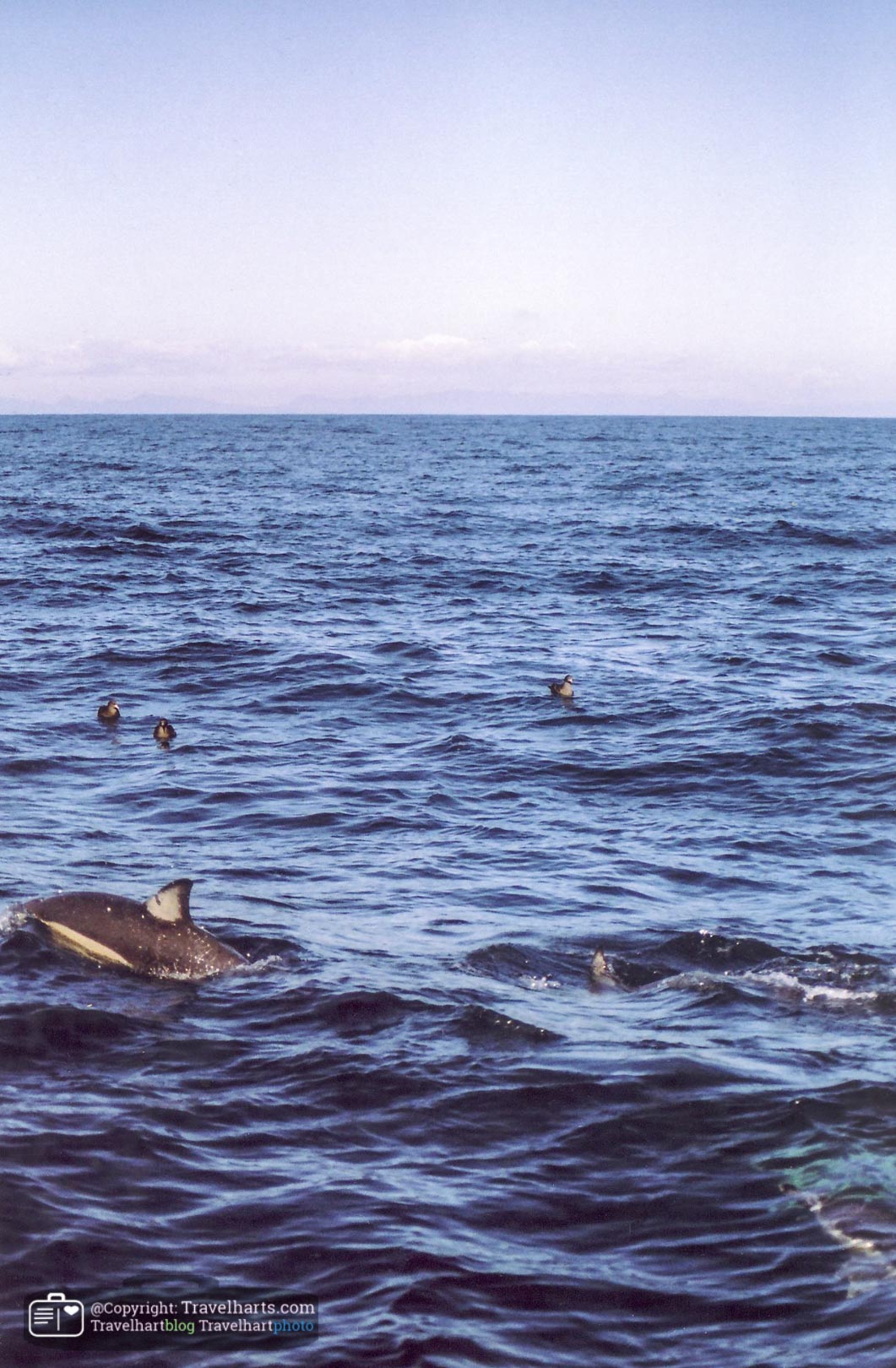 As soon as the auction had ended, I paid and received a coupon for the dolphin tour. I then approached the tour guide I had bought. There is one disadvantage about tour guides though: as much fun as they seem, most of them are always on the road. This guy immediately admitted that he would probably not have time to go on that date with me. However, I could bring anyone I wanted on the date and my coupon would guarantee me two tickets for the dolphin boat.

I could have felt rejected, but I actually felt the opposite. After all: I didn’t even know the guy. I was in it for the dolphin boat and the dolphin boat I got. For less than the normal price. And the bonus: I got to choose anyone to come along with me for free.

Later that evening I spoke my roommate in our hostel room. It turned out her boyfriend was not pleased with her going on a date with our Stray tour guide. Even though it was on one of the America’s Cup boats. She had to face him and let him know she couldn’t make it. I didn’t know she had a boyfriend. He was not around and she had not mentioned him before. Apparently she was travelling without him. I now felt sorry for her ‘date’ and wished I had bid on him as well. It would have been amazing to go on an America’s Cup boat with him. 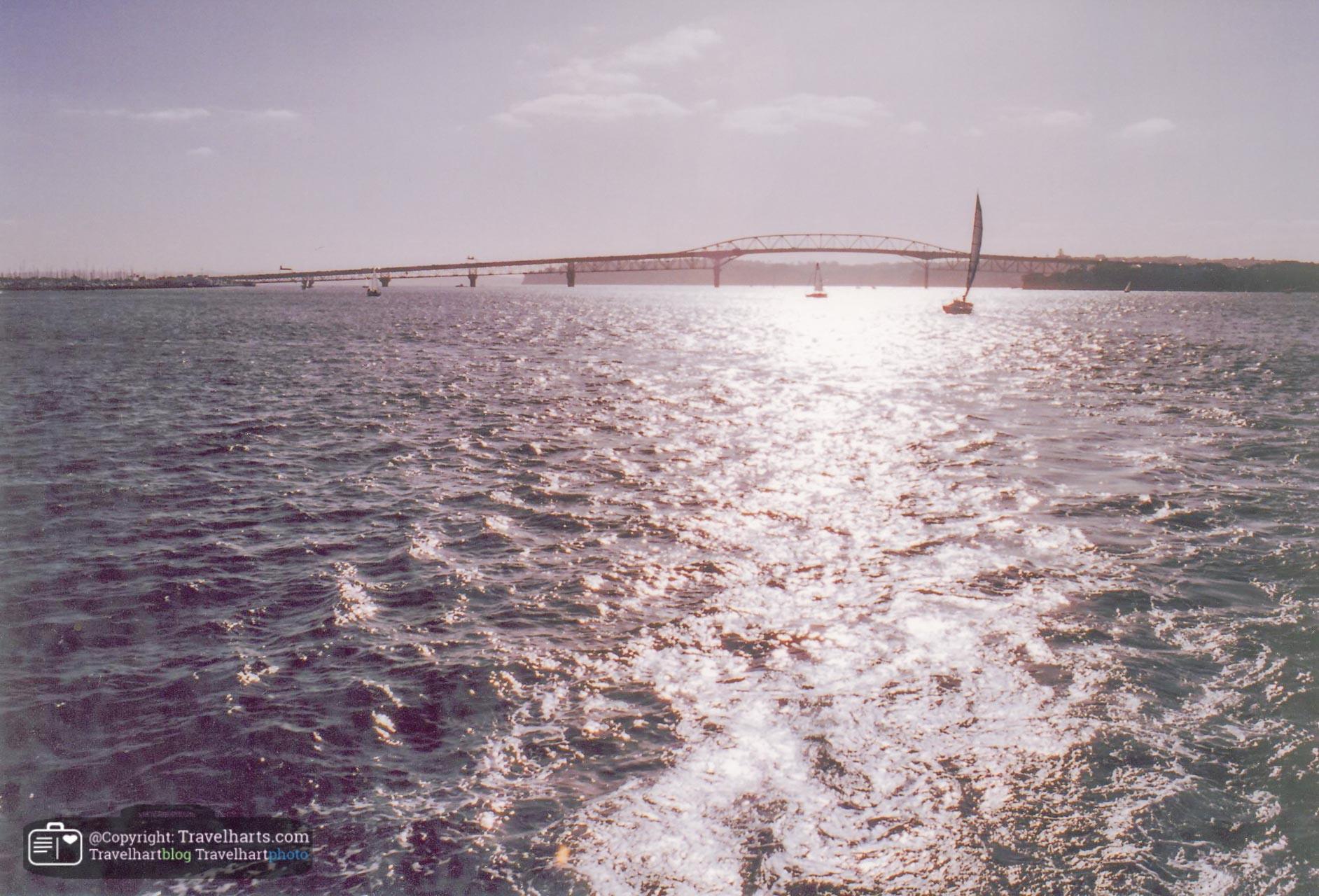 A few weeks went by. Within a week I found myself a nice room in Parnell with two housemates. One of my housemates was a Kiwi. Even though she was born in New Zealand and she’d been living in Auckland for a long time, if not her entire life, she had never been on a dolphin tour. Since it didn’t matter who I asked to come on the dolphin boat with me I asked if she wanted to come along. She immediately accepted.

When I handed in my coupon the people from the dolphin tour company were slightly unhappy. Their intention had never been giving away the second ticket, but it was not my fault that the tour guide backed out, so they let my roommate go on the boat for free. They would contact him to complain, so they said. I hope he did not get into too much trouble for not going on a date with me. 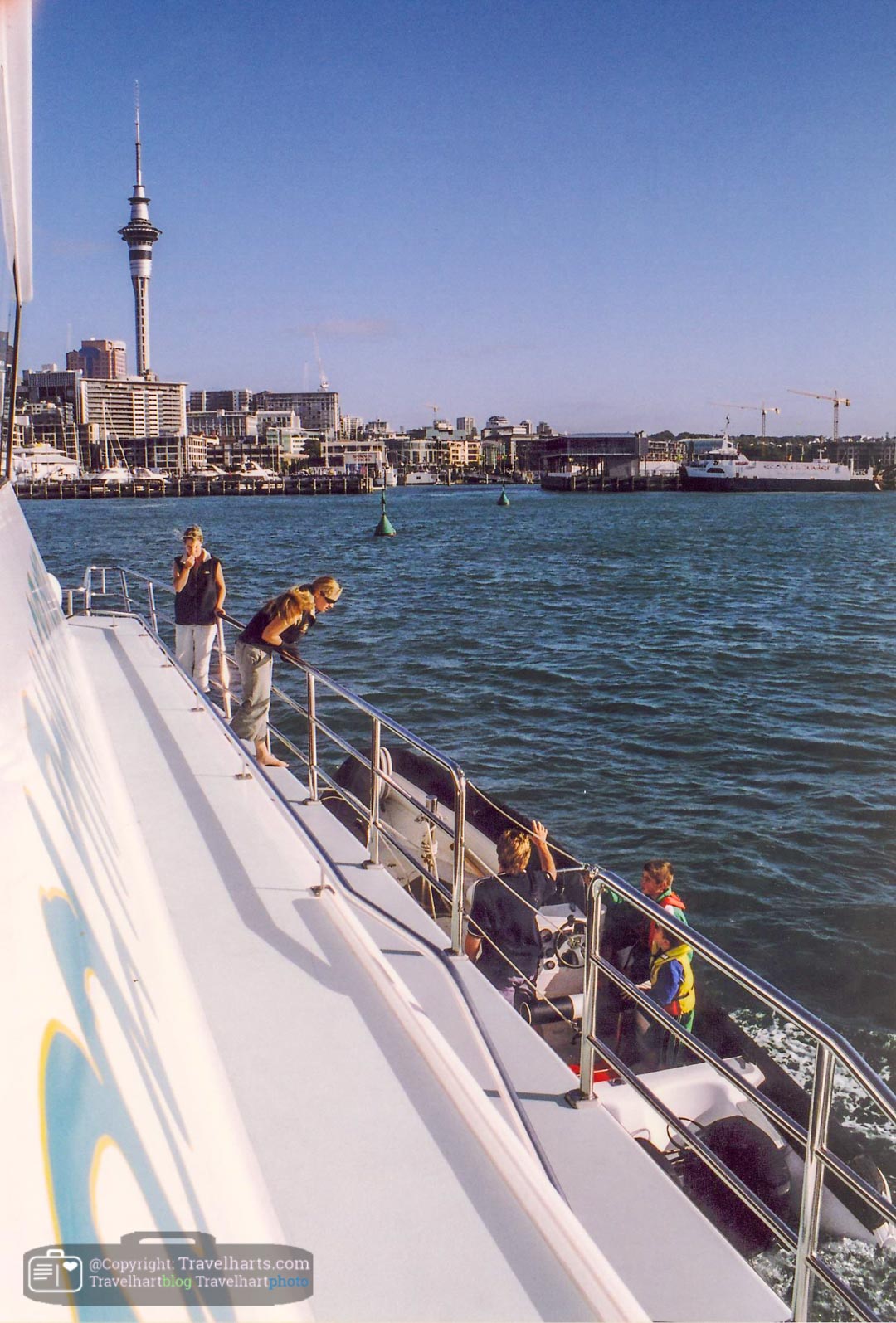 As soon as we left Waitemata Harbour our spirits lifted. We were very much looking forward to see the dolphins. Just being on the boat was a pleasant experience too. We had to sail quite a bit until we would reach the dolphins. Again, that was fine with us.

After a while we stopped. This was unexpected. We waited and waited. And then we asked what was going on. It turned out the boat did not want to go any further. But we could also not go back. We had to wait for a lifeguard vessel to drag us back into the Harbour. That was embarrassing!

Without having seen any dolphins we stood aboard of this big dolphin boat, pulled back into the Harbour by a much smaller boat. Apologetic the people from the dolphin boat promised us we could go on their dolphin tour some other time. Again, I received a coupon for two, valid for an entire year. 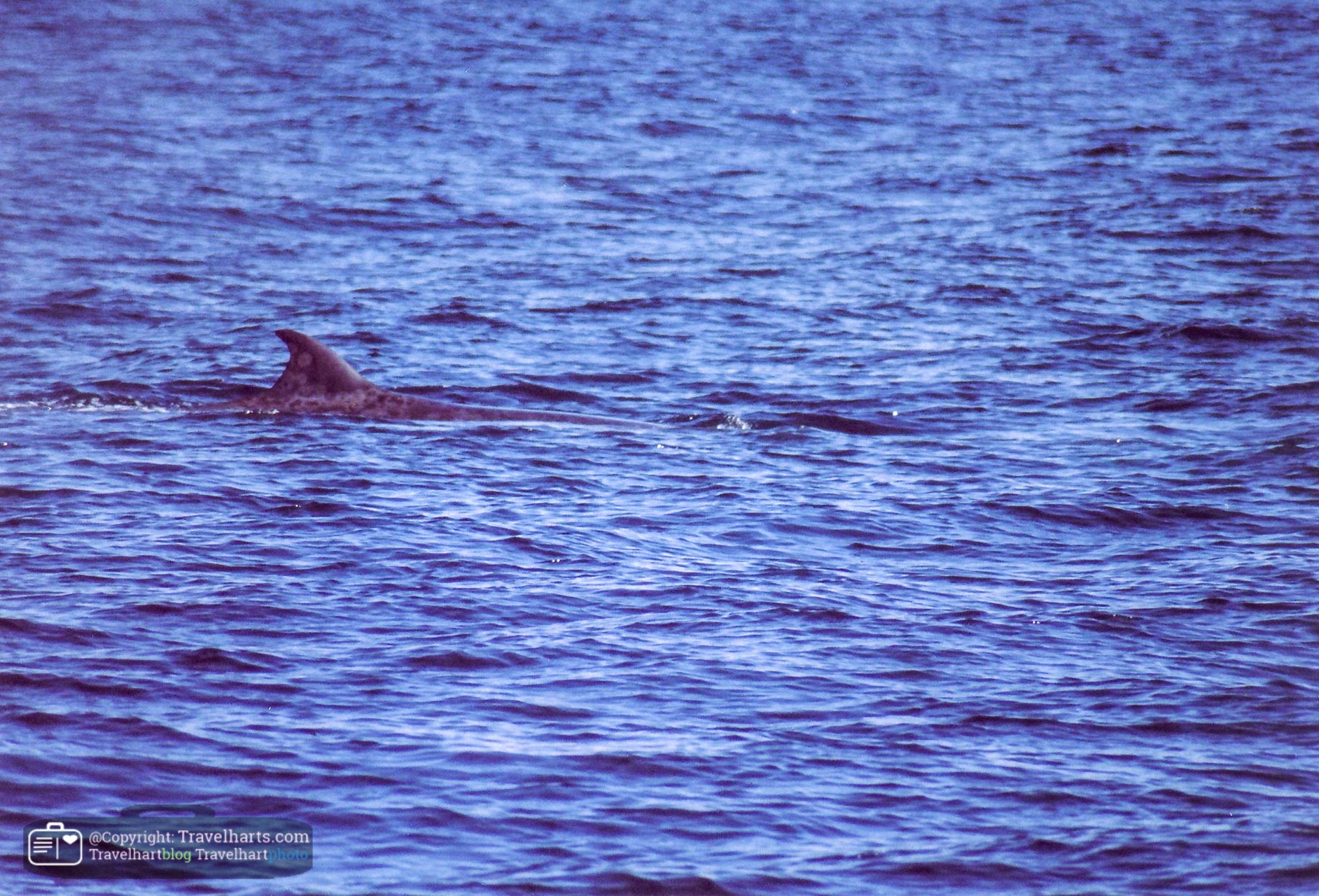 Several months went by and I was still living in the house in Parnell. I decided it was time for my housemate and me to give the dolphin tour another try. So off we went with our coupon. This time the coupon said ‘ticket for two’ without any restrictions, so we did not get any questions or unsatisfied tour operators. It was a good day and nothing could change that.

And I was right. We got to see several dolphins during this trip. Moreover: we got to see a Bryde’s whale. At one point of this trip the whale went under water. Everyone rushed to the other side of the boat, expecting the whale to pop up there. I was changing my film (it did not have a digital camera at the time) and as I was doing so I heard a big splash.

I looked to my right and there I saw an enormous whale putting his head above water. He looked back at me. It all happened I a split second, but it was one of the most amazing things I have ever witnessed. Even if I already had a new film in my camera, I would have been too surprised to take a photo. I just looked and the huge animal looked back. He then went under again and all the other people came running to my side of the boat. That was definitely money well spent at a human auction! 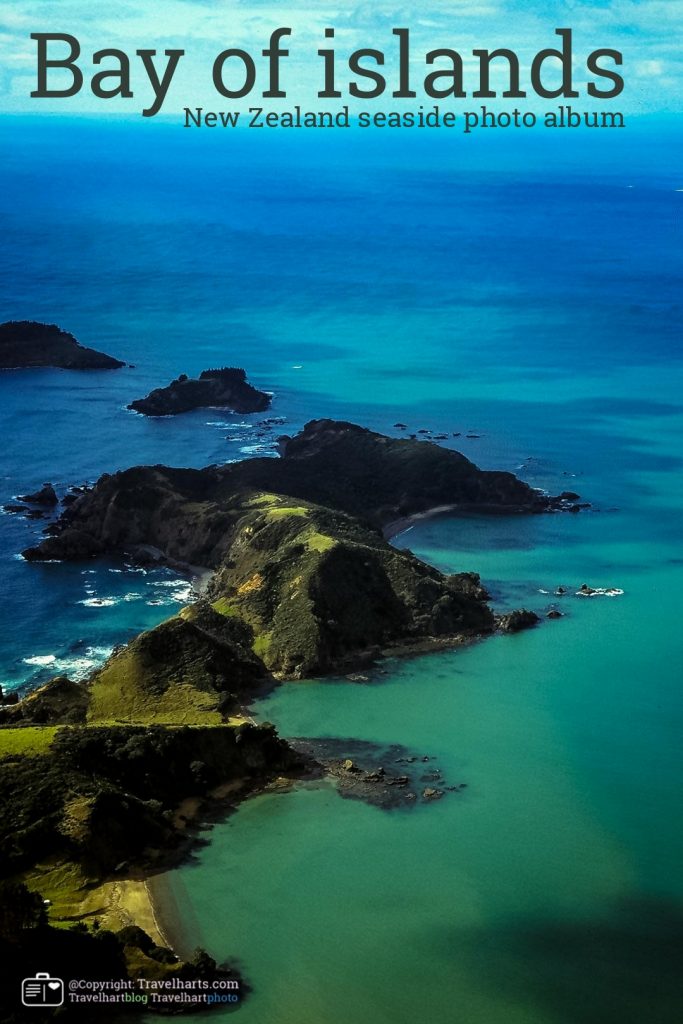 You can also go dolphin watching in the Bay of Islands. If you like to see more photos of that area, click here.

At 3,5 hours driving of Auckland is the Bay of Islands. This group of over 200 islands played an important role in New Zealands history and contains several interesting towns. It is also a place where you can enjoy sea life. Go sailing or take a scenic flight through one of the bluest skies in the world. 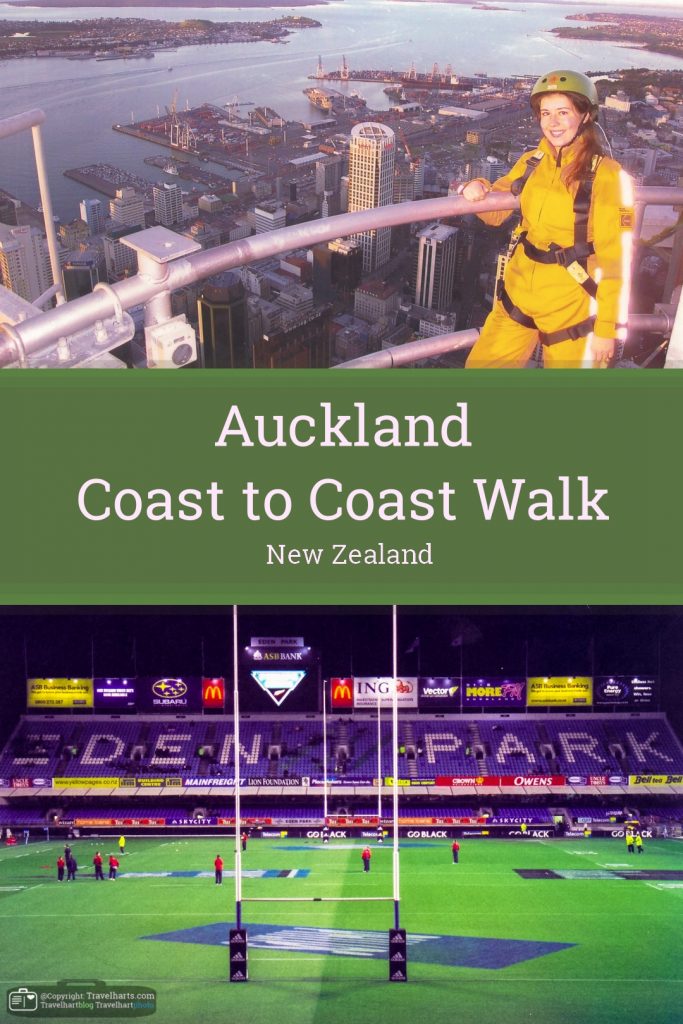 Another thing you can do in Auckland is the ‘Coast to Coast walk’. If you like to read my story about that walk, click here.

The Coast to Coast Walk is a 16 km hike from Waitemata Harbour via Auckland Domain, Mt. Eden and One Tree Hill to Manuka Harbour. 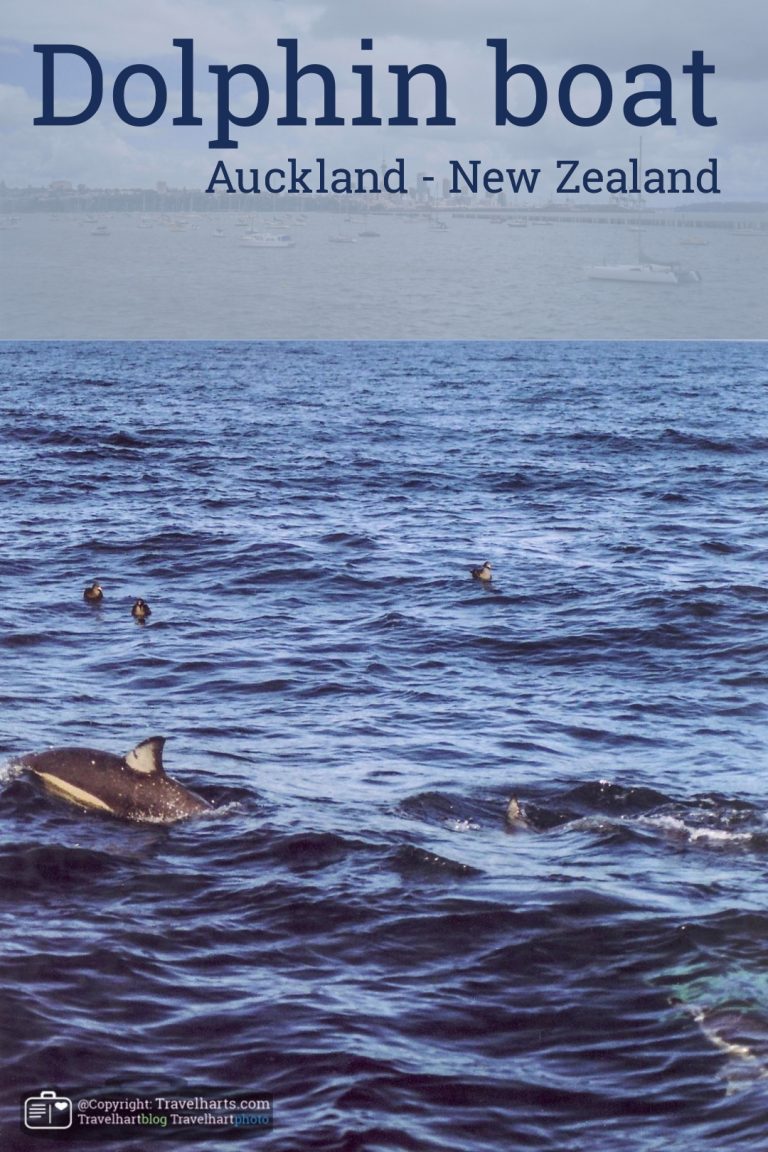