Sometimes the best travel experience crosses your path when you least expect it. You can plan a journey, choose day trips, decide to see or do certain things because your guide book, friends or relatives told you it would be a good experience, entertaining, interesting or fun. But sometimes that’s not necessary. Ask my husband what he liked best when we visited Thailand in 2013 and he’ll say the cooking course, meaning the one at On’s Thai Issan Vegetarian Restaurant and Cookery School in Kanchanaburi. 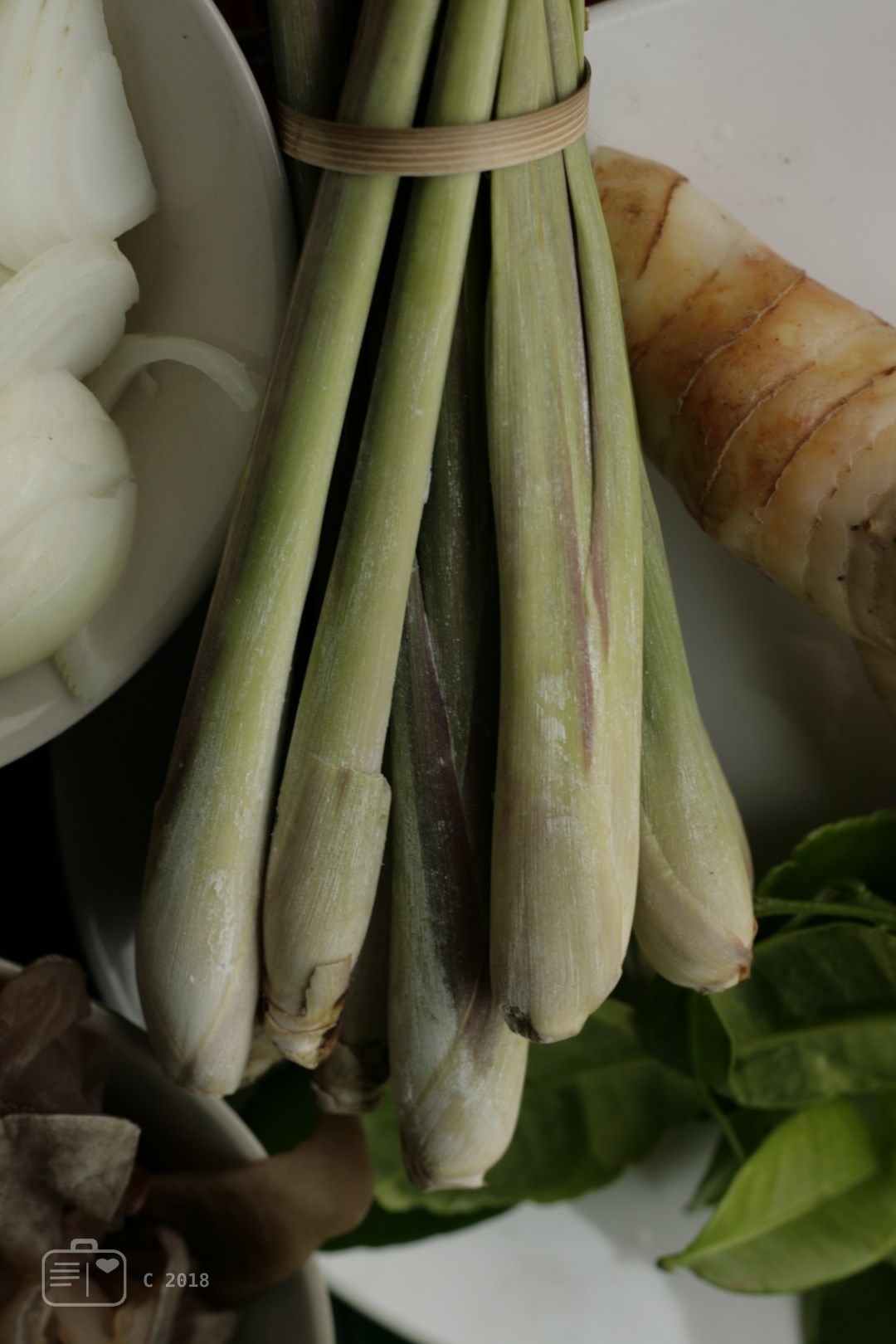 The Bridge over the river Kwai.

Kanchanaburi, a city famous for the bridge that was built over the river Kwai. This bridge was part of the 415 km ( 258 miles) Burma Railway, also called Death Railway, that has been built by the Japanese through Thailand and Burma in WO II. Many people (civilians as well as prisoners of war) have lost their lives during the construction of this railway, amongst them many British, Australians, Dutch and Americans. However, the majority was Thai, Indonesian, Burmese and Malaysian.

I had already been to Thailand several times, because my father lives there, but I had never been to that part of the country. That and the fact that my husband has a keen interest in war history made it a fascinating place to visit. A friend, who at the time lived and worked in Bangkok, sold us two bus tickets and off we went.

The thing that I found much more impressive and what I would recommend to anyone visiting Kanchanaburi is to take a tuktuk to another part of the city to visit the War Cemetery. This is one of three places where the victims of this horrible chapter in history have found their final resting place. It is well taken care of. The amount of graves makes one wonder why such an atrocity could have happened. An average of 75 deaths a day. So many graves!

Don’t forget to also make a short stop at the Japanese war memorial nearby. Although the railway was built by the Japanese, there were also many Japanese victims of war who died in Thailand. It is a beautiful peaceful place with cherry blossoms.

Across the street you can find the Thailand-Burma Railway Center. This Center, which is a museum but also a research center, was privately funded and run by an Australian expert on the history of the bridge. Victims became individuals, history lessons became personal stories. 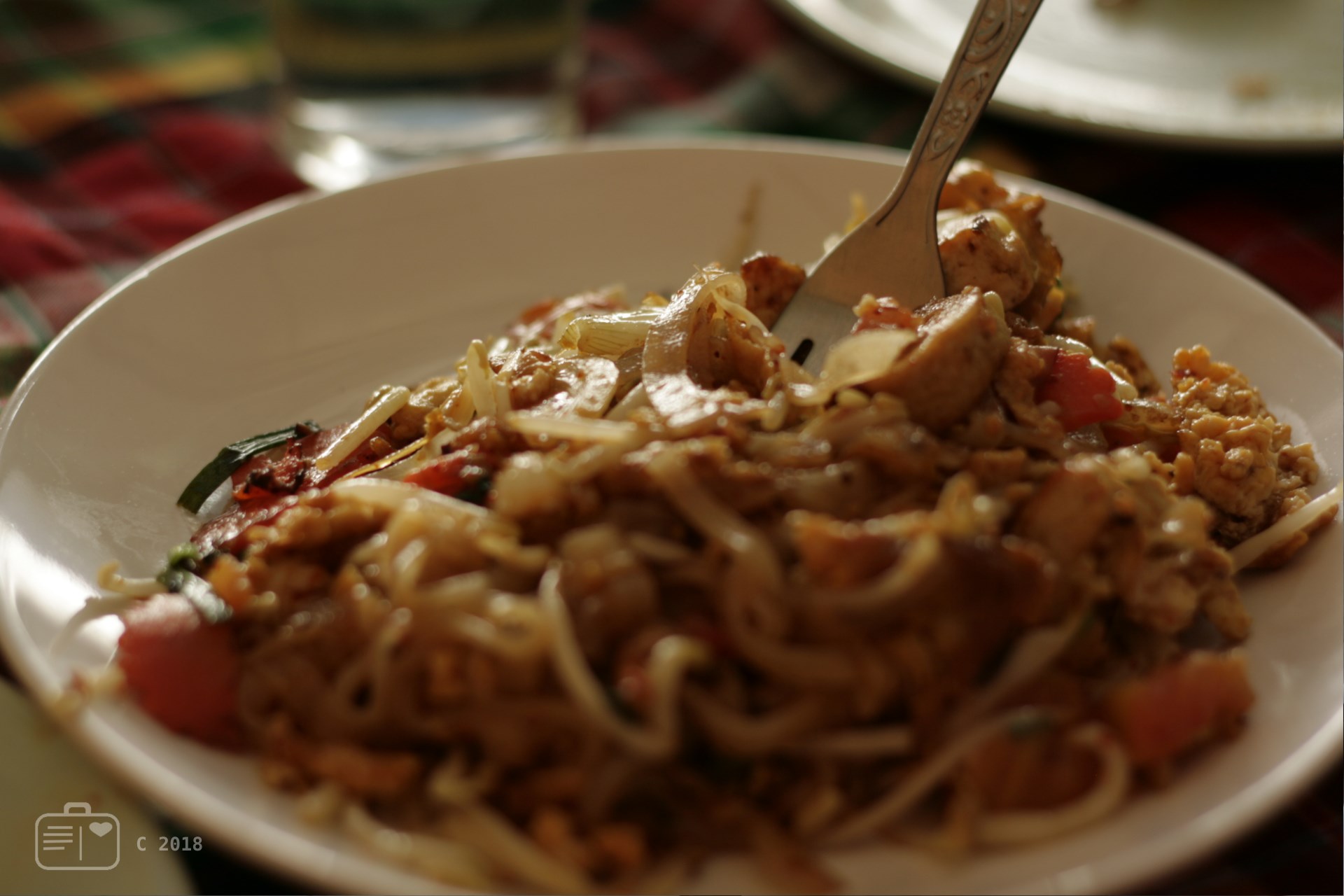 When we were looking for a place to have lunch and process all we had seen in the museum, we walked down a street a couple of blocks away from the museum. There we noticed a small sign for a Thai vegetarian cooking workshop. I suggested that that might be a nice thing to do. My husband was not so easily convinced but after lunch we passed the sign again and this time he agreed to sign up for it. 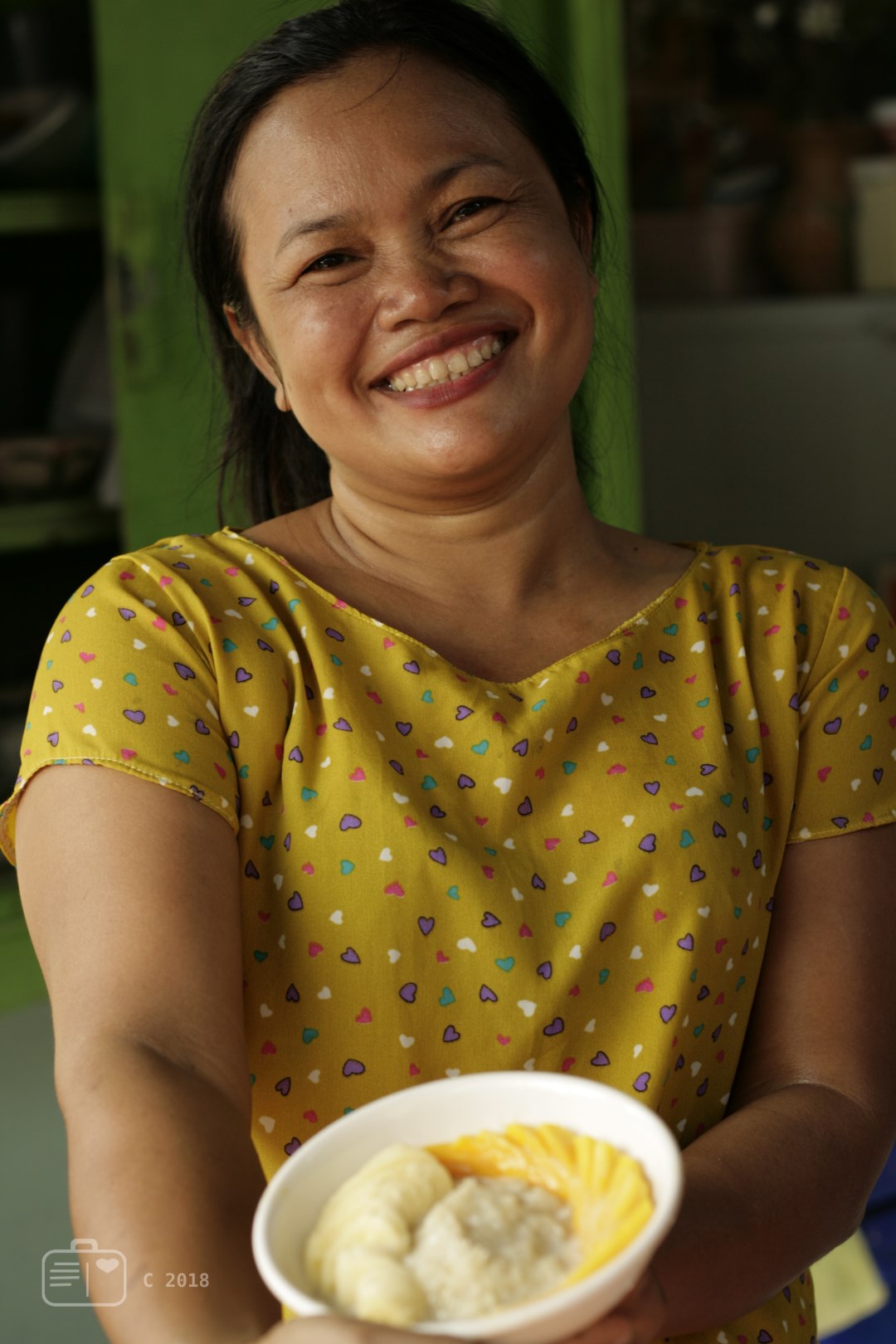 A few days later it was time to learn to cook some real Thai food. On is a lovely Thai lady who speaks English well. She gave us a list of dishes to choose from. It was funny to see my husband and On cooking side by side. Compared to other Dutch men my husband is of average height. Next to On he seemed like a giant!

Thai cooking is a lot of preparing in advance, but once that is done cooking only takes a few minutes. With a few alterations we learned how to change the curry paste we just made taste into a completely different tasting less spicy sauce. After every few dishes we had a break and ate our just prepared meal. We took good notes so that back home we could give it a go without our excellent teacher. She also gave us some extra recipes.

After the main dishes we got to watch how On made us the most delicious dessert. It seemed easy to make, just sticky rice, banana and mango, but we have never before and never since had it this good and also well presented.

This course certainly was the most unexpected and also one of the most memorable experiences during our holiday in Thailand. Every time we cook Thai back home, we think of On and smile.

We also have a lot of stories about Europe on our blog. 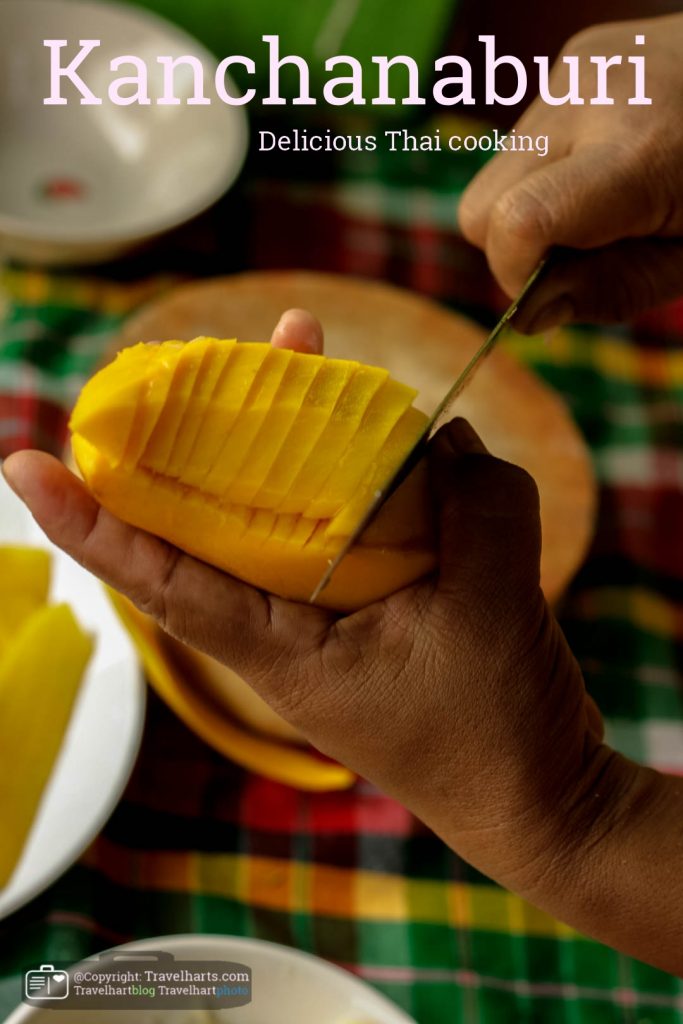