A band in our caravan.

At 8 o’clock two musicians woke up in a double bed in our caravan. Next to them one of my English roommates was half asleep. They rushed out of the caravan park and into the town of Crows Nest, where they had to catch a bus back to Toowoomba. On their way out one of the musicians gave me his number. I looked at my roommates and the three of us almost immediately fell back asleep. It had been a crazy night and somehow we ended up bringing half the band back to our caravan. Let me tell you how it all happened.

How it all started.

A few days after my previous story of Crows Nest it was ‘Bonfire Night’ or ‘Guy Fawkes Night’. This is an annual celebration to commemorate the prevention to blow up the British House of Lords. Despite Australia being part of the Commonwealth, the people of Crows Nest had no intention on celebrating it. Luckily I had two English caravan-mates who were quite outspoken. They insisted we would have a bonfire and it took not much to convince the owners of our caravan park to organize the event. We invited some people over and were looking forward to ‘our’ Bonfire Night.

When we came back from work the fire was already on. The owners had invited some of their friends too and they were all sitting around the fire, chatting away. One of their friends was a man one of my roommates had met before. He had introduced himself as the Mayor, so my roommate called him ‘Mr. Mayor’.

The previous time she had encountered him my roommate had asked him if he could arrange a band to play in the local pub. She had not forgotten and asked him about it again. He had not forgotten either. A few days later there would be a band playing in Crows Nest. A big happening for this small town. Mr. Mayor had made my roommate and probably the entire town very happy. 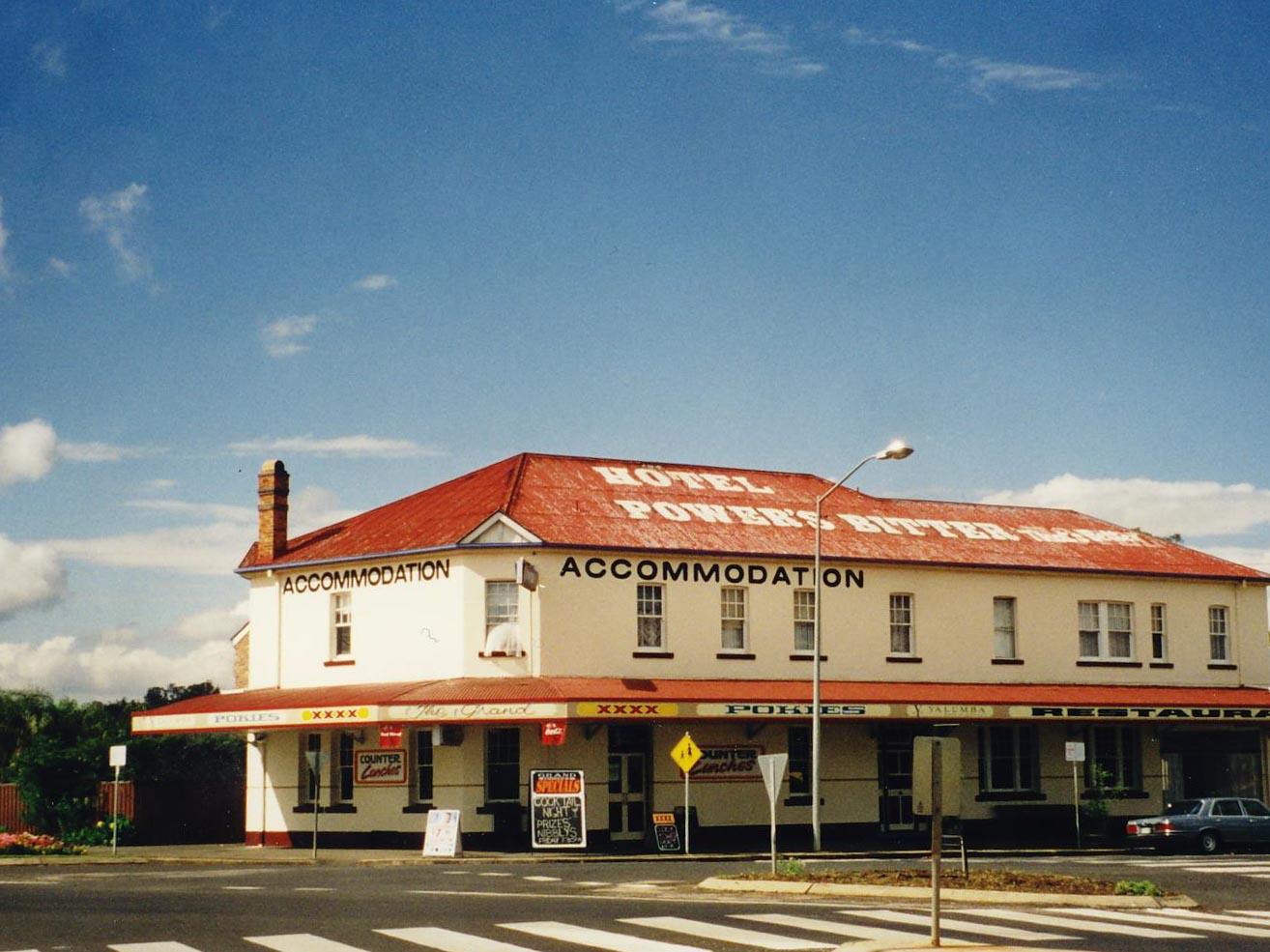 I know that pancakes have nothing to do with Bonfire Night. But hey, I’m Dutch, not English. I like pancakes. So we bought some pancake mix, eggs, milk, potatoes, wine, ice cream and chocolate sauce. All ingredients for a delicious meal, right? I had also asked the owner of the caravan park to bake me fresh bread. Because she was a sweet lady, she had also made lots of little dishes. We put the potatoes were into tin foil and threw them into the fire. A bit of butter and cheese and we had our typical English dish.

Unfortunately we did not have a proper pancake pan, which resulted in … Well, not in pancakes. The evening started off great. Many people attended and everyone was having a good time. Mr. Mayor held a speech. We even had sparklers.

Just as we thought things would be ‘normal’ for a change a car stopped at the bonfire. Our boss stepped out of the car, along with a friend who was from ‘the big city Brisbane’ and was having a holiday on the flower farm. Our boss was clearly drunk and swearing like a trooper. On the way over he was waving his arms viciously, because he thought there was someone sitting in the back and he wanted that person to get out. He was clearly having delusions. His friend was amused, but we were so embarrassed by our drunken boss. When it almost turned into a fight our boss was being pushed back into the car and off they went.

The rest of the evening was actually ‘normal’. We all had fun again and continued our BBQ or ‘Barbie’ as it is called in Australia. One of our new friends carried the name ‘Ken’. No need to say that soon we were making jokes. “We’re having a Barbie with Ken!” I guess he must have heard that joke before, since he was an Aussie.

A few days later it was time to watch the band play. We started that evening eating pancakes at a friend’s place. She claimed to have proper pancake pans and she was right. Crows Nest had a courtesy bus we could ring to bring us from the caravan park into town. It was for free and was used all the time. We decided to book it to get to our friend, but the bus did not show up. Instead we were being picked up by a large car and were told the courtesy bus was missing. How could that have happened?

The car dropped us off at the pub from where we could walk to our friend’s house. The pancakes with raisins and apples were wonderful. The others had meat in them. After we had filled our bellies it was time to dance at the pub.

The band had already arrived but was having a short break. We were very keen on a bit of excitement since our days all looked the same: bunching flowers, eating and sleeping. My roommate had even put in another tongue piercing than usual and as soon as the band started playing again she and the rest of us were dancing wildly and having a great time. 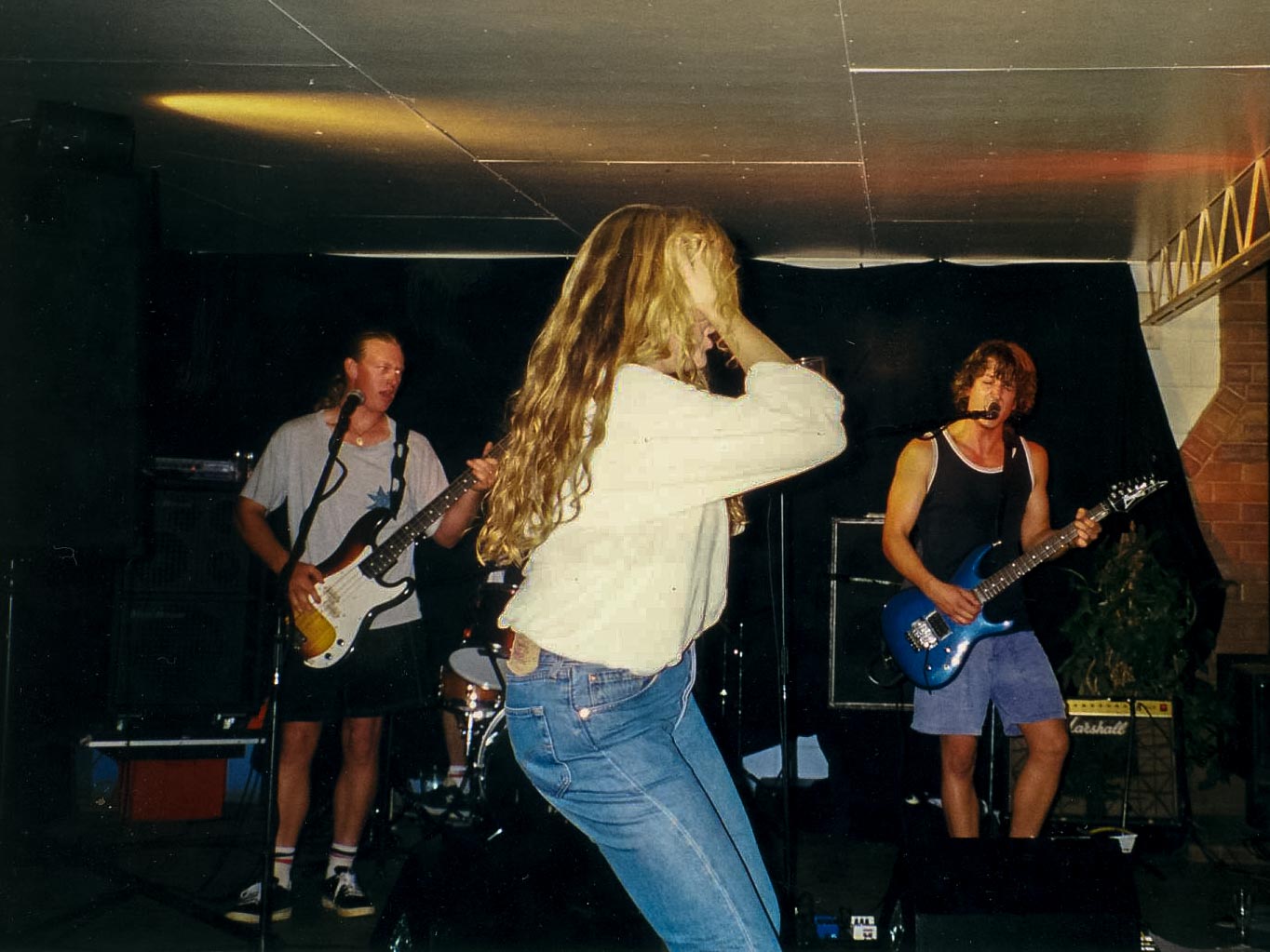 After the band had finished playing we introduced ourselves to them. There was a singer, who attracted a lot of attention. Then there was a drummer and a bass player, both having the same first name. They all came from Toowoomba.

Since the night was long and the finals of the World Championship Rugby were going to be tonight we all gathered together and went to someone’s house to watch. The singer did not want to come along. He had a girlfriend and did not feel like watching rugby in the middle of the night. Watching the match was, how shall I put it, different.

There were lots of people around, some drunk, some making out, some lying around. The game was taking place in Cardiff, Wales, in a stadium I had been to the previous year when they were still renovating it. Clearly they had finished it in time so that we could watch Australia beat France and become world champion.

We all went back to the pub as soon as the game was over. The two band members had booked a room in the same pub where they had been performing. There was only one small problem: the singer, who had not come with us, had the only key. In movies you sometimes see people throwing pebbles at windows to wake someone up. The other band members tried, but by that time the singer was sound asleep and nothing woke him up.

They were not the only ones without a key. Our ‘pancake-friends’ had also lost their keys. They went back to the house where we had been watching the rugby finals. We took the band with us to our caravan. Walking back, we decided that one could sleep on the floor and the other one with my roommate in the double bed. My other roommate and I could sleep in our own bunk bed.

And so it happened.

Things did not work out the way we had planned. The band member who was supposed to sleep on the floor fell asleep on the bed within seconds of us arriving in the caravan. Too much beer and too tired. There was no way we could wake him up. The other band member, who was extremely tired too, and my roommate simply joined him. Sneaking out of the caravan park 3 hours later, they must have had a good laugh about how they came to spend the night in a caravan with three ‘groupies’.

In Part 1 and Part 2  of Crows Nest you get to read how this adventure started.

We also have a photo site. Check out our photo album about Bryce Canyon. 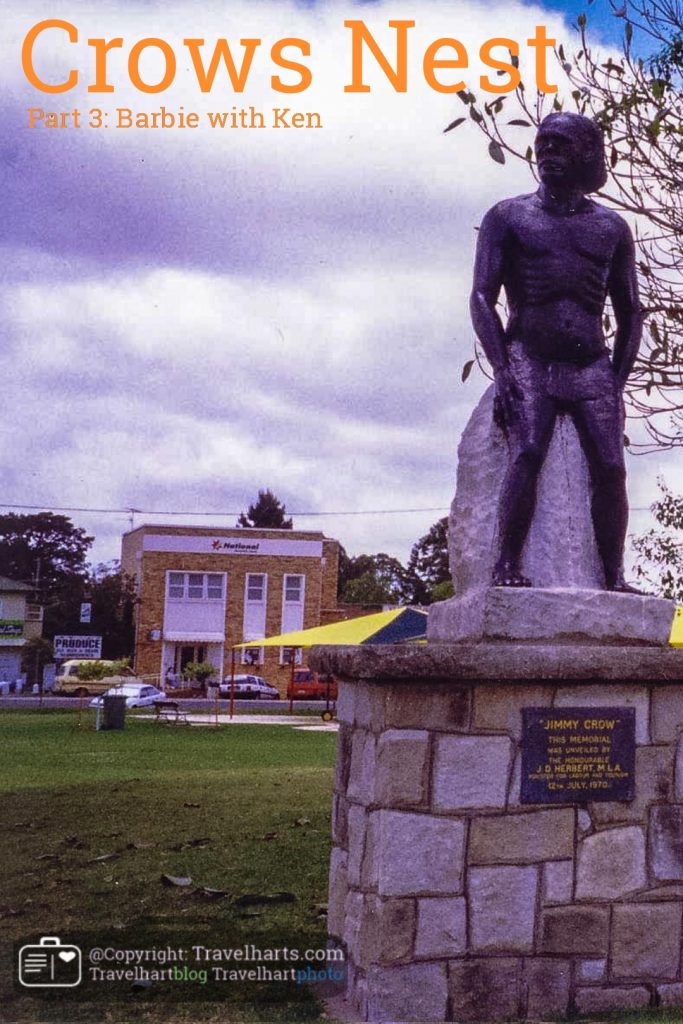