In my previous blog about Crows Nest I told you the story of how I ended up in this small town, bunching roo paw and living in a caravan with two British girls. After a week or so one of the woman we worked with invitated us over for dinner. I’m not sure what nationality she was, but I’d say she was about 30 years old and also living in our caravan park. We were not really friends with her, but it was a nice gesture and therefore we decided to go. 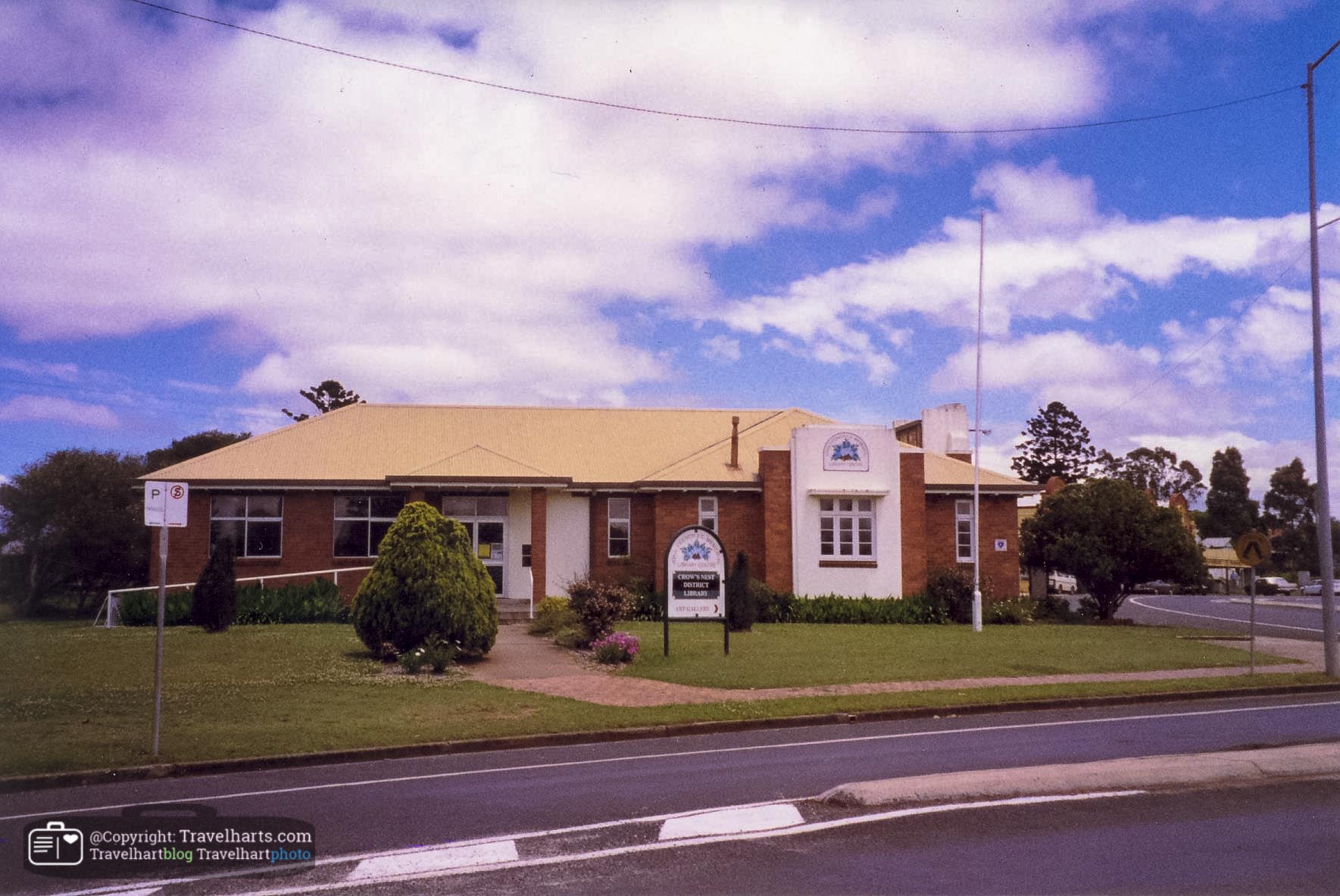 The morning after the dinner party our ‘hostess’ did not show up at work. The day went by like all others. We bunched roo paw and all seemed normal. Back at the caravan park we saw a car leave. In the back was our hostess. This was the last time we got to see her. A few days later the owner of the park cleaned up her caravan. We later were told that in the morning the police had come over to pay her a visit. They had found drugs in her caravan.

The next day she would have to appear before court and now she was picked up by her ex-husband. The always-friendly owners of our caravan park were the ones that had called the police. How could this have happened? Let me tell you.

How it all started.

At the day of the dinner party we bunched roo paw as always and then went to our caravan to take shower before going over to the caravan where the dinner party was going to take place. We were still getting ready when one of the other girls we worked with, a 17-year-old almost local from Toowoomba, came barging in.

She appeared to be drunk and needed to spill her beans to someone. Apparently we were the lucky ones to hear about the troubles her lover had caused the night before. Maybe she was seeking advice from someone older (all three of us were in our late twenties) or maybe she just needed a listening ear.  Either way, around 8 pm we had heard her entire story and it was time to go to our dinner. 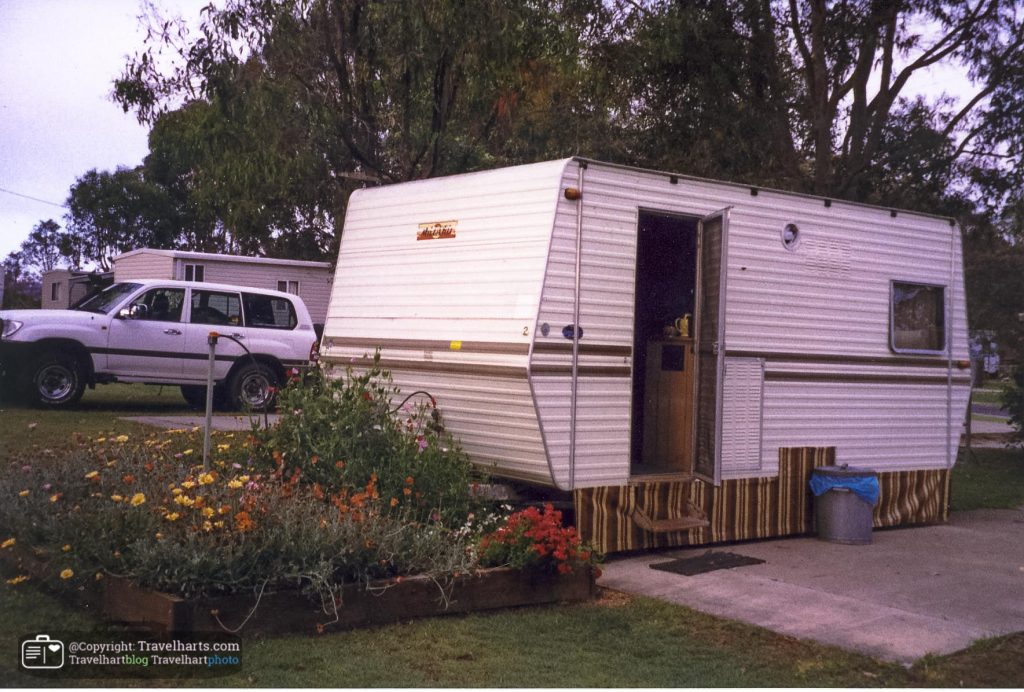 The man with the pumpkin.

In the caravan of our hostess we found a man who looked like he was in his fifties. Our hostess was around too, but she had already been drinking quite a lot. She had encountered the man in the pub and also invited him over for her dinner party. My two British roommates started drinking the wine we had brought with us. Our hostess offered me a glass of vodka tonic, but I did not feel like drinking it.

The topic of the evening was the pumpkin that the man had brought with him. All of a sudden our hostess pretended to be clairvoyant. She started talking gibberish and was convinced she needed to massage my feet. I felt embarassed but that feeling got even worse when she started kissing my feet. Luckily I got them back and for a short while things seemed to normalize.

This changed, when one of the guys who was also staying at the caravan park walked by. Our hostess started calling him names and soon the owner of the park came over to ask us to keep the noise down. We immediately felt sorry for him because of the way our hostess treated him.

Around 10 pm we still had not seen any food and, as you can imagine, by then we were quite hungry. The three of us decided to flee to the toilets to discuss what to do. At the toilets we were surprised to meet the other owner of the park. She gave us some good advice how to excuse ourselves.

We went back to the caravan, where nothing had changed. Our hostess was still drunk, the man was still sitting there with his pumpkin and there was still no food. There was even no food being prepared.

First one of my roommates came up with a story of how tired she was and that she really needed some sleep if she wanted to work the next day. Our hostess believed her and quickly my roommate left for our caravan. Not even a minute later I was the second one to leave the dinner party, using the exact same excuse. It was no problem to go as our hostess was drunk and her mind as well as her movements were slow.

To our surprise our other roommate did not follow straight away. We waited in our caravan. Ten minutes later she finally showed up. She was afraid to be impolite, so she said. We had a laugh and satisfied our hunger eating the delicious muffins of the owner of the caravan park.

Our roommate then told us de rest of the story. After we had left our hostess had told the man she had personally invited over a revealing story that she had a 10-year-old daughter and that she was lesbian. The poor man was sitting in the caravan without food, wondering why he had ended up there.

To read my first story on Crows Nest, click here.

For actual food photos, check out our photo site on Kanchanaburi. 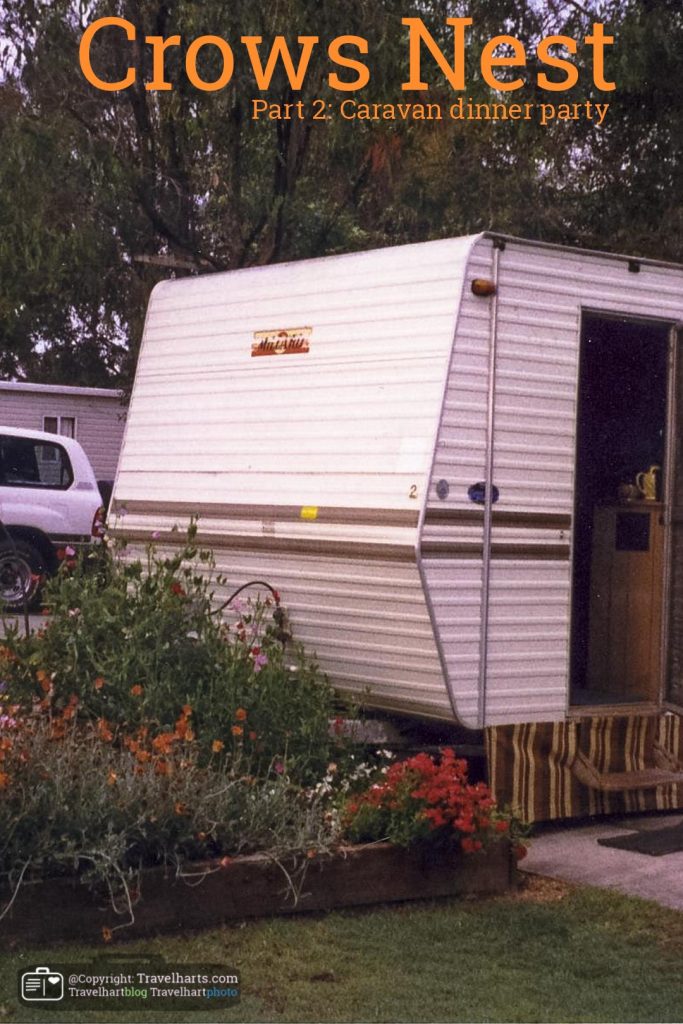