In the north east of Italy, between Venice and Verona, lies a beautiful Regional Park, called Colli Euganei.

This Park is 18.694 ha² (almost 187  km²) and consists of two types of rocks: sedimentary rocks, that originate from between 160 million up to 30 million years ago, and volcanic rocks, some are as old as 43 million years.  It is therefore a fascinating area for geographical research. The Park also is important because of the ancient Neolithic and Paleolithic human artifacts that have been found here, some as old as the 4th millennium BC. However it doesn’t stop here. There are many finds from the Bronze age (2nd millennium BC) and the Romans (2nd century BC) and this area tells the history from the Middle Ages, the 15th (Venetian nobility) and 19th century (Napoleon) all the way up to 1989, when it became a Regional Park. Many of the pre-Roman and Roman finds can be visited in the  National Museum Atestino in Este. 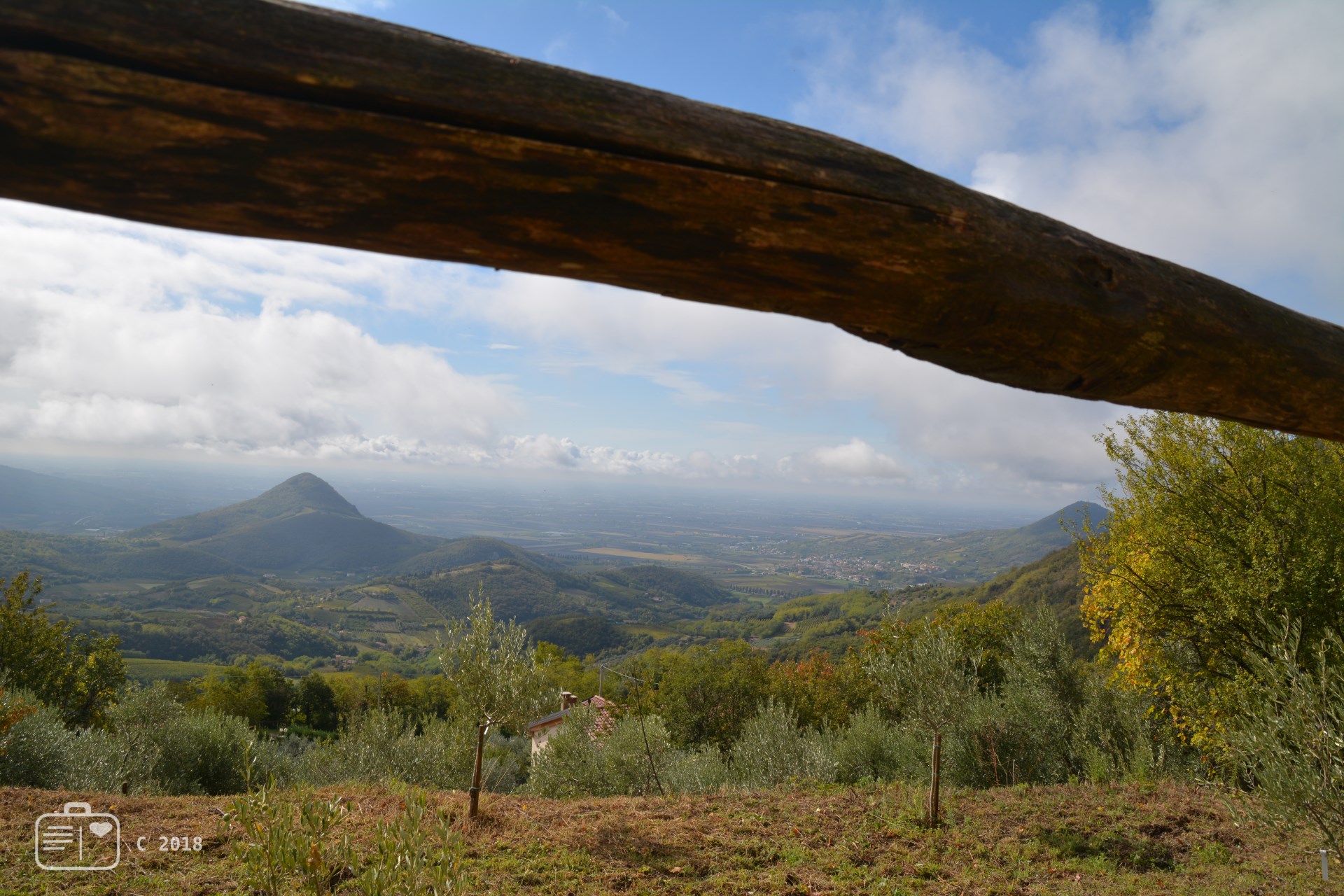 As tempted as we were by the idea of visiting the Museum, being parents of a then one-year-old going for a hike with the baby carrier pack seemed far more pleasant for us as well as for our daughter. Besides, some fresh air would do us good. We parked our car at the visitors center of the park and from there we started walking.

At first we followed the road that was zigzagging along the countryside. It was a foggy day, but whenever the view was clear it was a gorgeous one! Grape vines and olive trees everywhere, alternated by trees with ripe chestnuts in them. Every now and then we could see a little church or some houses in the distance.   Although the road was paved and there could be cars coming along (which they hardly did), it was easy to walk on carrying our daughter, extra diapers, food, clothes etc.

Although the park is or has been important to researchers there was no other tourist to be seen. We took our time, enjoying the views, taking photos and taking in the fresh mountain air. Eryn enjoyed it too, looking out of the carrier and sometimes leaning to one side to get a better view. 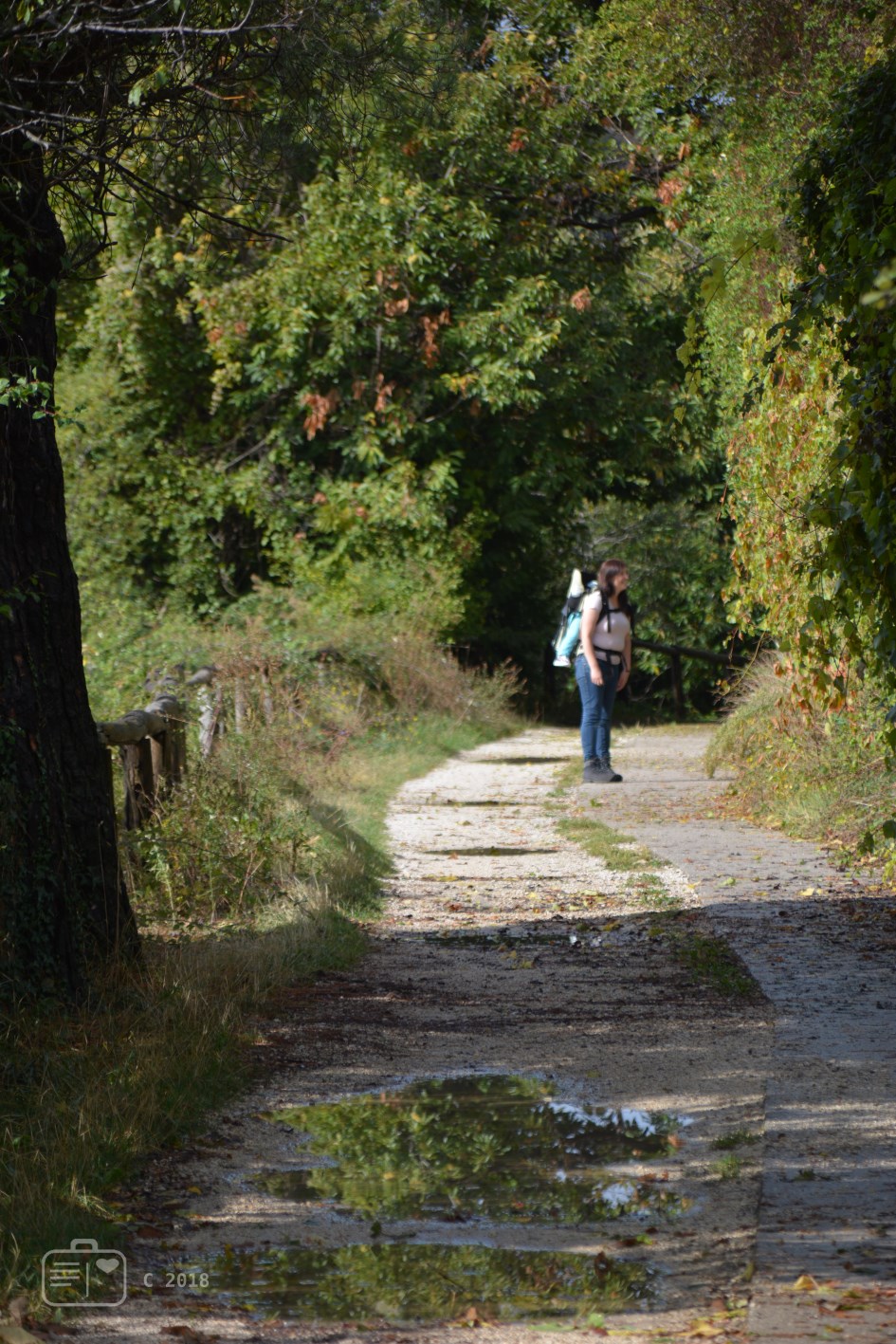 As the paved road led to a walking path, we let our daughter out of the carrier and started walking with her along the car-free path. Along the way we came across an old woman with a stick looking for fallen chestnuts. She wasn’t the only one. Soon we came across a nice man who gave Eryn three of his just collected chestnuts. She looked at them and gave him a big smile. The fact that he spoke a different language was no problem. The rest of the holiday she cherished this treasure and she brought it all the way back home.

After a while we arrived at an open spot in the park. There was a small picnic place and a few people around to collect nuts and enjoy the place. It was an ideal place for a child to play and for us to change her diaper, have a drink and some food before heading back via the same path we came from. At the visitors center, which was quiet and did not have much to offer apart from a small bite and a drink, we rested a bit before returning to our stay in a quiet village within this beautiful park. A spider in a web covered by raindrops and a caterpillar on the side of the building stayed behind, waiting for more visitors.

If you like to see more photos of Colli Euganei, check out our photo album on this Regional Park. 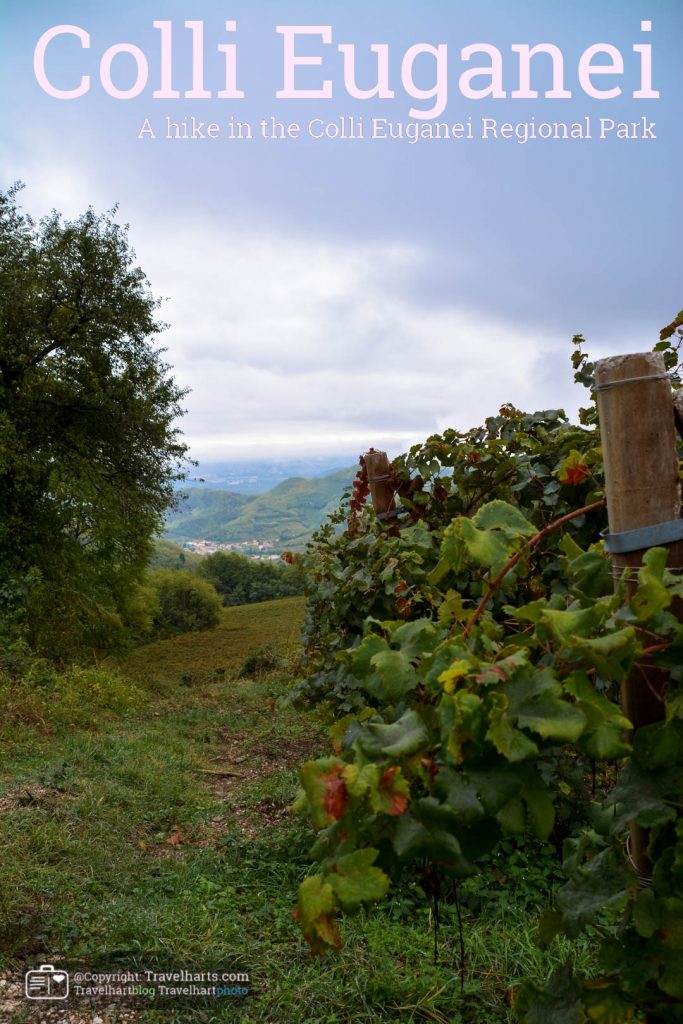