When we go on holiday we usually first pick a place to stay. Once the holiday home is booked the following question arises: “Where can we go to on a daytrip?” We often leave it it that and take it one day at the time. 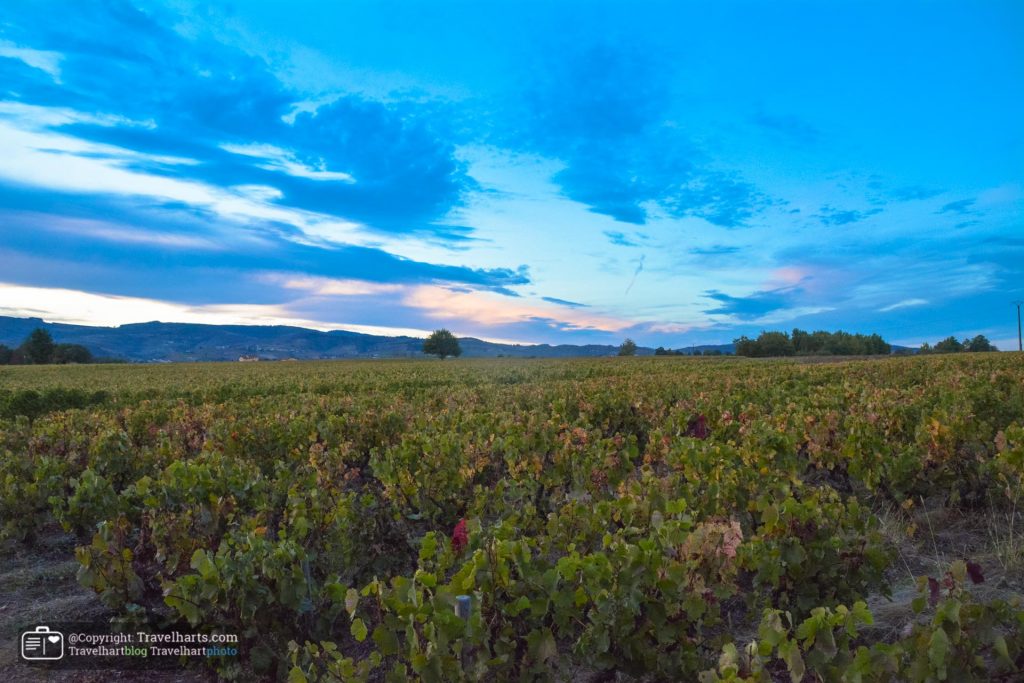 We were staying in the Beaujolais area in France. In our apartment, which was part of a mansion, we found numerous flyers of hikes, castles, guidebooks, photobooks and even ring binders with newspaper clippings about the region. Most of it was in French, but that was not the problem. Our problem was that there were just too many suggestions of what to do or to see. So what do you do when there’s too much information?

One of the things I always like to do is find out what is nearby. Our first walk through the small town we were staying at brought us to the local bakery. I believe that was the only shop in town. The bread was nice, much nicer than the industrialized bread our friendly hostess had provided us with. It had to be paid in cash. That first time I was so happy I found the bakery I ordered several bread and pastries and then found out that I did not have any cash on me. My poor husband had to leave our quiet apartment to bring us some.

On the way back to our apartment we walked past a sign pointing in the direction of where was supposed to be a castle. It did not say how far away the castle was. However, it seemed that that castle was the local point of interest. My husband tried to get there by foot, but gave up. “It must be miles away”, he said.

The next day we got in the car to drive to the castle. For Eryn and me this was the first time we went into that direction. We were pleasantly surprised to see a playground only a short walk from where we were staying. During our time in this apartment we came back to this playground several times. It had playing equipment that looked like a jeep with a slide on the side and steering wheels at the front. There were benches for mommy and trees with acorns on the side. We continued our drive up the hill. Suddenly my husband was very surprised. From the place he had given up to where the castle actually was turned out to be only a short distance. 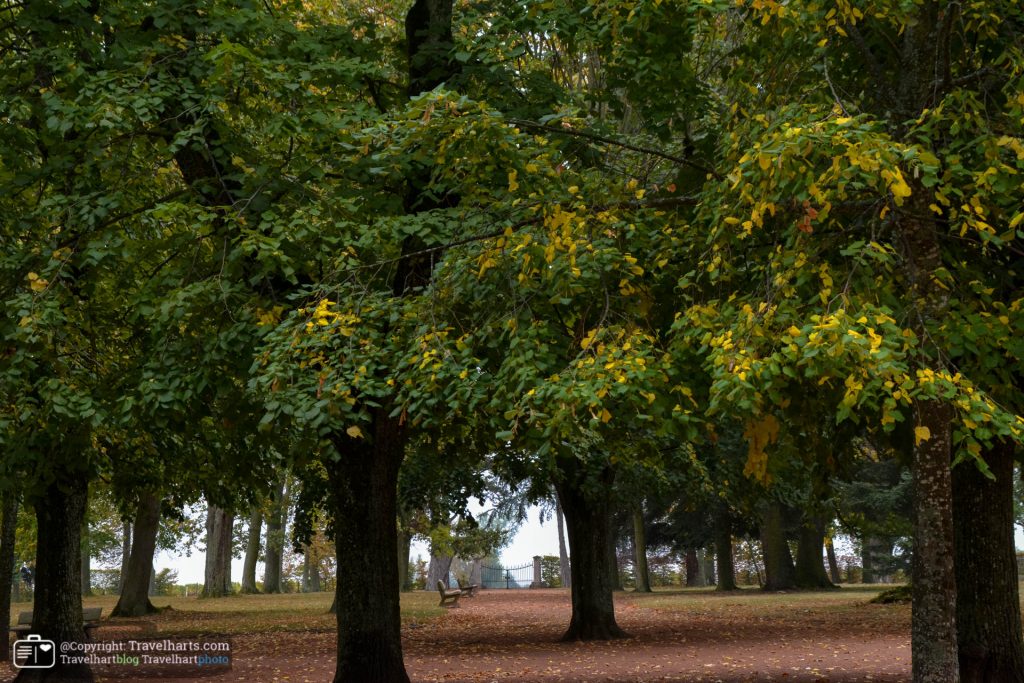 The Beaujolais region is known for its wines. There are vineyards everywhere. So it came not as a surprise to us that the castle in Corcelles-en-Beaujolais turned out to be a winery with its own vineyard. The castle, which simply went by the name Château de Corcelles, was built in the 15th century on top of where once a Carolingian stronghold was. In 1927 it became National Heritage.

It was interesting to see, but the castle grounds were more impressive and a good place for Eryn to run around in. It also had chestnut trees, so I’m afraid we brought home some garden elements belonging to the castle. The red wine I bought at the castle shop was ok, the rosé wine very sweet but nice. To be honest: we threw the white wine away as we really did not like it. All in all: if you’re in the area it’s nice to visit the place but be careful with what you buy and ask for a sample first. 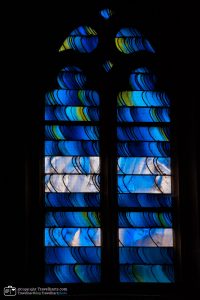 Once our direct surroundings had been explored we wanted to see if we could find a daytrip that was not too far away from our apartment. With no intention of having to go through all the documentation we were offered by our hostess, the internet turned out to be an effective source of information. I searched for ‘pretty town’ and ‘Beaujolais’ and quickly came up with the name of the town Bagnols.  Once we had found our ‘daytrip destination’ it was time to play some games of jeu de boules. The mansion we were staying at had its own driveway that was locked with an electric door that was extremely slow, so we had no interruption while we were playing. Only our hostess came by to join in on the fun.

The town of Bagnols was less than half an hour drive and when we arrived there it looked completely abandoned. It currently only has about 750 inhabitants, but we clearly came at the wrong time since we saw not a single soul during our entire visit. Only a notice board providing information of the town gave away that it might not always be like this.

We started our visit with a walk past the 17th and 18th century houses that were built with stones from the then active quarries, often also containing older elements. We made our way to the 15th century old church called Eglise Saint-Blaise. This church was enlarged around 1850 and clearly had new stained-glass windows. While I was still admiring them my husband saw a tree of life made near the baptismal font. All the children baptized in the church had a photo on this tree, which made it very personal.

In 1217 Guichard d’Oingt started building the castle that now dominates this pretty village. The castle survived many historical tragedies and during WOII functioned as a hiding place for several pieces of art as well as the stained-glass windows of the St. Jean Cathedral in Lyon. However, after WOII the building was neglected and in 1980, when it was sold, it was in quite a bad shape.

Years of restorations (mainly by a lady called Helen Hamlyn) went by until it had become the 5 star hotel it is today. It has a spa and a restaurant (with one Michelin star) that is named 1217. You will be able to sleep one night in this unique place starting at about € 450. A bargain I’d say to the many famous guests it welcomed over the years like Tom Cruise, Nicole Kidman, Barbra Streisand, Hillary Clinton, Naomi Campbell, Spice Girl Mel B., Bruce Willis and many others. Since at the moment we have to be more sensible with our money we did not stay there, neither did we eat at 1217, but we did go for a walk around the building and even visited the court yard. It is indeed a lovely place. 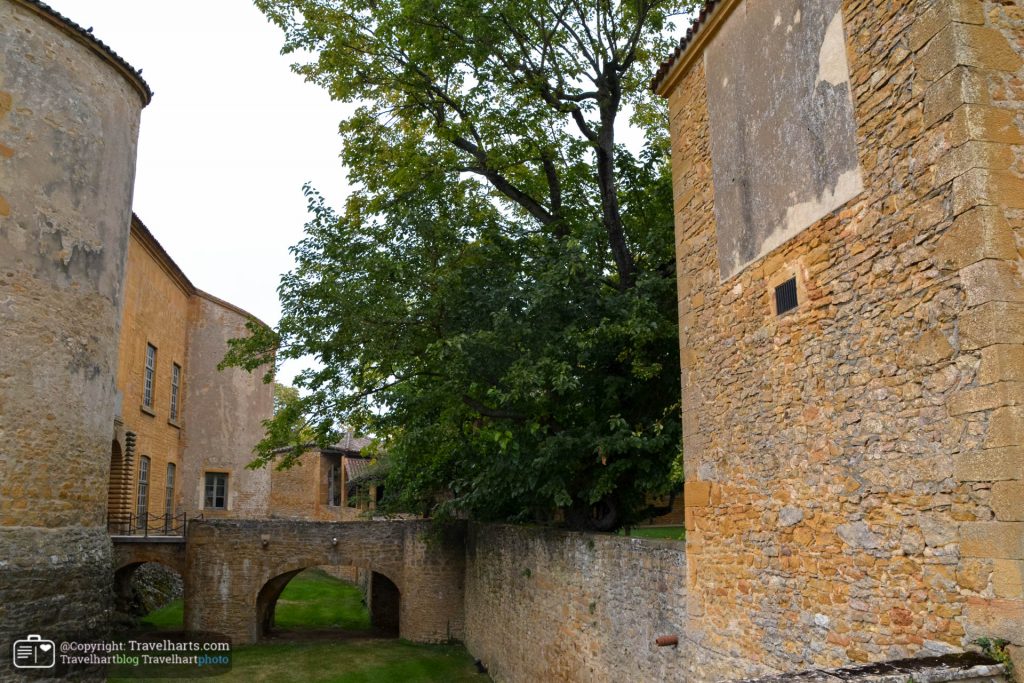 We left the castle and turned towards the school. The moment we went around the corner the fantastic playground belonging to the school came into sight. More precisely, it was a playground as well as the school’s gym field. There were signs how to use certain equipment and believe me: they some were not easy to use. Eryn successfully completed the obstacle track and had a great time at the huge field.

While I was sitting on one of the benches I said to myself: there can be a thousand flyers, guidebooks and newspaper clippings, but to Eryn – and therefore also to us – something like an unexpected playground that was in none of the flyers, guidebooks or clippings turned out to be the best experience of this day. Maybe what I mentioned in my story on Delicious Thai cooking is true. Sometimes the best daytrips or greatest treasures are the ones you do not seek but that you find by coincidence!

The playground in Corcelles-en-Beaujolais can be found at the corner of Rue des quatre chemins and D119E1.

The playground in Bagnols is situated near the school behind the castle at a street called ‘Au Bourg’.

We also have a photo site, where you can find beautiful photos of e.g. Paris and Vianden Castle. 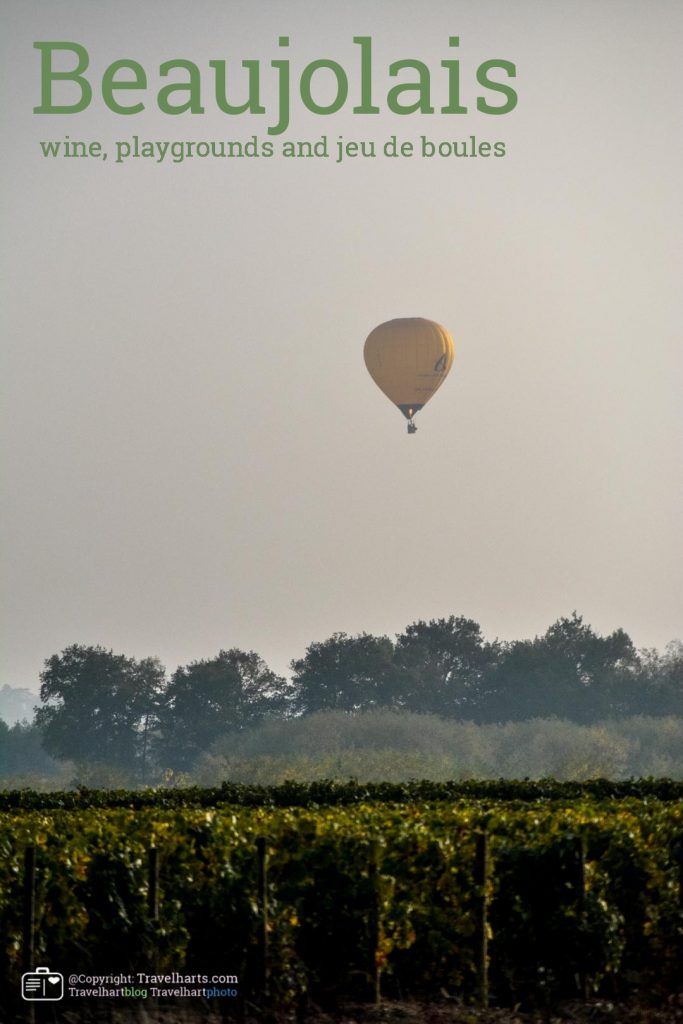