Over the years I have stayed in many hostels, B&B’s, guesthouses, hotels and apartments. Some were good, some were not so good. There are only a few I would call excellent. These are the places I would like to go back to and stay again, because I know we’ll have a great time there.

Saying that: when I was traveling on my own I was often looking for places where I could meet new people. That priority has changed. But the rest of my preferences remain the same. To me ‘great time’ means ‘lovely owners’, ‘quiet nights’, ‘clean rooms’, ‘a good bed’ and yet ‘affordable’. Meeting new people is just a bonus. The Rijcke Rust is definitely in my top 5 of my current excellent places.

The first time we stayed with Ria and Paul was on our first weekend away with our daughter. Eryn was only a few months old. The Bed & Breakfast that Ria and Paul run is a small one with only a few visitors at the time. It lies in a quiet street in the small, but old town of Rijkevorsel. They have chicken, a donkey, a deer and a horse walking around in the meadow in front of the B&B.

That first time we were staying in one of the upper rooms. Eryn slept in a baby bed that was available and ready for use when we arrived. After a good night sleep we went down the stairs, where the living/breakfast room is situated. In the cabinet I found some flyers. The breakfast was delicious and we were offered too much to eat. Ria made us fresh coffee and tea, orange juice and eggs. Eryn laid down in her pram while we ate. Soon we were ready to explore the surroundings of Rijkevorsel. We took some flyers and decided to go for a walk in Hoogstraten. 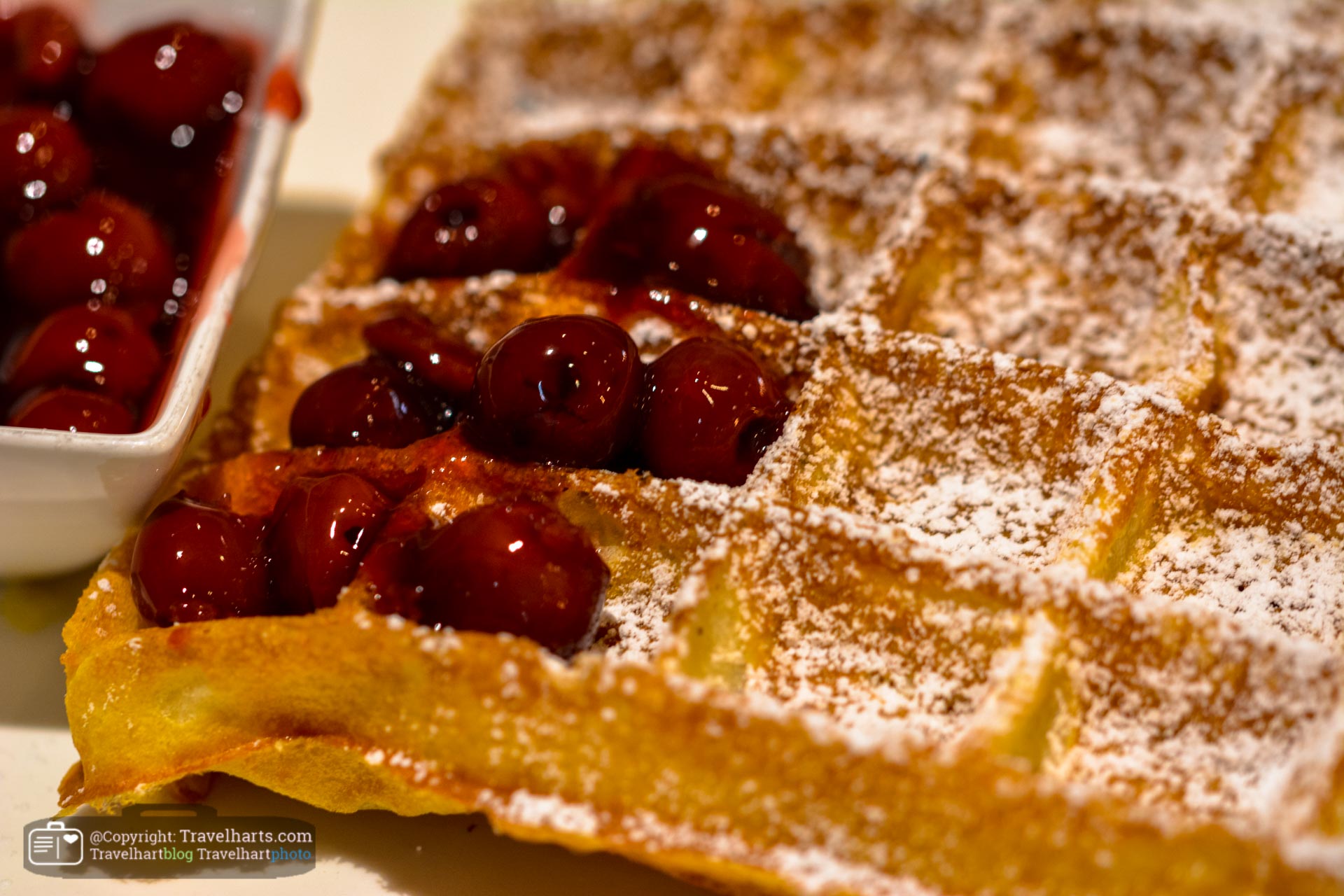 It was a Sunday. Apart from the Tourist Office (‘VVV’) and an ice cream parlor everything was closed. That was no problem for us. All we needed was a nice place to go for a walk with our daughter. We parked our car near the Saint-Catharinachurch with its 80 meter tower. This tower was rebuild after WO II, because the previous one was destroyed at the end of 1944, while the Germans retreated. We entered the parlor and sat down for some proper Belgian waffles.

One warning when you go to Belgium: keep in mind that in a lot of shops, bakeries, but also this ice cream parlor you must pay in cash. We always seem to forget, because in the Netherlands we are so used to pay by cash card we never have actual cash with us. So off I went to find an ATM, while my husband and Eryn waited at the ice cream parlor for me to come back. On my way to an ATM I ran into the Tourist Office, where I bought a booklet with 14 walks in and near Hoogstraten. I will write more about the walk we did in Hoogstraten in another story. For now it’s enough to say that we had a great time that day. The walk we chose brought us all around the city. I especially liked the Begijnhof. This beguinage has 36 houses and a church. It was so nice and quiet. This 800-year-old city is well worth a visit. 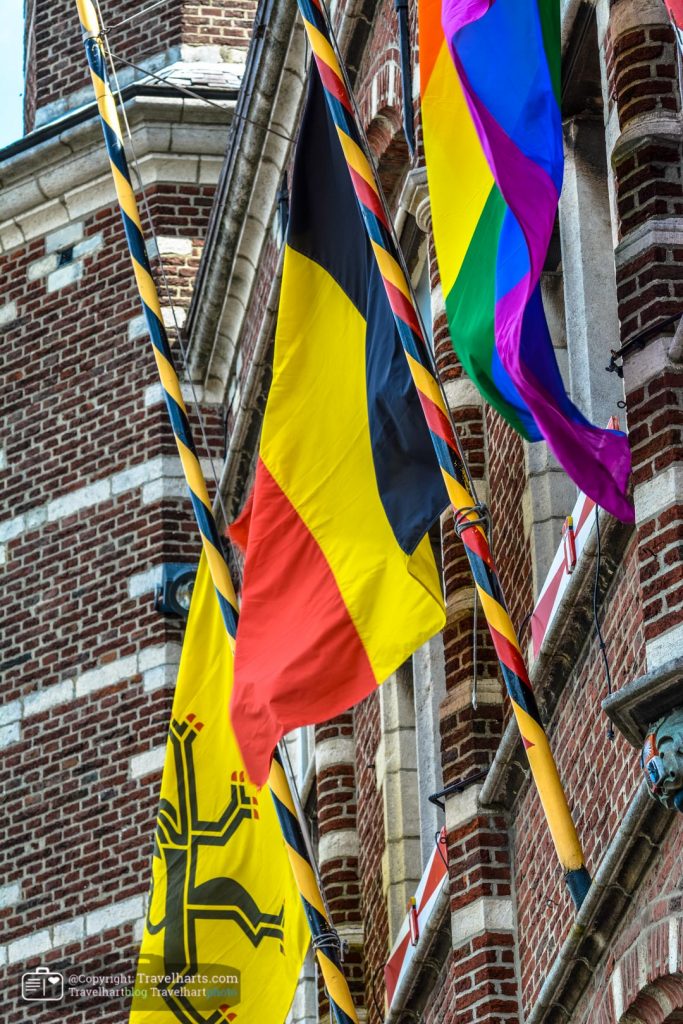 The second time we stayed at the Rijcke Rust was almost three years later. Just like the first time we were welcomed by Ria with a big smile. Our daughter immediately liked her, which was mutual. She even was able to convince Ria to run a couple of rounds around the B&B with her. This time we had a two bedroom suite. This was excellent, because it gave us some privacy and we did not have to go to bed at the time our daughter did. We had a separate entrance, but we only had to walk a couple of meters to get to the entrance of the breakfast room.

This time we did not have time to go for a walk around town. We only stayed for one night and Pipolino was closed. The first time we stayed at the B&B we had bought some nice clothes and toys at this shop. It is a bit expensive but has many great things in stock. We only went into town to get something to eat. The town of Rijkevorsel is not one I would recommend. There is quite a bit of traffic (also tractors) and there are not many restaurants. But the pub across the church has enough to feed an empty stomach. And in the morning we had yet another outstanding breakfast waiting for us at the Rijcke Rust. This time Eryn was old enough to eat something too. Since she is a picky eater, we brought her regular porridge with us. It was no problem to get some warm milk so that we could prepare it for her. Of course Eryn did not say no to a boiled egg that was offered as well.

At home I had done my bit of investigating. I was looking for a playground so that Eryn would have a good time too. On the internet I had Googled a place called ‘Kidzzz’. They seemed perfect to me. There was an indoor part, but it was also possible to play outside. It was only a few minutes away from our B&B, so nothing could go wrong, could it? When we entered the place we realized we had forgotten about one thing: it was a weekday and all children were at school. There were absolutely no children apart from us. They were open, yes. They could make us some food (even finger snacks). But what they could not do was to get Eryn any playmates. Still, she enjoyed climbing, running, playing with balls and doing all the things children are supposed to do inside.

After a while we asked if we could go outside as well. The gate was closed and it had been raining before. But it was no problem at all. They opened the gate and we could try out all the equipment outside. If there had been been other children, I would have been very enthusiastic about this playground. It had so many nice things to play with. However, that day I felt sorry for our daughter. Luckily we intend to come back to the Rijcke Rust in the future. Maybe we can then also come back to this playground. When there are plenty of other children around for Eryn to play with. For now it was a nice but lonely private playground.

On our photosite you can find more Belgian photos in churches in Mechelen, spending a weekend in Mechelen and birds of Mechelen.

Another excellent place to stay is Gites Gleis- Bingen in Luxembourg. I would love to stay there again! 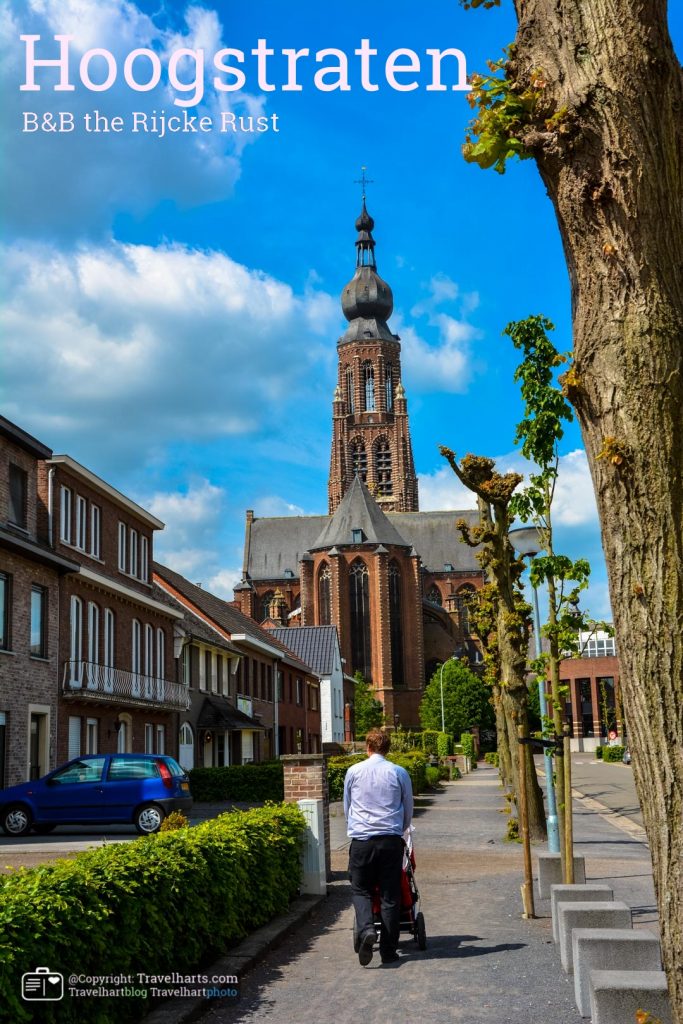