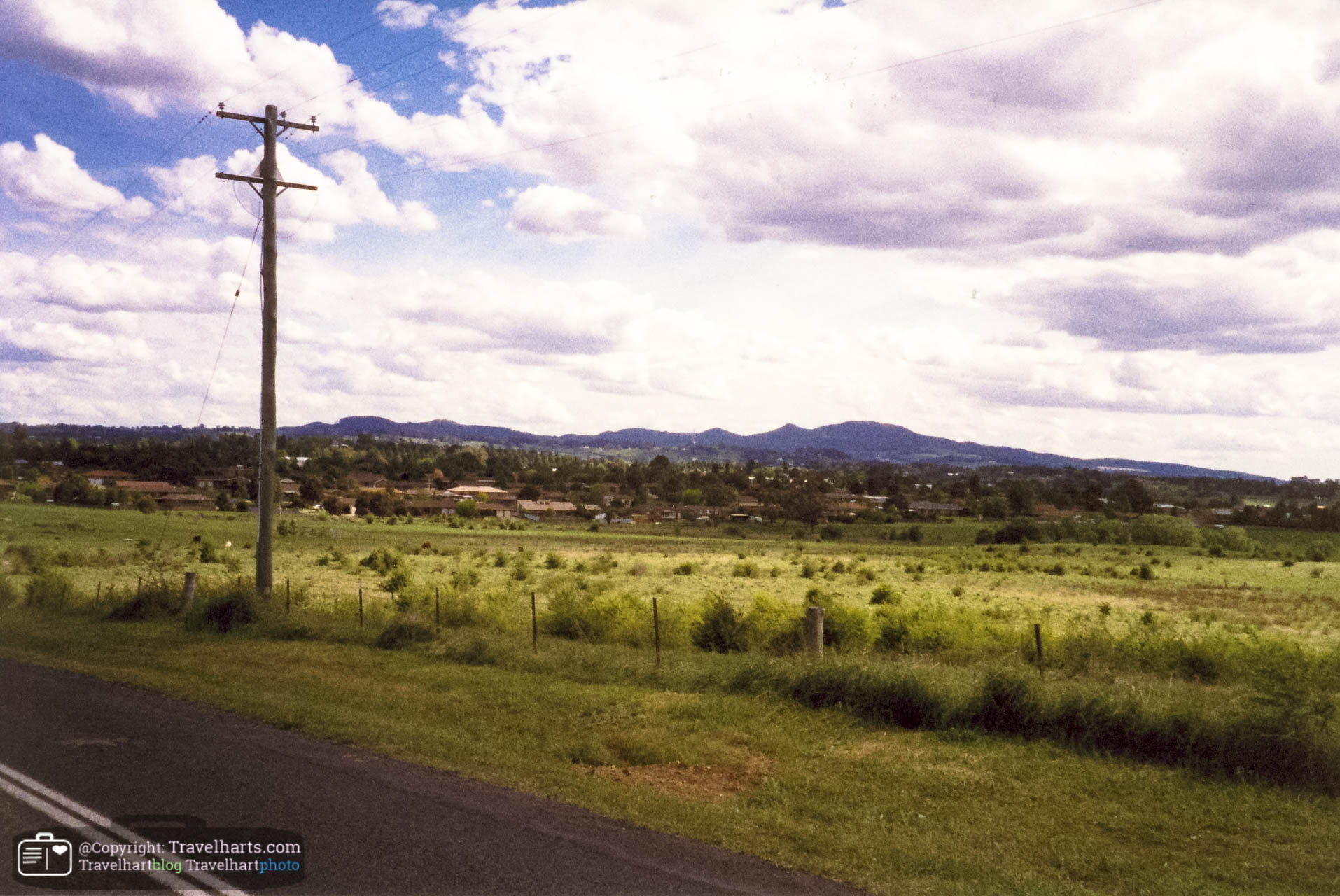 My grandmother was a great story teller. I loved it when she started talking about the time when she was a little girl. A cat once attacked her, which made her fear cats for life. I believe it’s called ‘ailurophobia’. Or when she just started her working life and she had her first job at the ‘Old Albert Heyn’ in Zaandam. Unfortunately I cannot remember her telling stories involving her siblings.

I vaguely remember my father and my aunts mentioning that they had relatives in Australia. Their aunt and uncle had moved there with their son after WWII. But apart from that I did not know anything about them. When I was planning to go to Australia for a year my family mentioned them again. You can imagine that I was very keen on meeting them!

When you’re in Sydney and you go inland, you first come through a National Park called ‘the Blue Mountains’. This is a really nice Park to visit and I will write about it in another story. From there you can head even further to the west until you arrive in a city called ‘Orange’.

The land was originally a convict settlement, but in 1846 it was chosen as the place to establish a new village. The Australian gold rush (1851) and the railway connection to Sydney (1877) contributed it to grow into the city it is now. These days it has about 40,000 inhabitants, amongst which my dad’s cousin. At the time of my visit his mother – my dad’s aunt – was still alive as well, living with her son. 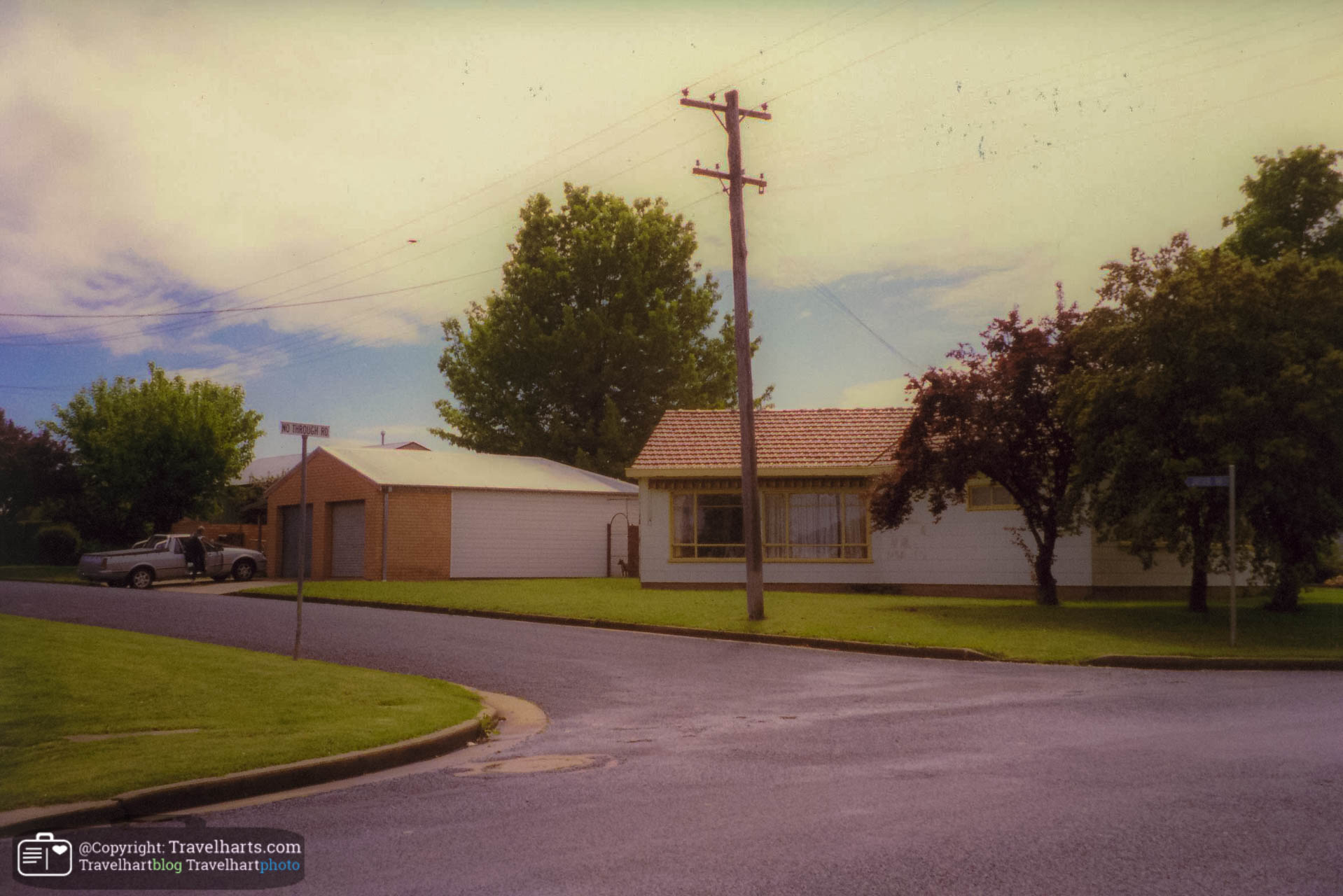 After the long boat journey to Australia and the initial installment in this new country my dad’s uncle and aunt had been able to buy a piece of land. It’s a shame I never got to meet my dad’s uncle. He had already passed away when I visited. He was into construction and he and my dad’s cousin had built the house they were currently living in themselves. This was their second house they had built. The first one was not too far away. Apparently there had been a mistake and they had built the first house on the wrong piece of land.

My dad’s cousin was also into construction and he told me a lot about this second house. They built it in such a way that it would be energy saving. Inside I immediately noticed that the owners had to be Dutch. The wall paper looked typical Old Dutch and so did many of their other decorations.

Within a year’s time I managed to visit my relatives a couple of times. The first time we met my bus was early, so I rang my dad’s cousin. He came to meet me at the bus stop, dressed in a t-shirt with shorts, wearing a typical Australian hat. Still, the weather here is not always hot. At night there can be frost and my dad’s aunt used an electric blanket. After my dad’s cousin had helped me with my luggage, we got in his pickup truck and drove off.

At the house my dad’s aunt, who was in her eighties and struggling with her memory, waited for us. She was doing the dishes when I arrived and after a wet handshake we started talking. It was a bit confusing, because we started in English, but as soon as she found out I was a Dutch relative we talked in Dutch. But a few minutes later she had forgotten who I was, so we talked in English again. Until she asked: “But who do you know in the Netherlands?” The Dutch salted licorice and the letter one of my aunts had given me to deliver were both much appreciated.

After reading the letter we started looking at old photos. Unfortunately I had only brought a few recent passport photos, but my dad’s cousin still had an old box. In it was a photo of my dad in a sailor outfit with his cousin, my grandparents (his aunt and uncle), his mother when she was much younger in a canoe, his father and one with him at a wedding with friends. We watched photos until it was time to go to sleep. 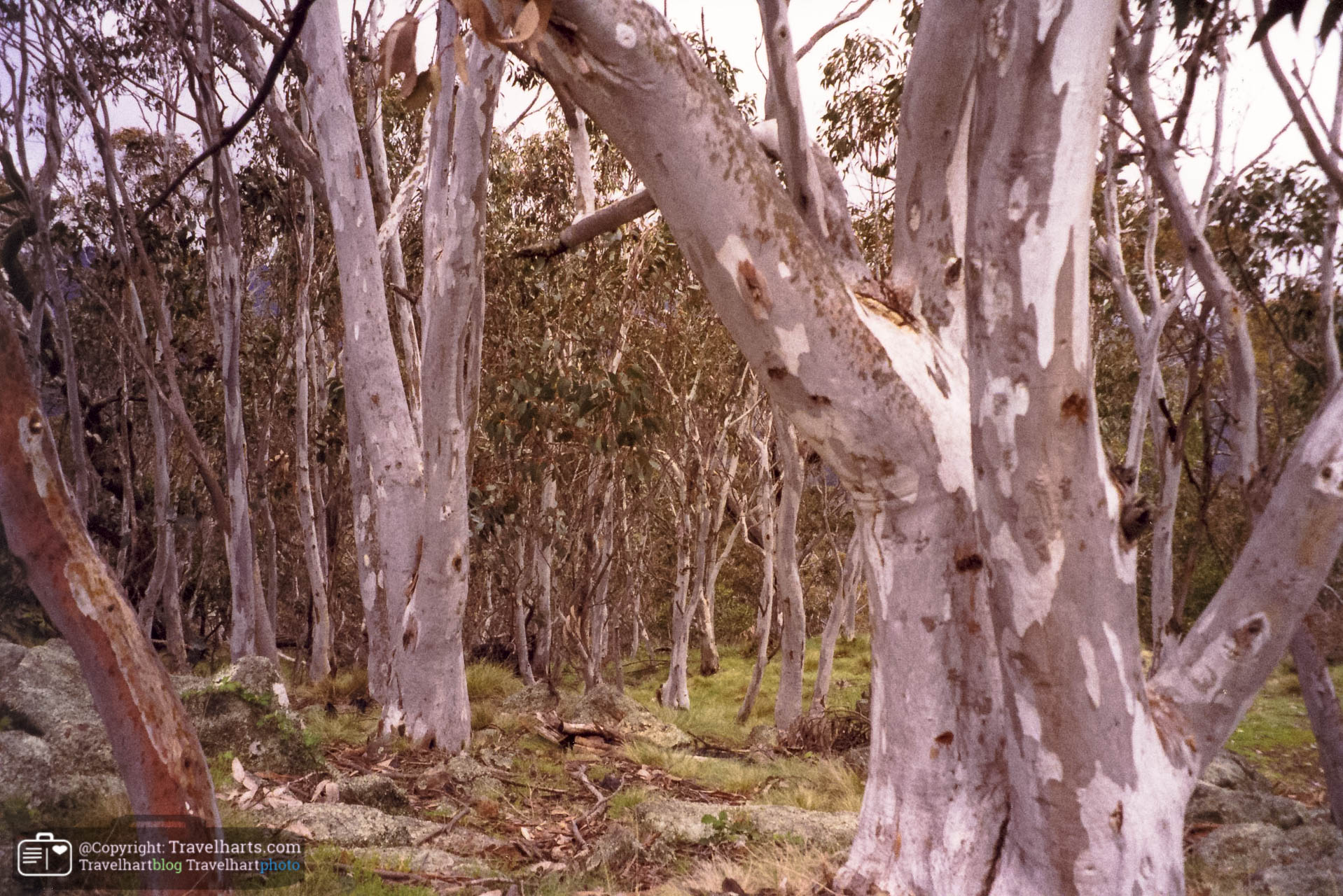 During the days that followed I was able to visit the center of Orange and get a better idea of what this city was like. The library turned out to be a good place to check my e-mails. Another nice spot was a small park, in which I could sit on a bench and enjoy the sunny weather.

I also visited the Botanical Gardens. Their location is a bit out of the way. I had to walk several kilometers in the hot sun. In Australia a bottle of water is not a bad item to bring with you when you walk out in the open. Back in the house my dad’s cousin told me he built one of the decorated gates within these gardens. That made the visit extra special.

On one of the days my dad’s cousin took me for a ride through the area. It was great seeing Mount and Lake Canobolas. The view was gorgeous. I also got to see one of the houses my dad’s cousin was working on at the time. The garden looked beautiful. Birds were flying around and the pond had the size of a lake. We also saw a wild kangaroo. After all, we were in Australia. He also showed me the place where they discovered the first gold in Australia. One of the reasons Orange became so big. 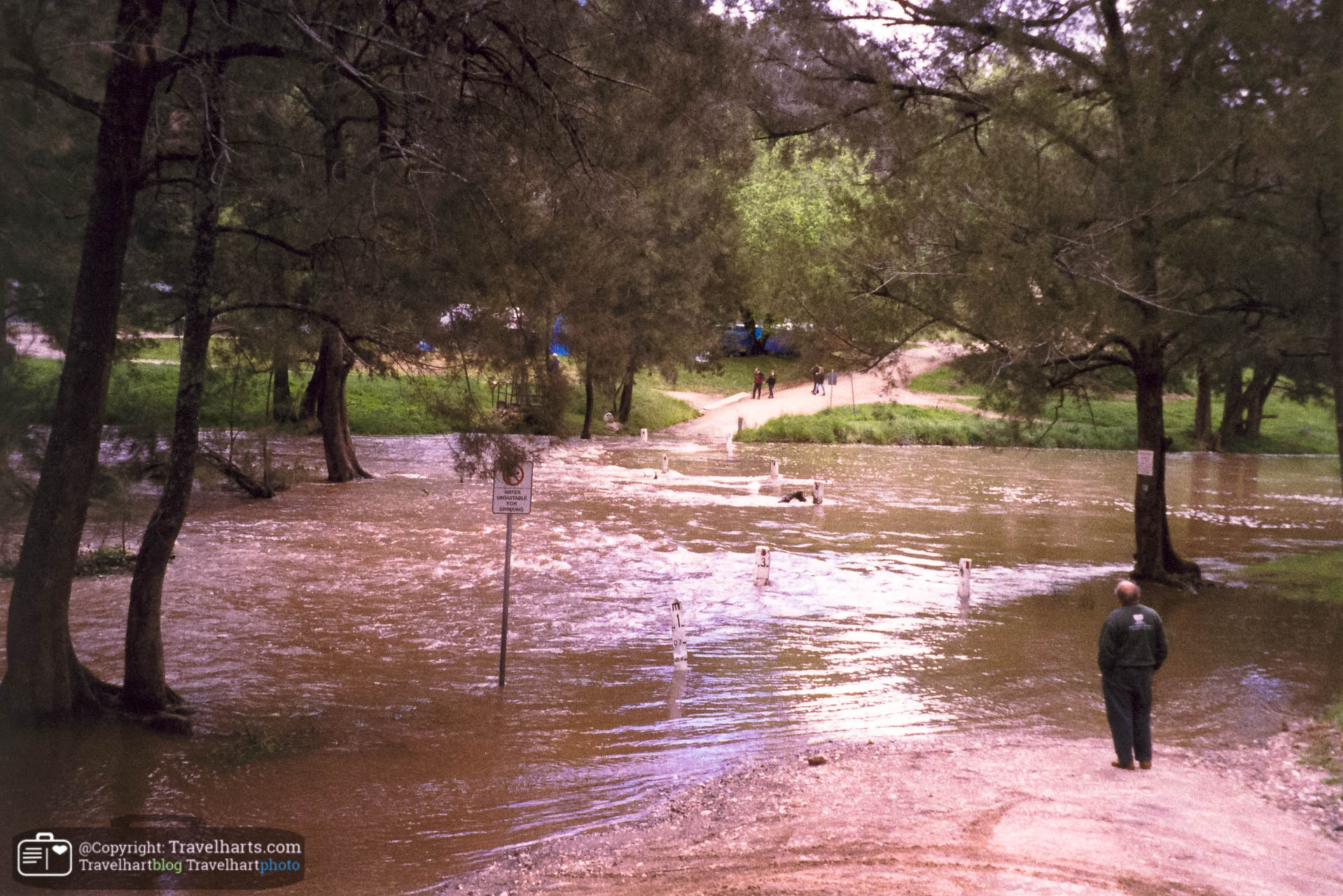 I clearly remember one of my first days in Orange. We went to buy some groceries by car. When we got out, I noticed that my dad’s cousin shut the door and immediately started walking towards the supermarket. At first I thought he simply had forgotten to lock his vehicle. I confronted him with it and he smiled and said: “No worries, it’s not necessary.” When he saw my surprised look, he explained that there was hardly any crime around and that he never locked his car. It was fine and it would not get stolen.

A day later I went for a stroll through the city. I returned to the house in the afternoon to find the door open. My dad’s cousin was at work, but his mother was at home. At the time she was suffering from memory loss because of old age and when she saw me, she asked: “Do I know you?” I explained to her that I was a Dutch relative and that the previous night I had slept in the same room as she in the bed next to hers. She couldn’t remember, but she figured it would be ok. In Amsterdam, where I was from, doors were always closed, even when people were at home. Or at least they could not be opened from the outside. The concept that a front door was always open for everyone to enter blew me away.

A leap back in time.

I know that at the time my parents grew up things used to be similar in the Netherlands. My grandparents simply stuck a chord through the mailbox, so that their children were able to open the door when no one was in. At the time of my visit to Australia things had changed a lot in the Netherlands. It was unimaginable not to lock a door, let alone a car, without people breaking in. However, at the start of the new millennium things were about the same in Orange as they were in the fifties and sixties in the Netherlands. I have not spoken to my Australian relatives for a while, so things might be totally different now, but I hope Orange still has some of its innocence it had when I visited it. 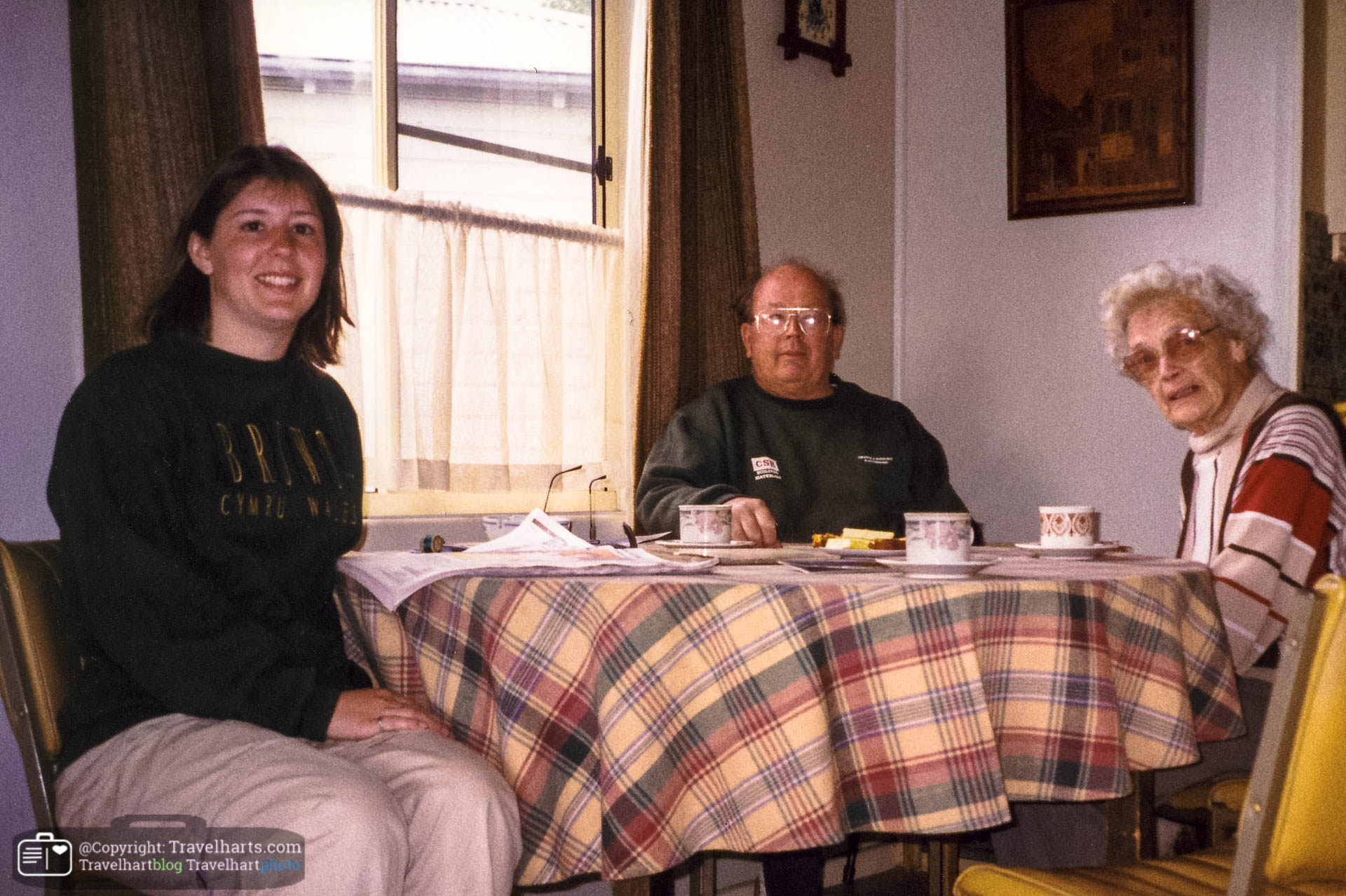 During the time I spent with my relatives I was surprised how much they lived their lives in a Dutch way. Most of the evenings we ate potatoes, a vegetable, meat and gravy. They put the gravy in the fridge and heated it again the next evening. One evening I offered to cook. I made a simple pasta with tomato sauce and salad. To them this was completely out of the ordinary. My dad’s aunt didn’t like it and my dad’s cousin thought it was ok for once, but was glad the next day we ate potatoes again.

My eating habits were very confusing to my dad’s aunt. I loved the Australian water melons. She found them horrific and told me about ten times. I was glad to find vegetarian sausages in the supermarket. That was a concept she could not comprehend. “You say that you do not eat meat, but now I see you eating sausages!”

What I found fascinating to hear was that when they spoke Dutch they used words that people in the Netherlands used in the 1950’s. Words that came to use later on were not part of their vocabulary. My dad’s aunt spoke Dutch without an accent, but English with a Dutch one. My dad’s cousin spoke English without an accent, but Dutch with an Australian one. 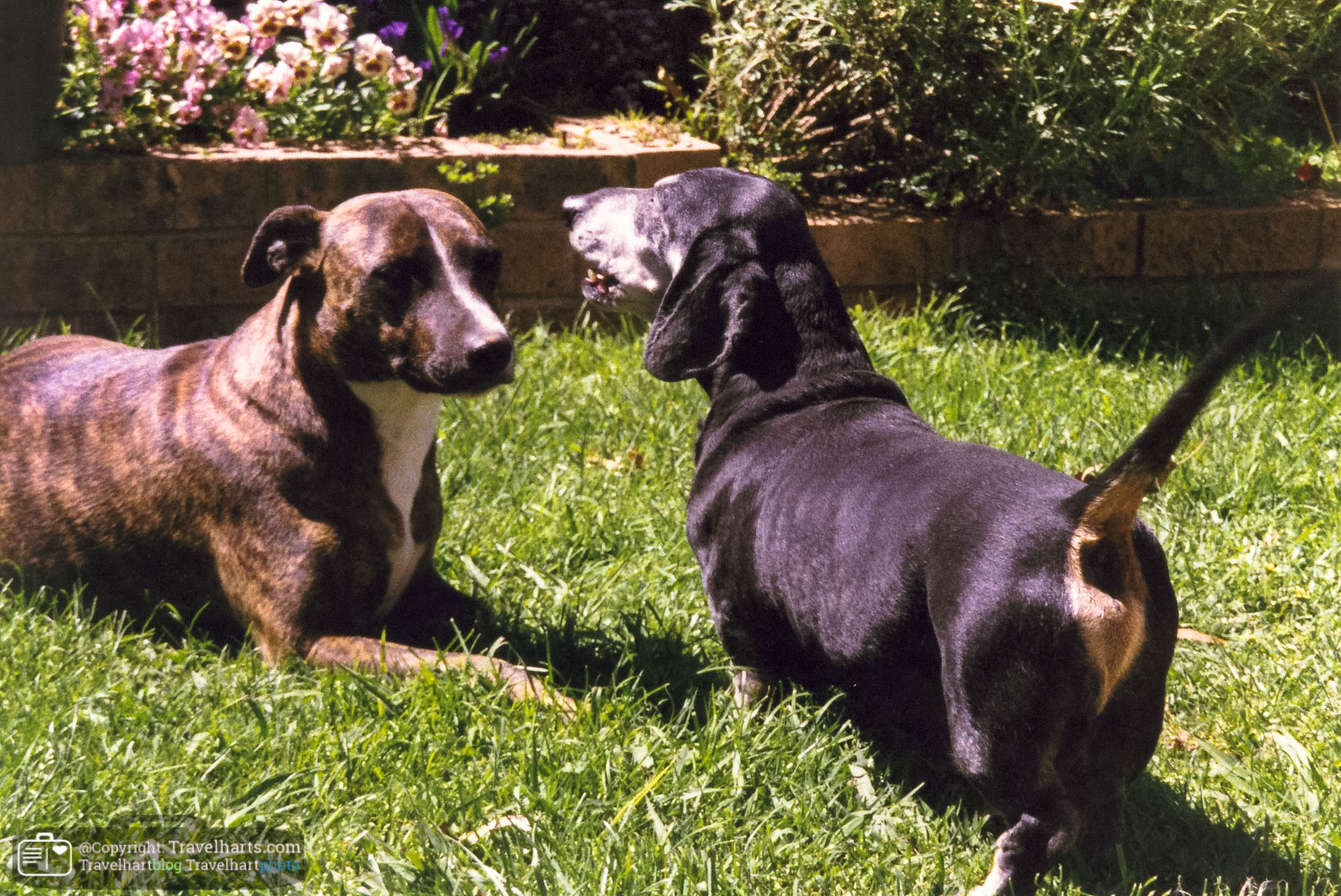 Looking back I’m very grateful that I got to meet my Australian relatives. They were very friendly and hospitable. It was so interesting to listen to their stories and learn about their new lives. Even though they went to the unknown and moved to the other side of the world they still stuck to quite a few of their Dutch habits. At the same time they adjusted so well and they became an important part of the Orange society. Something to be proud of!

On our photo site you can enjoy more photos of Oceania in the albums Auckland and Bay of Islands. 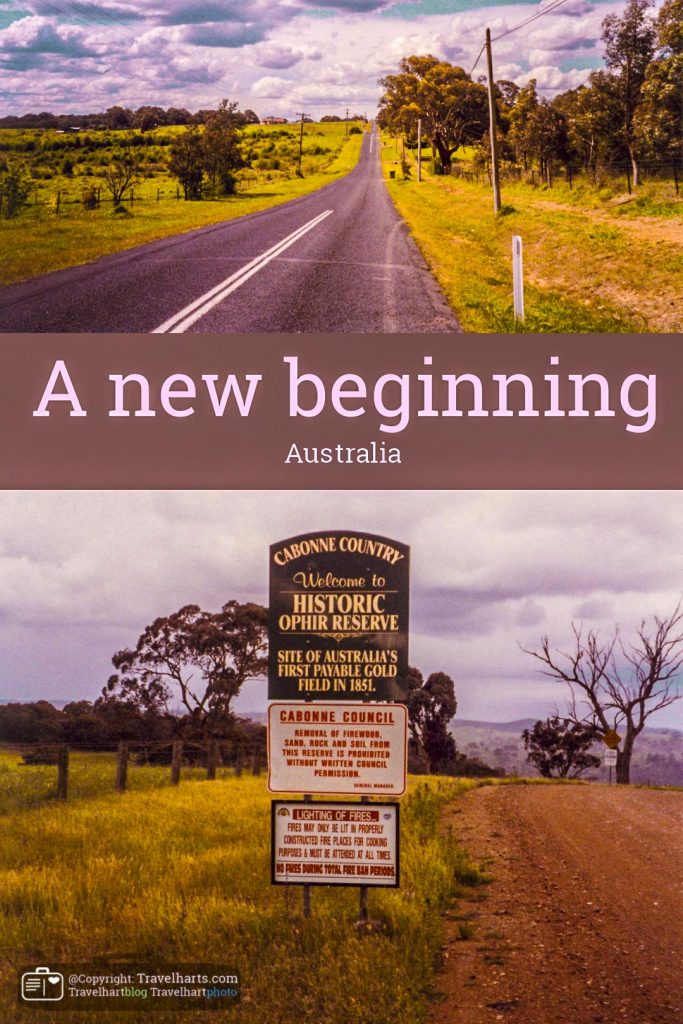