Finally! The holiday we thought would never happen has finally started. It almost didn’t. We’ve had so many heartbreaks and suffering in the last few weeks.

First we had to say goodbye to Gizmo, our sweet ginger friend. As a stray kitten he followed my husband’s sister into her home and soon he and my husband became the best of friends. When my husband moved to Almere he decided to buy our green house based on the size of our garden. A garden, in which Gizmo has spent many hours sunbathing between the plants, sheltering from the rain in his “rabbit house” and guarding his domain. He now rests forever underneath his favorite spot in the grass. He was a kind friend to all of us and we will never forget him. 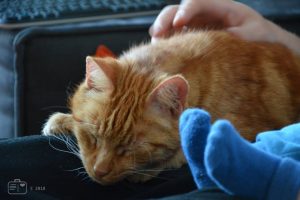 Only five days later my husband went to the GP who confirmed what we already knew. His company doctor, whom we went to see the following week, agreed with him and called him incapable to work. It was a relief to see that his condition was taken seriously, but at the same time it was awful to experience that – after 4 nights with Eryn and I staying over at friends (once again a big, big thanks to them) – only the sound of a bus could make him feel nauseous. Luckily a stay in the woods for 2 nights made him feel a little better. He will have to get better day by day, hopefully with not too many relapses.

With the day of departure approaching rapidly and thumps up from doctors and my husband one could say nothing could come between us and our holiday. Wrong! Eryn started to get a cold and even had a fever for a day. Compared to the rest of the setbacks this turned out to be peanuts, but still a little worry and she’s still coughing as we speak. So today we started our holiday. It will be a different one than the ones we’re used to with hopefully lots of peace, recovering and relaxation but also with new insights and small adventures.

We first had a long pancake visit at the house of my best friend. Only a small distance away, but it already felt like we were on our way not only to a new holiday destination but also entering a new chapter in our lives. My friend – through different circumstances – is also moving towards a new chapter in hers. A couple of hours was not enough to catch up, but we each had our commitments later that day so we had to kiss goodbye and follow our journey to the south of the Netherlands. 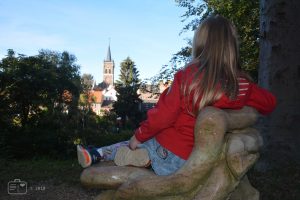 A few hours later we entered the old part of Elsloo via a paved road until we stopped at our stay: Elsloo Castle. The original castle already existed in the 13th century. It was situated hundeds of meters away from the current ”castle”. In 1579 the Spanish set it on fire during the siege of Maastricht. It was later flooded by water from the river Maas and the foundations can still be seen when the water is low. There are several rumors about the original castle. It could have been an extensive military complex which was plundered by and home to a thousand Normans in the early Middle Ages. However, it could also have been a Königspfaltz (not defensible royal palace) to Lothair II or Charles  the Bald. The new castle, where we were staying, was originally a mansion with some annexes and given to the city of Elsloo in 1957. These days it’s exploited as a hotel and restaurant.

Eryn and I decided to explore the castle grounds while my husband took up his drawing to get some well-deserved relaxation. Unfortunately we were not able to find the oldest part – the watermill – which should be from 1552. Neither could we enter the botanical gardens. Instead we went into the beautiful park with huge chestnut and acorn trees to finally end up on top of the hill where we left the park and entered the new town through a small gate.

In this part of town we found a snackbar which was simply called “Frituur”.  When I asked a local whether it was the best snackbar in town he replied: “I’ll have to say yes or I’ll get black fries.” It turned out to be very good though (no allergic reactions on Eryn’s face from the mayonnaise) and the owner was very nice giving Eryn not one but five free candies in a chips bag. We were reunited with my husband and the three of us ate this simple but delicious meal sitting on a bench in the park, covered by a warm blanket. Let this new journey begin! 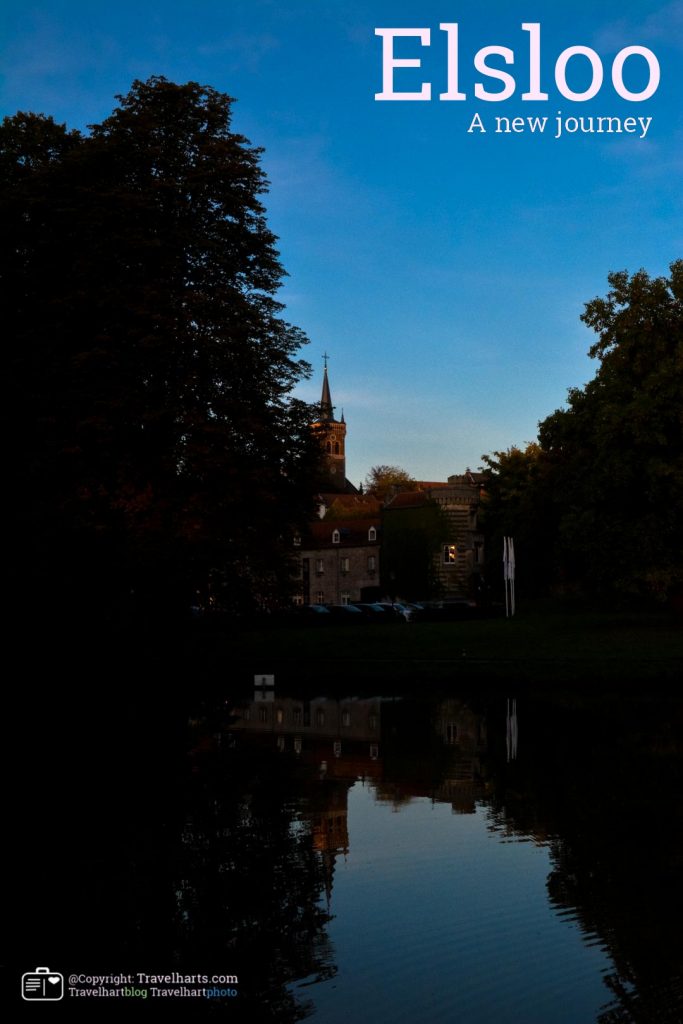