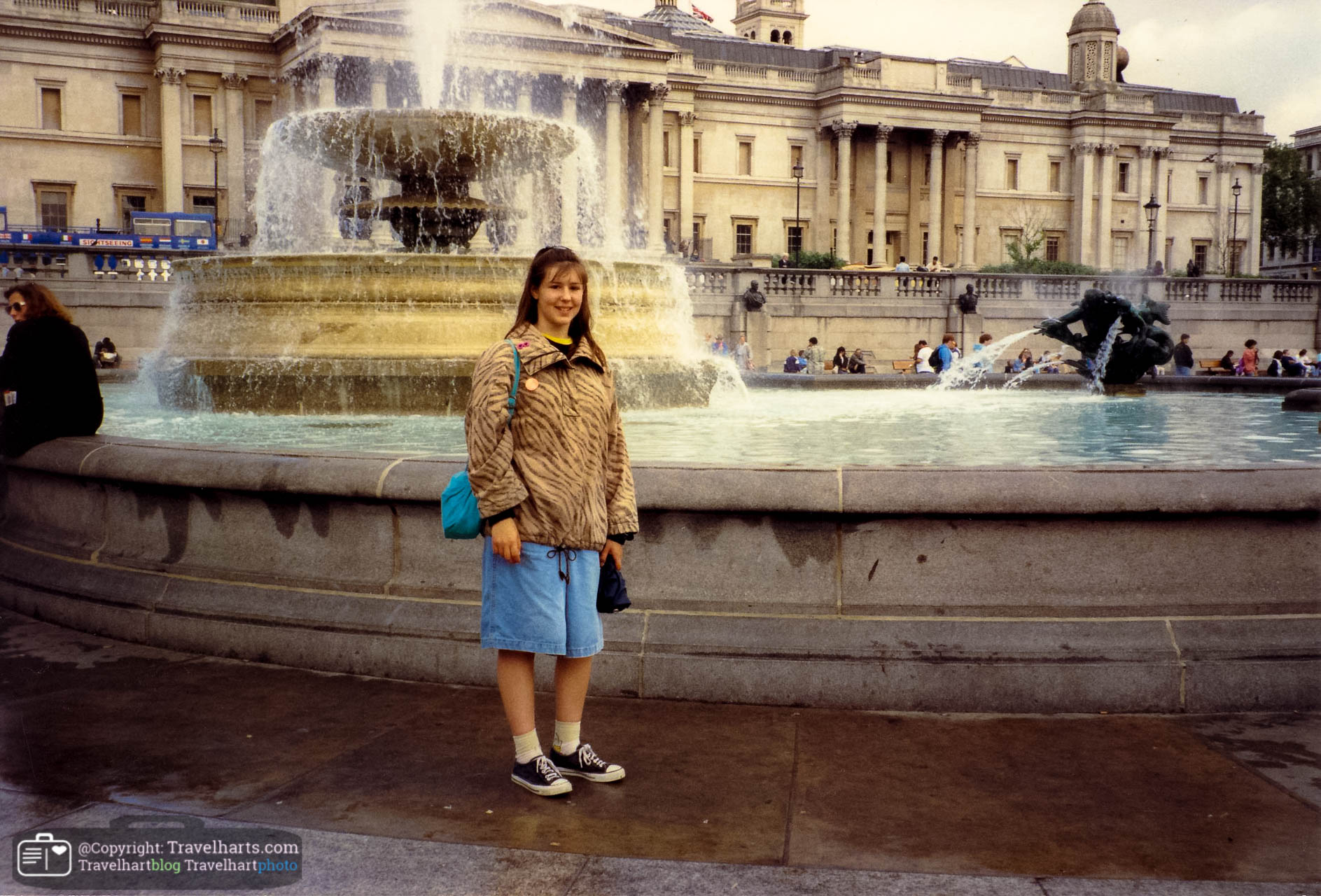 On a first trip to this country most people go to London. There is so much to see and do that you can easily spend a lot of time there. I visited London for the first time when I was 16 years old. My late aunt took me and one of my cousins there for a midweek. It was my first holiday abroad without my parents. My aunt, an English teacher, had organized the entire trip and we had a great time.

We were staying in one of the student halls of LSE, called Passfield Hall. According to my aunt Mick Jagger had been studying there at the time when he met Keith Richards. He was studying finance and accounting, but apparently he was not as passionate about it as he is about music. During the summer holidays this student hall is a good alternative for an expensive hotel and surely more interesting. I have to admit it is very basic and you often have to share a bathroom, but for less than €99 a night and with breakfast included it is a great prize. 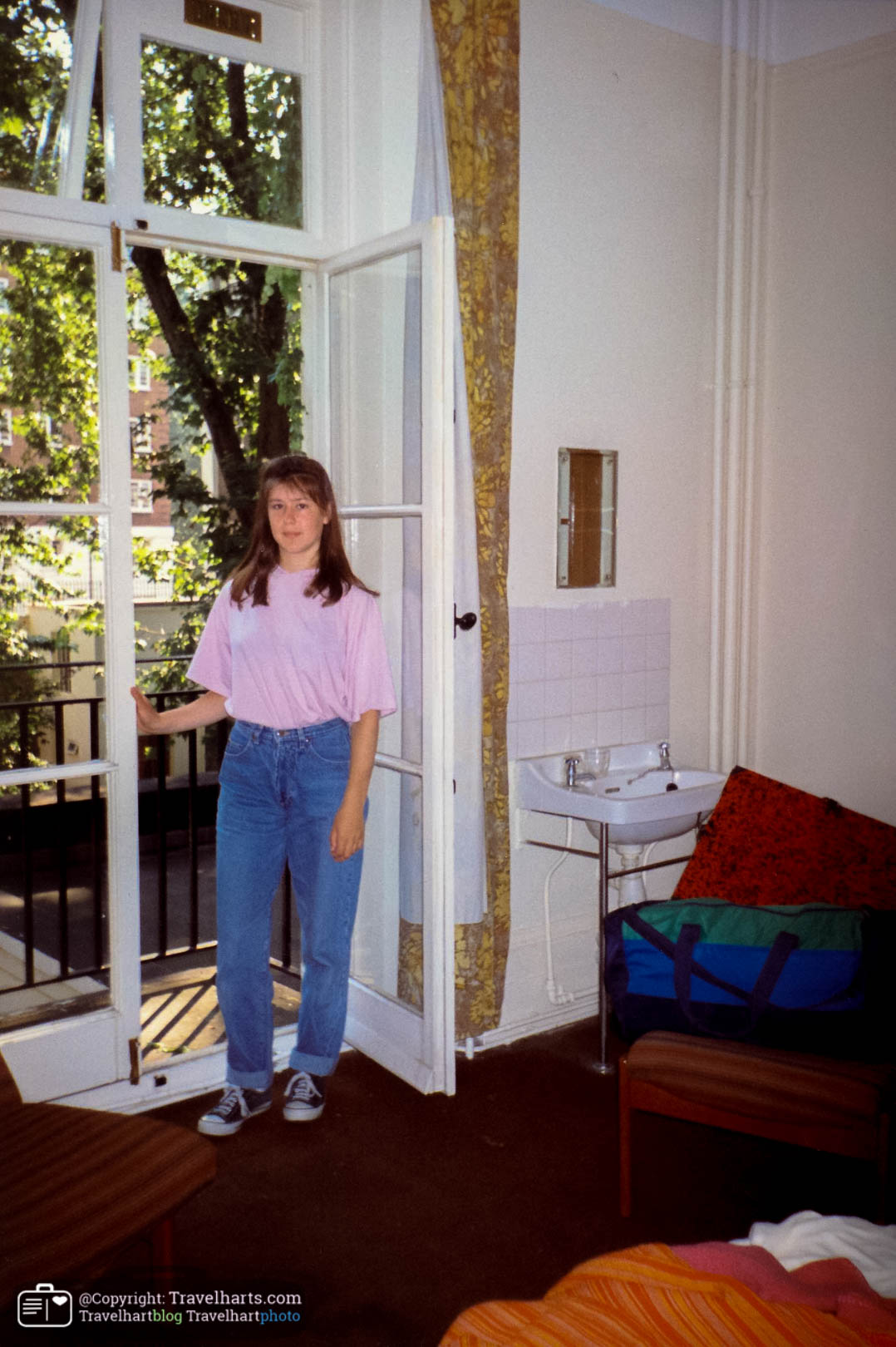 So what did I experience during my first visit to London? A lot! The Tower of London, London Bridge, Hyde Park, St. Paul’s Cathedral, Horse Guards Parade, Kensington Palace, Big Ben, British Museum, Westminster Abbey, etc. etc. Looking back it seems like I must have been overwhelmed, but I had the best guide ever and it did not feel like too much.

After that first impression I’ve visited London many times. Sometimes it was just an in-between destination for me, sometimes I stayed at friends’ and I was just in town to catch up. Other times I was the ‘tour guide’, when I arranged the first visit to London for friends and my husband. It completely depends on the interests of the visitors what would be best to do and see, but here are some suggestions that are usually fine with everyone. 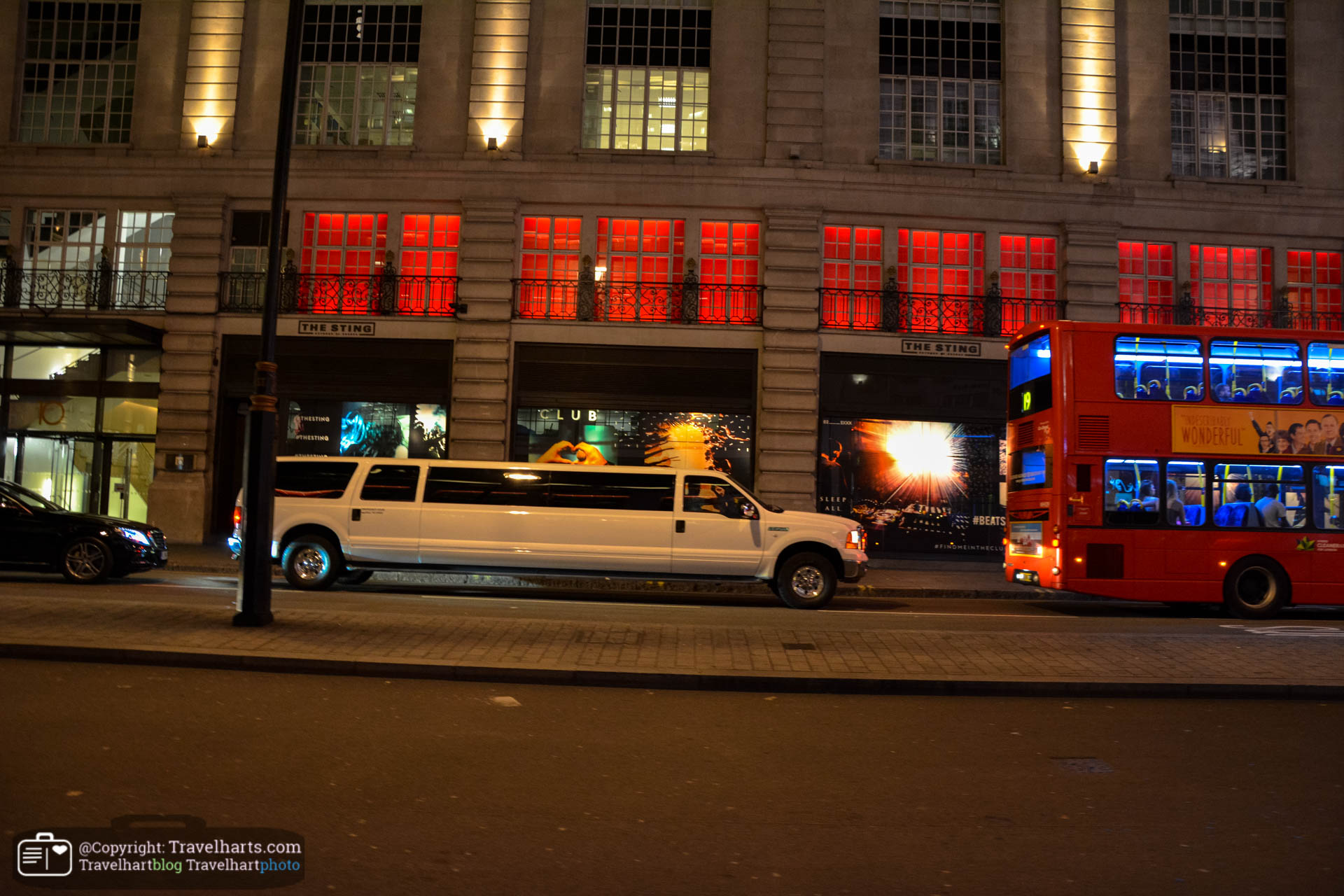 1. See a play of musical at West End.

One thing we did not do during that first visit, but what we did during our latest one is to go to a musical. Just like Broadway in New York, people know West End for its many musicals and theater productions. One of my friends is a singer of an amateur Broadway choir himself, so we knew we had to come up with something great.

I used Ticketmaster, a convenient website where I could book and pay for most productions. Although booking ahead is more expensive it saved me time and possible disappointments on the day itself. If you don’t want to see a specific show and have half an hour spare time, you can queue at TKTS at Leicester Square and get tickets for the day itself at great discounts.

Because my friend already knew some songs from The Phantom of the Opera, I thought he might like to see the entire musical. And so he did. The show is one of the longest running musicals and for a reason. It was spectacular. One piece of advice: Her Majesty’s theater, where the Phantom shows, was built in 1897 and like other old theaters the seats are quite small. I booked seats on the balcony, but the three men that accompanied me for the evening had to stand in the isle. Every now and then to stretch their legs. Admitted: Dutch men are tall. Still it’s something to take into account. 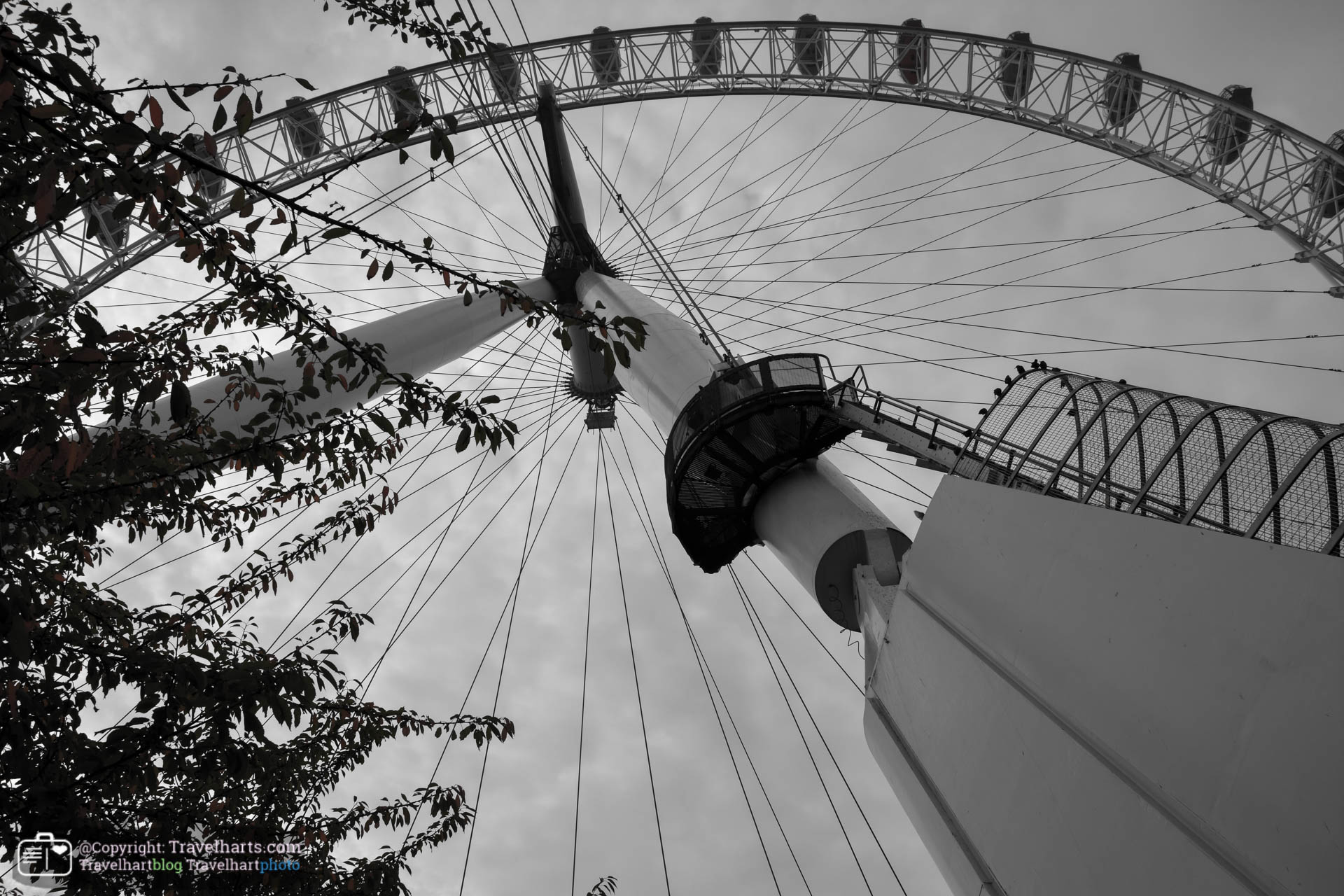 2. Enjoy the view from the London Eye.

One thing that did not exist during my first London experience is the Ferris wheel called ‘the London Eye’. You can find this attraction near the river Thames and from inside you get a great view over the river and all the buildings close to it. Its ceremonial opening was at the millennium, but they did not finish the construction until March 2000. These days it’s Britain’s most visited tourist attraction and sponsored by Coca Cola.

The original name for the London Eye was ‘the Millennium Wheel’. At the opening it was the world’s tallest Ferris wheel, but these days there are several taller ones and the London Eye is now said to be ‘the world’s tallest cantilevered observation wheel’. There are 32 capsules, each one representing one of London’s boroughs. Each capsule can hold 25 people. When we went in we knew one of us was afraid of heights. However during the 30 minute ride he experienced no problems, not even at the top altitude of 135 meters (443 feet). 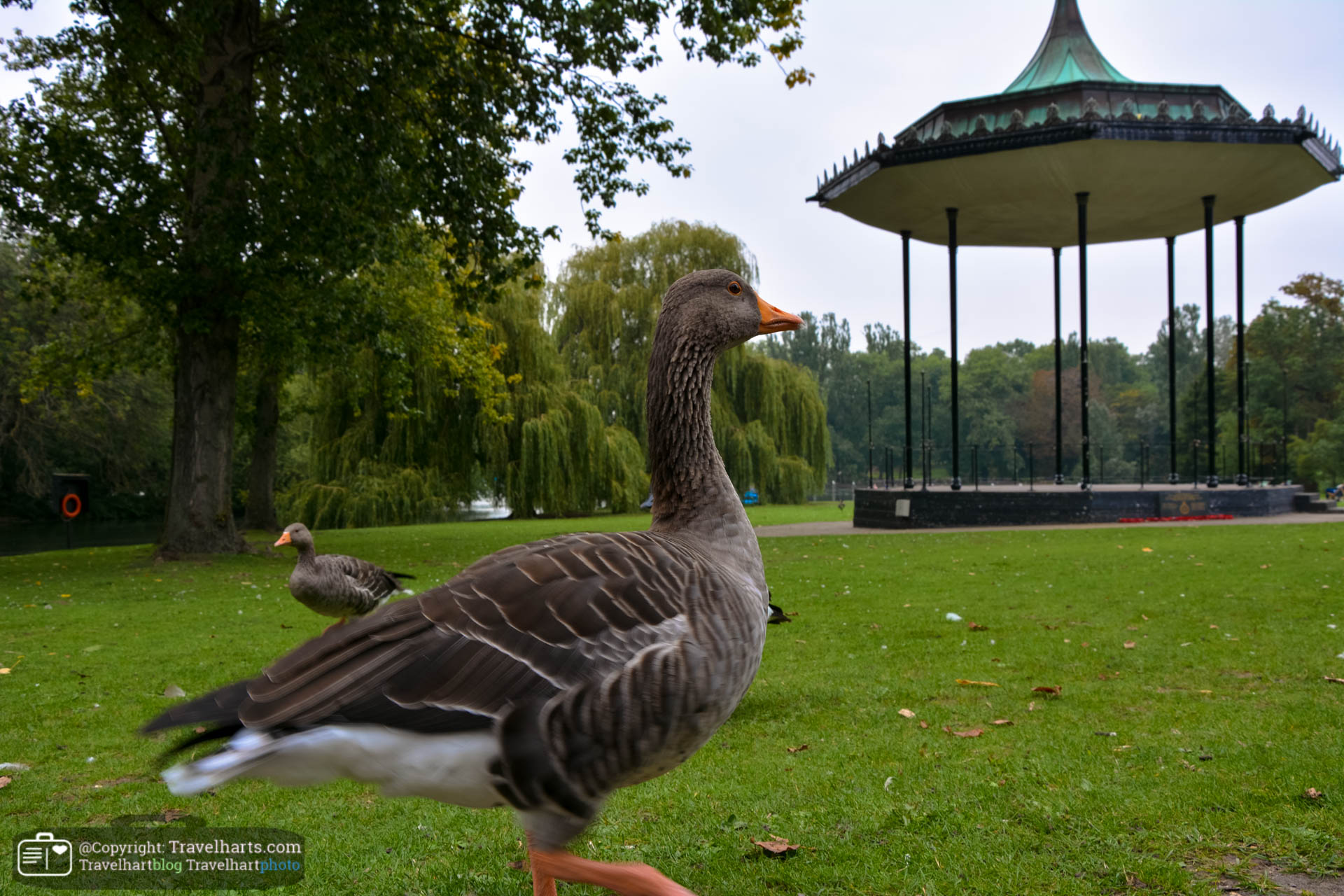 London has several great parks, where you can sit down and lose the feeling of being in a crowded city. The first time I took my husband to London we only had an hour to spend. I took him to Regent Park, where we walked around for a bit. Most of the parks have squirrels and other animals running or flying around. There are usually quite a few benches to sit down and relax. The English parks are well taken care of and a pond, rose bushes, a band stand and well planted flower beds are not uncommon.

One of the famous parks in London is Hyde Park. Originally it was a hunting ground. In 1637 it opened to the public. Since then it’s been an eventful park. Duels took place here as well as the Great Exhibition in 1851, demonstrations and many free concerts. It is the largest of the four Royal Parks in London.

In most lists of London’s top parks one can find St. James’s Park. This is no surprise. From this park, the oldest of the Royal Parks, you have a good look at Buckingham Palace. It is here that you can see the Horse Guards Parade and the Mall. At the Horse Guards Parade you can witness the Trooping the Colour at the Queen’s Birthday and the Changing of the Guards twice daily. The Mall is the route along which the Royal Processions take place. In St. James’s Park there are many ducks, swans, geese, but also pelicans. The last mentioned were a gift of the Russian ambassador to Charles II in 1664. 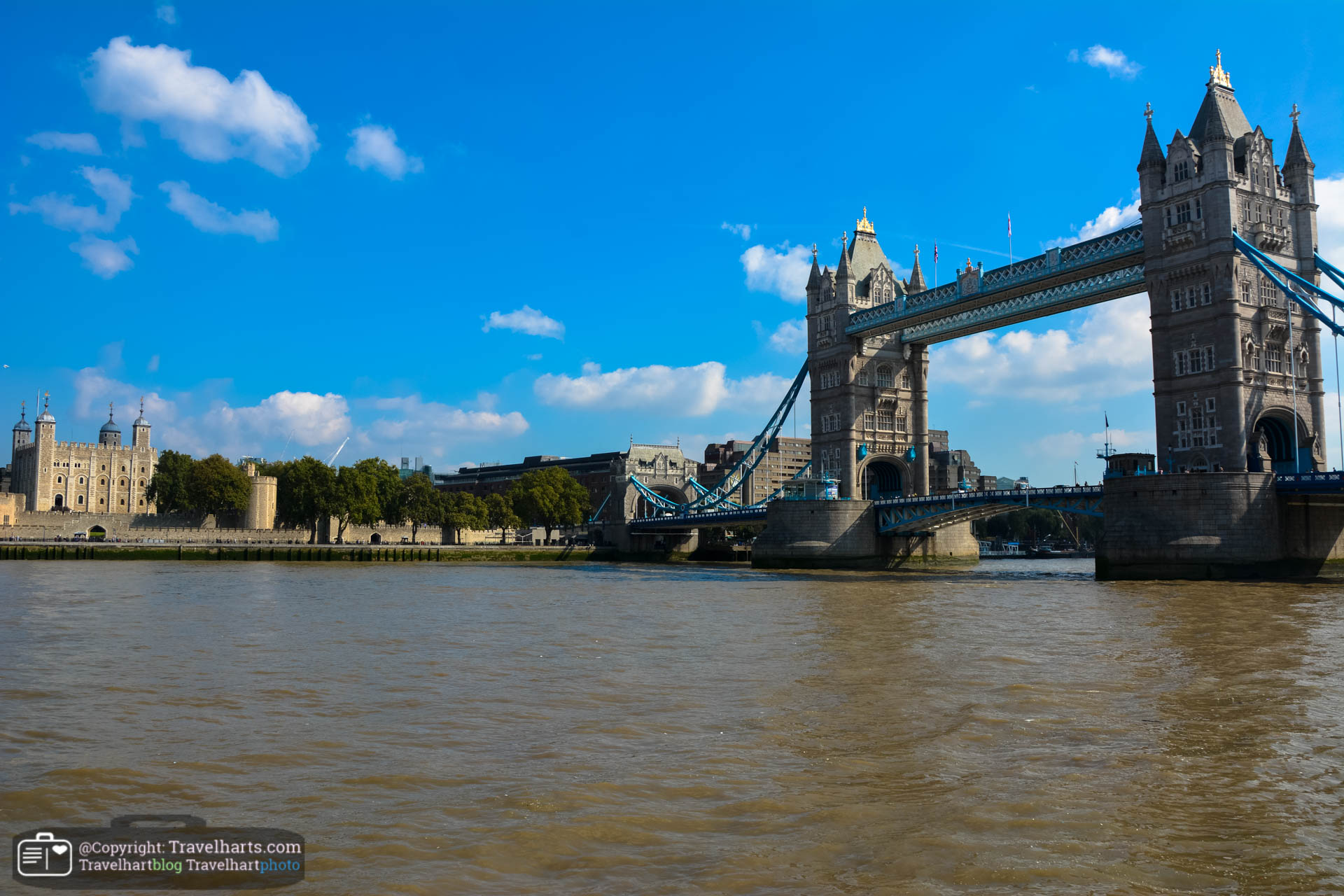 There are many fascinating buildings to visit when you’re in London. My personal favorite is the Tower of London. But depending on your interests there London of course has many other historical buildings to go to.

I’ve been to the Tower of London several times and, although it is one of the most visited places, I still find it very impressive. The entrance fee is not cheap, it’s GBP 24.70. But for that prize you get to see the Crown Jewels, you get to enter all the public areas and you can join a tour. The last time I was there I was pregnant with our daughter and I did not feel like climbing. So while the others did the climbing I sat down on one of the benches outside and imagined what this place would have been like centuries ago.

The Tower has a long history. My husband wrote a bit about it in his photo album on the Tower of London. The most famous tower, the White Tower, is a donjon or keep. Our most loyal readers might know what that is, since I previously wrote about a donjon in Huriel, France. Although it originally provided accommodation, it later became a prison and a storage place for gunpowder. 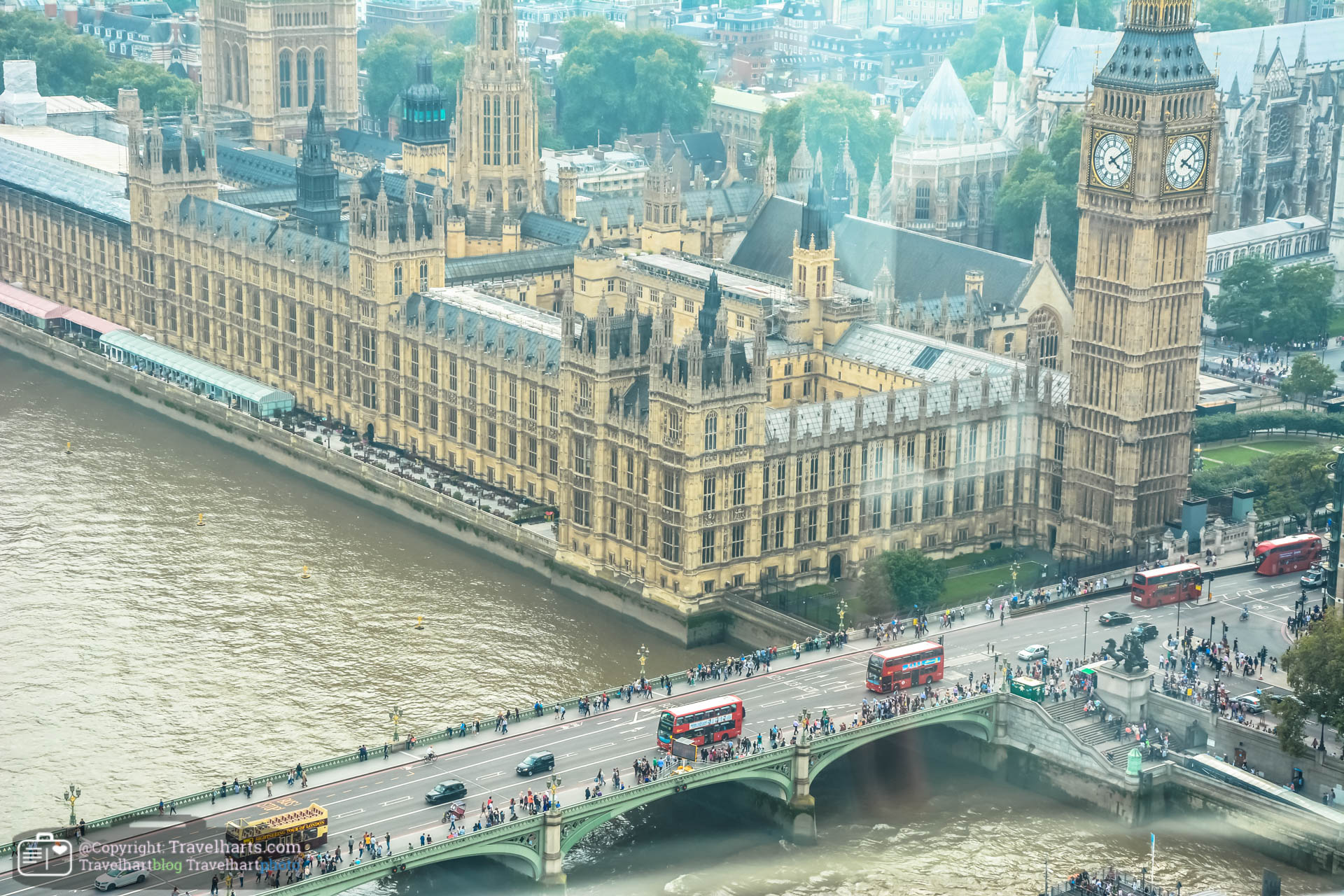 The princes in the Tower.

In 1483 Edward and Richard, the two only sons of King Edward IVth, lived in the Tower after their father had passed away that year. Edward was supposed to become King and it was common to lodge in the Tower while awaiting a coronation. Their uncle, Richard III, was assigned to look after the children. Instead of Edward becoming a King, they proclaimed the marriage of Edward IVth bigamous and the children illegitimate. Richard III then took the throne himself and the boys disappeared about a month later. It was rumored that King Richard III had them killed. King Richard III himself died in battle 2 years later.

Almost 2 centuries ago they found a box in the Tower with the bones of two small skeletons inside. They were buried inside Westminster Abbey. To this day it is not proven that these skeletons belong to the ‘princes in the Tower’.

There were more skeletons found in the Tower that could as well be those of the boys. They examined the bones in 1933, but this examination has been criticized. The current Queen, Queen Elizabeth II, has not given approval for DNA research on the bones. Even if they could prove that the bones belong to the princes, it would be virtually impossible to prove they were murdered, let along how and by whom. It remains an interesting history. 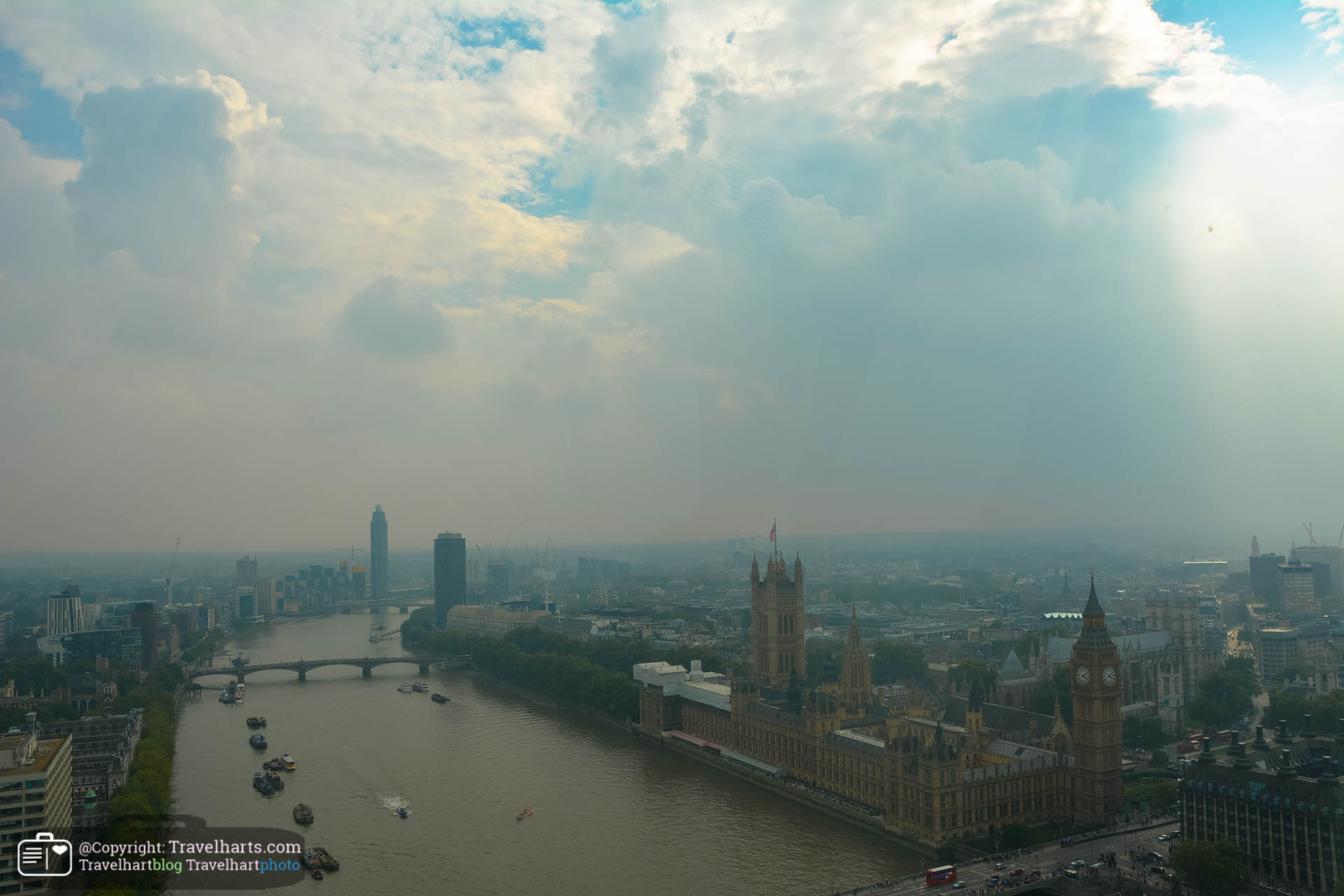 5. Spend some time in a museum.

The biggest and most famous museum in London is probably the British Museum. The entrance to this museum is for free (apart from special exhibitions) so you can also opt for just seeing a bit of it. I even went in there once just to see one room that was filled with Chinese porcelain. The collection of Sir Hans Sloane, an Irish physician and scientist, was the basis of the British Museum as well as the British Library. It consisted of 71,000 pieces. The British Empire made sure it grew enormously. Critics argue that the Empire has stolen some of the artifacts, also memorable pieces like the Parthenon marbles and the Rosetta Stone, and that the museum should return them to their rightful owners. Either way, its permanent collection of 8 million works is impressive.

A lot of people also visit Madame Tussaud’s when they are in London. Personally I would not go there, especially not during a first visit. There are so many free museums in London whereas for Madame Tussaud’s you get to pay at least GBP 29. Also: there are Madame Tussaud’s in 23 other cities in the world. I admit, the one in London is the biggest, but it is certainly not the most special museum to go to when you go to a city you haven’t been to before.

The British Museum is not the only museum in London that is free to visit. Many are free to enter, e.g. the Natural History Museum, Imperial War Museum and the Science Museum. Some of the great art museums are Tate Modern, the Portrait Gallery and the Wallace Collection. Here you can enjoy beautiful paintings and drawings of famous masters like Andy Warhol, Claude Monet or Peter Paul Rubens. 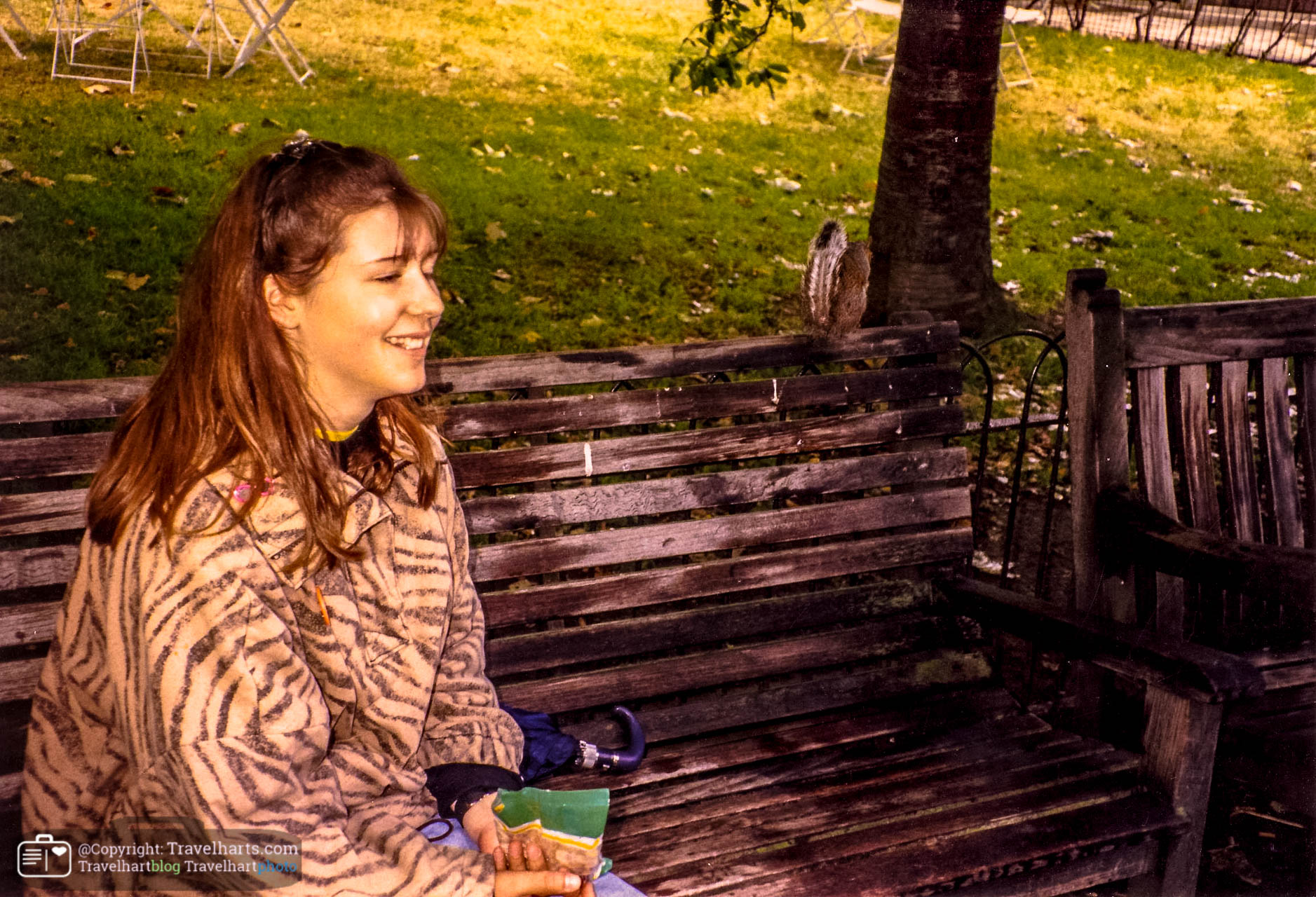 Another beautiful city to visit is Paris. I wrote a story called ‘Paris in a day‘, with some travel advice. 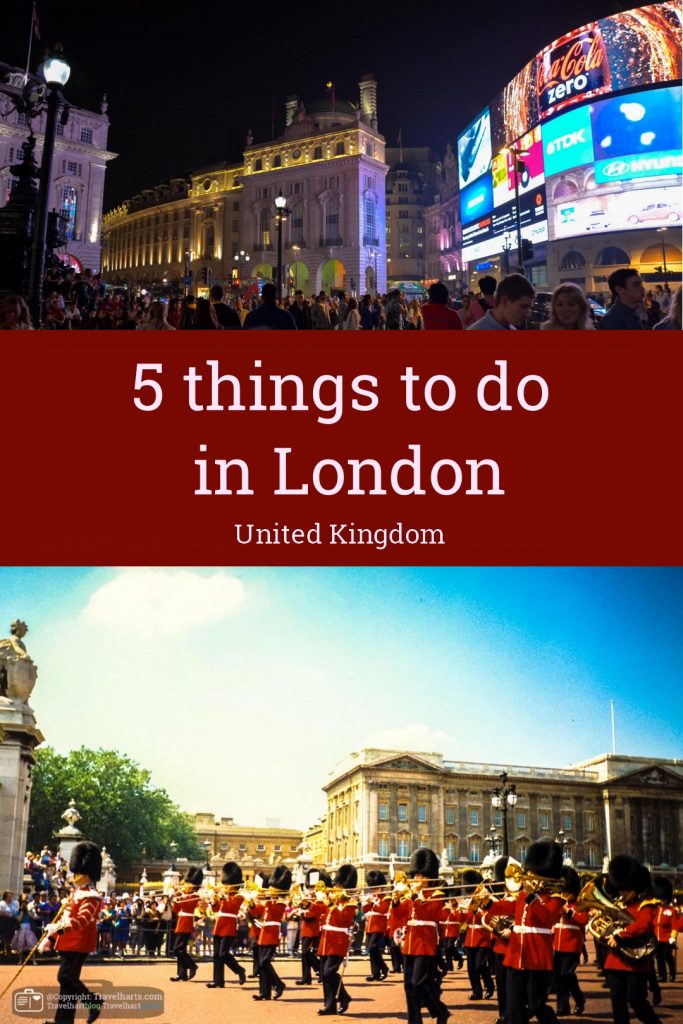